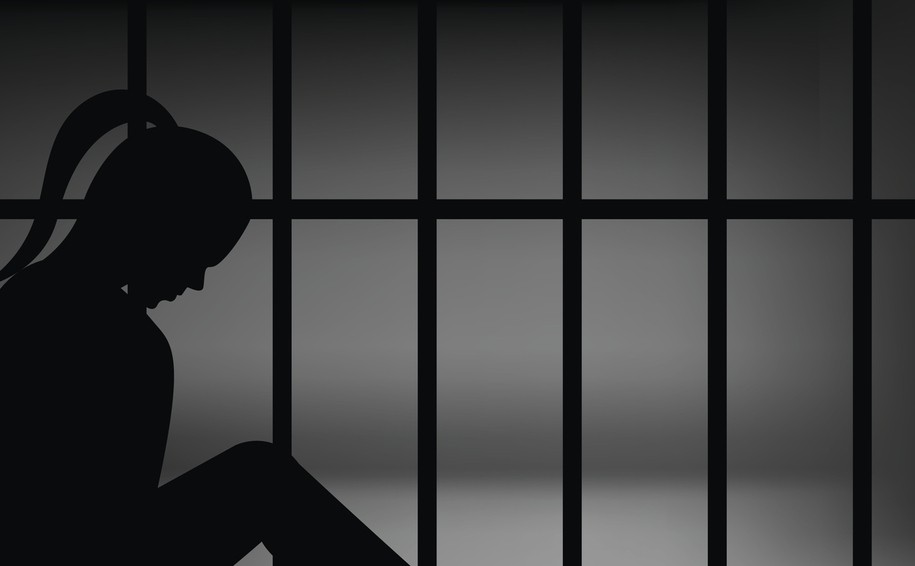 
“The conditions is terrible,” said one woman in a recorded interview with PCBF. “First of all, they don’t have no air circulation over here. I had an asthma attack already. The showers don’t work, they don’t have nowhere you can wash your clothes at, or drink water at. Everything is bars, and being as they have men working the block they can just walk through and just see everything that you do. They don’t bring us anything—we have one fan that’s circulating the whole block. I just want them to know if I pass away before I come home, I want my mom to know I love her. Because I’m not—I don’t think I’m going to make it.”

Before August, these women and gender nonconforming people, the majority of whom are Black and being held pretrial, were incarcerated in Riverside Correctional Facility (RCF), one of the county’s more modern jails. However, without warning, during the week of Aug. 10, over 100 of them were transferred to ASD and MOD 3 and now face much older facilities, cramped conditions, and potential infection from prison staff who don’t always wear masks.

While people were housed one person per cell at Riverside, one woman told PCBF that at ASD, “there’s like 40 people in one bunk … and we can’t social distance.”

As these women and gender nonconforming people were transferred out of Riverside Correctional Facility, nearly 500 men have been moved into Riverside in their place after previously being held at Philadelphia’s Detention Center (DC). In April, three men incarcerated at Detention Center filed a class-action lawsuit alleging that facility staff were failing to adequately protect them from COVID-19. The lawsuit alleged that detained people were being held two to a cell, were not given soap or personal protective equipment (PPE), and were forced to live in unsanitary conditions. The city attributes the transfer to capacity concerns, with an August press release from the Philadelphia Department of Prisons saying that the aim was to “maximize bed capacity for the prison population and allow for the highest operational efficiency.” The press release also alleges that the transfer plan was in place long before the onset of COVID-19 and thus, before the class-action lawsuit.

However, Candace McKinley, lead organizer with PCBF, says this rapid transfer of men out of the Detention Center aims to evade the allegations coming out of the April lawsuit. She also says that although the men have been moved, women and gender nonconforming people are now quietly being detained at Detention Center and facing the same conditions.

In an email to Prism, Deana Gamble, communications director for the Philadelphia Mayor’s Office, wrote, “The women were moved to ASD to accommodate the sizable decrease in population which left over 450 beds at RCF unfilled. It was operationally responsible to move the women to a site that better represented the smaller population. Because of this move, the Philadelphia Department of Prisons was able to reassign the male population from the Detention Center, an older facility without air conditioning, to Riverside Correctional Facility.”

For those actually incarcerated inside the Detention Center, however, conditions are far from “viable.”

“They brought me from MOD 3 to DC where it’s infested with roaches, it’s infested with rats, we had no heat over here at all,” said a Black woman incarcerated in the basement of the Detention Center during a recorded interview with PCBP conducted this month. “[W]hat I was told from a sergeant was we’re not supposed to be here, that’s why we’re hidden down here in the basement. It’s literally a condemned building.”

Since PCBF’s founding in May 2017, they’ve bailed out more than 500 people, and roughly 90% have been Black and brown folks. The majority of those bailed out over the weekend were Black women. In Philadelphia, in order to secure someone’s release from pretrial detention, 10% of the set bail amount must be paid. This weekend, the Bail Fund paid amounts ranging from $30 to $250. While these numbers may be low, it means that the total bail set in these cases are $3,000 and $250,000, respectively.

This summer, following the protests against police violence and subsequent attention brought to bail funds nationwide, PCBF received over $2 million in donations. With the help of those funds, PCPF has been able to bail out 325 people this year alone.

Knowing their services would continue to be needed, especially as conversations about bail funds began to recede, PCBF set aside roughly $180,000 from their summer donations and put it toward emergency bailouts and this weekend’s mass bailout.

Philadelphia has been at the center of conversations about criminal justice reform in recent years, particularly since the 2017 election of the county’s current District Attorney Larry Krasner, who ushered in a wave of public interest in “progressive prosecutors.” However, that progressive image has not necessarily translated to on-the-ground change or meaningful efforts at decarceration. This May, in response to calls for defunding the police and mass releases in the face of the pandemic, the Philadelphia county jail population was reduced by roughly 17%. McKinley says that rather than conducting mass releases that would have had a more significant impact, the city made a handful of small releases and shifted away from police arrests of lower-level, petty offenses. Even these changes came only after a lot of direct action targeting Krasner, the mayor, and the First Judicial District, she said. Since then, as the pandemic has worn on, McKinley feels that those in power have felt less pressured to make sustained changes. Currently, there are hundreds more people incarcerated in the county’s jail population than there were in May.

“They just decided to go back to business as usual,” said McKinley, “like the police stopped their policy and went back to the old ways of just arresting people. The DA was still calling for really extraordinarily expensive bails for people even though he said he was only going to do that in a very limited number of charges.”

According to a report produced this year by the Philadelphia Community Bail Fund, Krasner routinely asks bail magistrates to set bail at nearly $1 million. Out of a random sample of 451 bail hearings held between March 21, 2020 and May 1, 2020, the Bail Fund found that Krasner’s office requested bail to be set at $999,999 in over half of all of the cases reviewed.

In 2021, PCBF hopes to increase the political pressure they place on elected officials to end cash bail and defund the carceral system broadly. The group is also preparing for their annual youth bailout on Jan. 15—particularly important this year amid emerging reports that young people held in the juvenile unit at Riverside County Jail are contracting COVID-19.

For at least 30 women currently inside, this past weekend was an answer to months of pleading for attention, action, and help. Their relief came through the efforts of the bail fund and the everyday donors who support their work, but for widespread change to come, it’s on the shoulders and conscience of political leaders to take action.

“It’s not fair, just let us out and go to our court dates,” said a woman incarcerated at RSD. “These judges aren’t hearing people out from their heart, mind, body and soul. I just want them to know everyone that’s incarcerated should not be treated like an animal, a dog or a slave. Like I cry all day. What good is it when the judge is looking at what’s on the paper and not on your heart?”

To listen to recording of detained women telling their stories in their own words, click here. 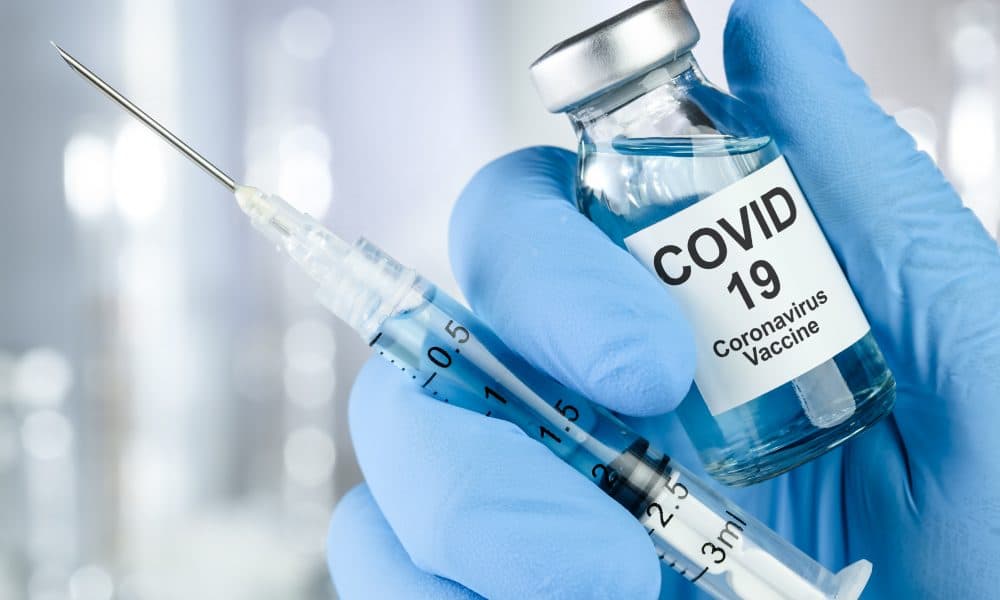 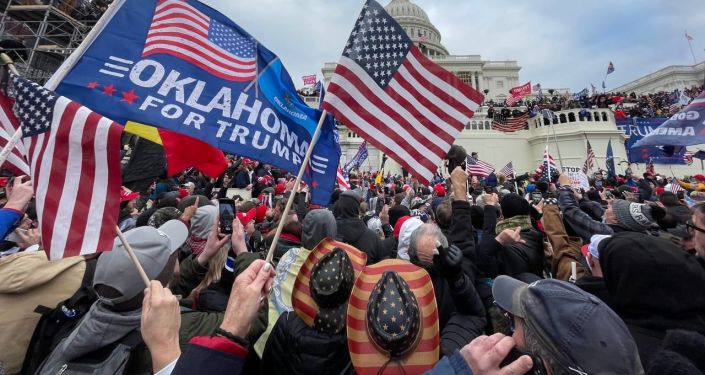 Situation in Washington, DC After Pro-Trump Rioters Breach US Capitol