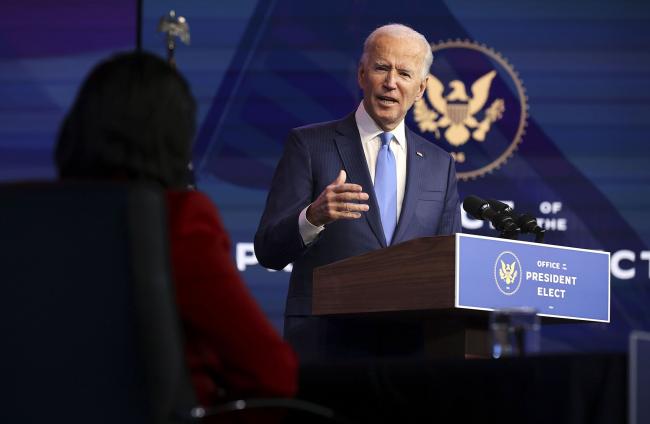 © Bloomberg. WILMINGTON, DELAWARE – DECEMBER 11: U.S. President-elect Joe Biden speaks during an event to announce new cabinet nominations at the Queen Theatre on December 11, 2020 in Wilmington, Delaware. President-elect Joe Biden is continuing to round out his domestic team with the announcement of his choices for cabinet secretaries of Veterans Affairs and Agriculture, and the heads of his domestic policy council and the U.S. Trade Representative. (Photo by Chip Somodevilla/Getty Images)

(Bloomberg) — President-elect Joe Biden introduced members of his domestic-policy team on Friday as he works to round out his cabinet and senior White House staff before Christmas.

“Some are familiar faces. Some are new in their roles,” Biden said. “All are facing new circumstances and challenges. That’s a good thing.”

Biden, introducing the selected officials in Wilmington, Delaware, praised Vilsack’s experience, calling him “the best secretary of Agriculture, I believe, this country has ever had. I asked him to serve again in this role because he knows the USDA inside and out.”

Vilsack noted that his journey to the top of government started in a Pittsburgh orphanage and said that “unfortunately and tragically not all have experienced those possibilities.”

He vowed to work on “rooting out inequities and systemic racism” in Agriculture policy and ensure “that every child in our country and all those who are in need” have access to safe, nutritious food.

Biden is also drawing members of his administration from Capitol Hill, though only sparingly, given Democrats’ narrow House majority come January. Ohio Representative Marcia Fudge is his intended nominee for secretary of Housing and Urban Development and Katherine Tai, who is currently chief trade counsel on the House Ways and Means Committee, is his pick for U.S. trade representative.

Biden noted that Fudge will be the first woman to lead HUD in more than 40 years.

“She’s going to lead our charge to make housing more affordable and accessible,” he said. “We have to be able to build wealth in communities of color.”

If confirmed by the Senate, Vilsack would return to the Department of Agriculture after serving as president and chief executive officer of the Dairy Export Council, which promotes sales of American dairy products abroad. Vilsack is a longtime Biden supporter and friend, who endorsed him during Biden’s first presidential campaign in 1987 and again last November, even as Biden’s campaign struggled in Iowa.

McDonough would be just the second non-veteran to lead the Department of Veterans Affairs. But Biden said he comes to the job as a “world class manager” who brings deep knowledge of how to navigate the federal bureaucracy.

The VA, which has faced scandals under Republican and Democratic administrations, has been the fastest-growing cabinet department over the last decade and is second in size only to the Defense Department.

Rice will lead what the Biden transition called a “newly empowered” Domestic Policy Council after a career spent largely in foreign policy. Biden had considered choosing her as his nominee for secretary of state but, among other concerns, was aware that she would face a difficult road to Senate confirmation. Instead, he’s given her a staff job that does not require a Senate vote. Rice continues to face opposition from some Republicans over controversial talking points she delivered after the attack on the U.S. consulate in Benghazi, Libya in 2011, and over the unmasking of Trump National Security Adviser Michael Flynn in 2016.

Fudge and allies in the Congressional Black Caucus, including Majority Whip James Clyburn, had been campaigning for her to lead the Agriculture Department, given her fierce criticism of Trump administration efforts to tighten eligibility rules for food assistance for millions of Americans. Instead, she’s been chosen to help Biden tackle poverty from another angle, leading the new administration’s response to the housing crisis created by the coronavirus, as tenants facing eviction seek rent relief and more Americans are pushed into homelessness.

Tai, if confirmed by the Senate, would be the first Asian-American to lead USTR. She was a key figure in negotiations with the Trump administration and House Speaker Nancy Pelosi on a revamped North American Free Trade Agreement, which passed both the House and Senate with overwhelming bipartisan majorities and was signed by Trump early this year.

“I’m very proud to be an advocate for American workers, to stand up for their ingenuity and their innovation, and for America’s interest across the globe,” Tai said. “I look forward to harnessing the power of our trade relationships to help communities lift themselves out of the current crisis.” 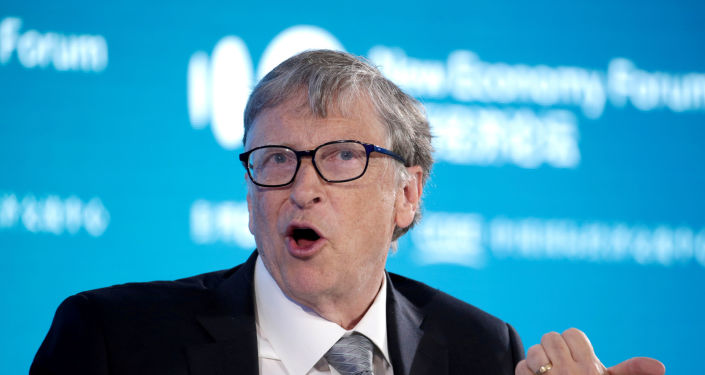 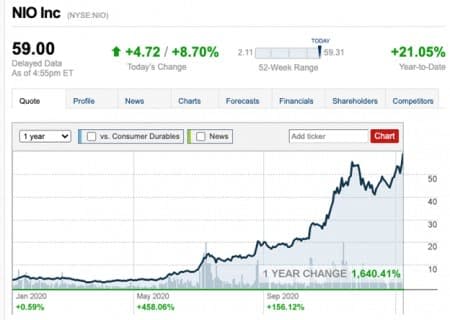 3 Electric Vehicle Stocks That Could Boom In 2021