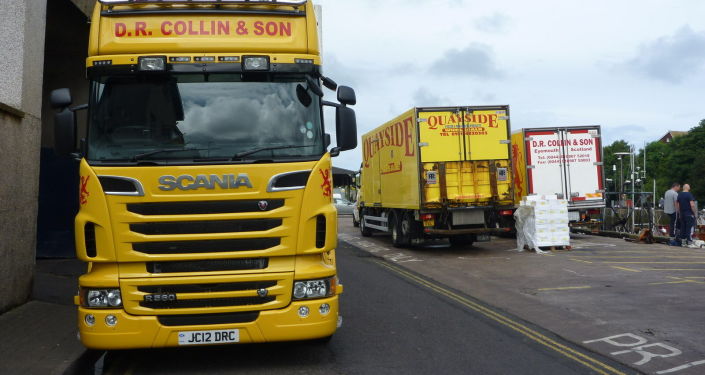 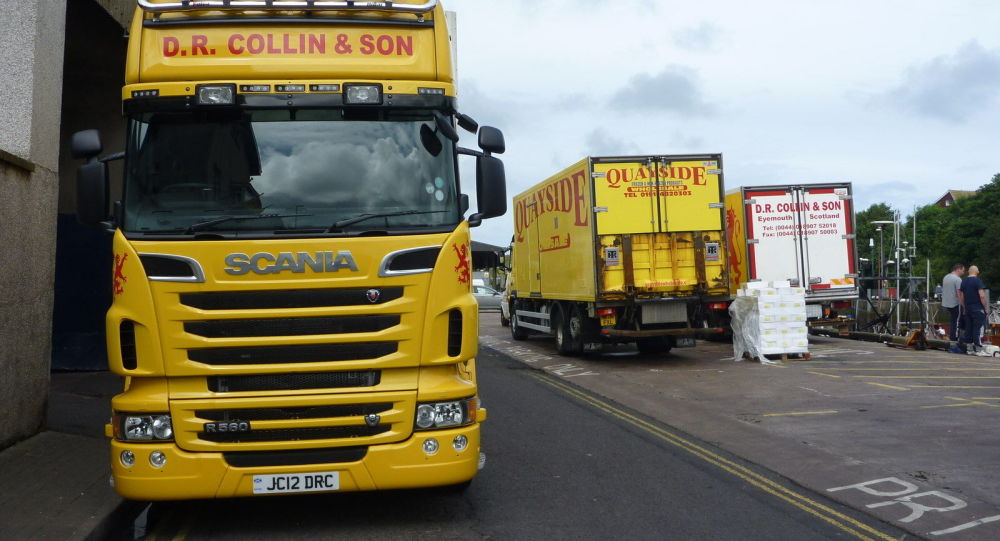 British businesses are drowning in EU red tape after the UK left the bloc’s single market and customs union. While Labour politicians are routinely lashing out at the PM and Tories for Brexit inconveniences, Britons say it’s the EU that is taking its sweet revenge on them for withdrawing from the union.

Although Brussels and London struck a much anticipated trade deal on Christmas Eve, it has not liberated UK exporters from the necessity of filling out a bunch of paperwork, in order to comply with rules regarding origins, VATs and health checks so that they may deliver their products to the continent.

Thus, new post-Brexit rules may cost British exporters up to $34 billion in 2021 due to weak demand and excessive bureaucracy, according to the latest report by Euler Hermes Group SAS, a trade insurance company.

“It’s not the British people that are trying to be awkward with the Europeans,” says Phil Houlton, operations director of the Staffordshire-based haulage firm DWP and Sons. “It’s definitely the other way around. And I’m telling you now it comes from the top. So it’s Brussels, the rest of the European governments that are inside that European community. They are the ones that are saying: ‘Britain is leaving, they’re bad people, we don’t want them here. We don’t want to work with them’. And this is cascading down through the rest of the people in the country.”

Houlton explains that it is very difficult to export goods from the UK across the Channel onto the continent. While previously his vehicles used to be able to do three short trips to Belgium in one week, now we can’t do it twice. “We’re losing thousands of pounds every week”, he says, adding that it takes three hours to do the paperwork and about the same amount of time to take COVID tests, which means that a driver is losing nearly a whole day of work while sitting around waiting for paperwork.

“We move some meat products that were chilled/refrigerated”, the operations director elaborates. “And those goods, they sat there for five days. The problem was that there was one missing document that our customer didn’t give us. And even when we got that document, the French didn’t want to accept it because it wasn’t even in French. So then we had to get the same document translated into French.”

Britons are facing great difficulty exporting goods to the EU due to long delays to clear customs, agrees Pete White, transport manager at Whites Transport Services. In contrast, “to import to the UK is okay – we’re not having any difficulties,” he remarks.

White points out that any goods that involve animal products, in his case fresh meat and eggs, are particularly hard to move to the EU. To illustrate his point he described a case when 10 trailers belonging to his company spent 135 hours waiting for clearance and their paperwork was correct.

“There are many different types of forms required for different commodities, different destinations,” the transport manager says. “They estimate there will be 220 million documents created annually to cope with export and import to the UK.”

In addition to piles of paperwork, it appears that the European customs workers are “overzealous”, checking every “j” that’s not dotted or “t” that’s not crossed and then kicking all the forms out, says Phil Houlton.

“They’ve said they are stopping the British people purely because of Brexit,” he insists. “So, this situation, it comes from the top; you know, all of these people – you just go back 19 days – were our really good friends, our partners that we worked hand in hand with, and are now working against us”.

TalkRADIO host Mark Dolan appears to share similar suspicions: during his Monday show he accused Brussels of punishing Britain for Brexit by allegedly making UK businesses jump through all sorts of bureaucratic hoops to get their goods to mainland Europe.

However, Pete White believes that more staff at the border and more training may help fix the problem: “This is a system that has not had enough time to set-up properly,” he says. “They need more staff. They need more training. And with the goods that we carry that require veterinary controls, they need more vets. And that is on the UK side as well.”

The post-Brexit situation is no less complicated in Northern Ireland, which has faced food shortages and disruptions of supplies from Britain. While this was immediately blamed on Brexit by Minister for Foreign Affairs Simon Coveney, Ian Paisley Jr, Democratic Unionist Party MP for North Antrim argues that it’s not the case.

“Simon Coveney, the Irish foreign minister, is completely wrong,” Paisley highlights. “The food supply shortages and the other issues that we’re facing are not to do with Brexit, but are actually to do with what’s called the Irish protocol, which Mr Coveney and the European Union insisted should be applied to Northern Ireland.”

“The Northern Ireland protocol is causing us significant problems in terms of food shortages, in terms of haulage and delivery of goods into Northern Ireland, and disrupting our trade – all to advance the Republic of Ireland,” the Democratic Unionist Party MP notes. “And we predicted this would happen a year ago. We said that if you put a protocol in place, it’s designed to punish the United Kingdom for leaving the EU and it will also punish Northern Ireland.”

According to the parliamentarian, Northern Ireland’s economy is very strong specifically because it’s part of the UK. However, if the protocol-related food shortages and supplies disruptions continue, it would be very disastrous for the region and its people, he warns.

“So, we’re saying that there is a remedy to this and there is a clause within the protocol that allows us to set it aside”, he stresses. “And we’re saying we should be allowed now to set aside the protocol and have the full Brexit that the rest of the United Kingdom is now enjoying.” 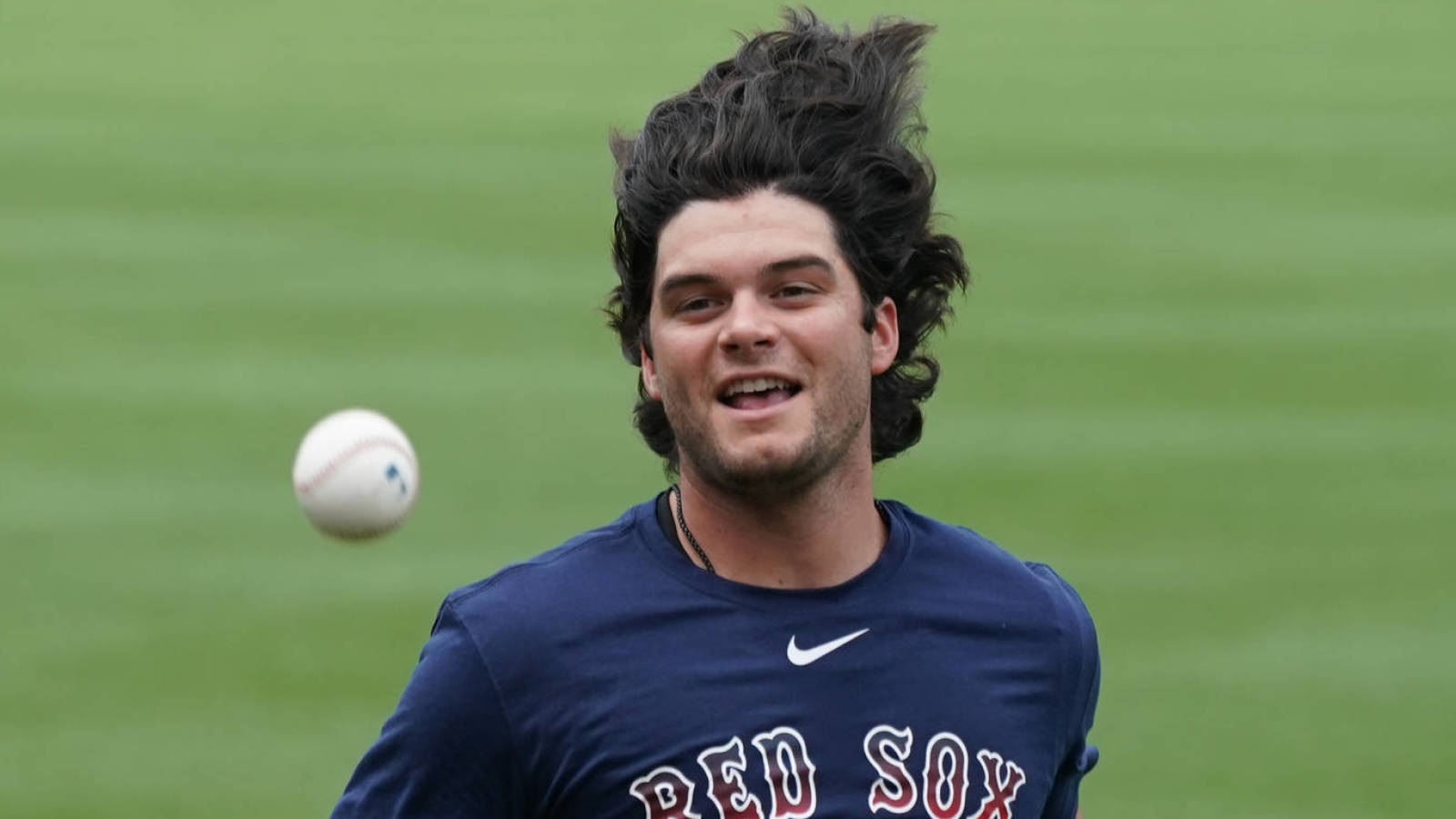 Twelve people have been arrested after violence broke out in Lyon, France, where protesters burned cars and launched fireworks in

The official website for The New Prince of Tennis: Hyotei vs Rikkai Game of Future anime unveiled a promotional video,