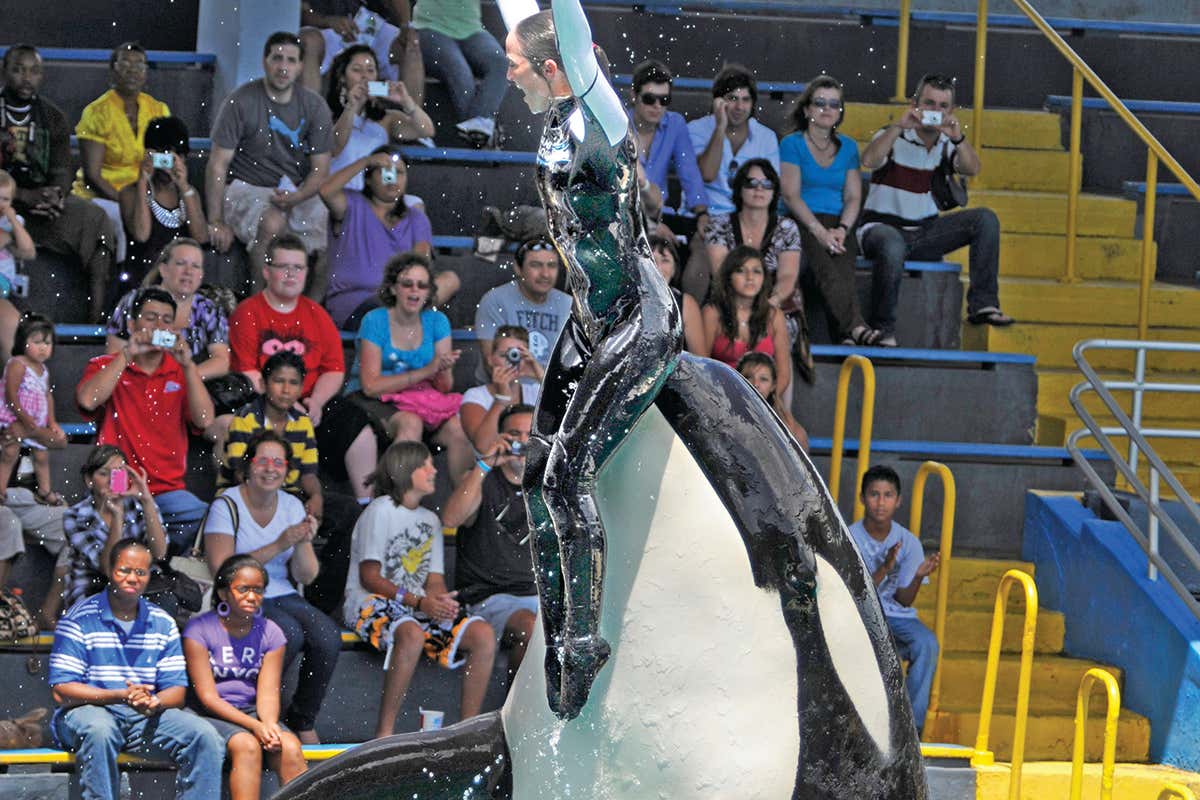 
Members of the Native American Lummi Nation consider a captive orca called Sk’aliCh’elh-tenaut to be their kin. Now they are using extraordinary means to gain her release

ABOARD a small boat in Biscayne Bay, Florida, Raynell Morris (Squil-le-he-le) beats a steady rhythm on a handheld drum. When she shouts towards the shore, her voice cracks with emotion. “Your people are here,” she says. “We’ll bring you home.”

Morris’s call is directed at the Miami Seaquarium where an animal she considers her kin is kept in captivity. Sk’aliCh’elh-tenaut – also known as Tokitae or Lolita – is a Southern Resident orca. It is the last week in September, and Morris has travelled 5500 kilometres from her home in Washington state to mark the 50th anniversary of the whale’s capture. Sk’aliCh’elh-tenaut’s incarceration remains an open wound for Morris and the rest of the Lummi Nation, the Native American people in whose territory the whale was taken. Various groups have been fighting for her release for decades. Now, the Lummi are leading a new approach.

The latest bid to free Sk’aliCh’elh-tenaut centres on her cultural significance, striking at the heart of questions about how to recognise Indigenous rights and make amends for historical harms. Morris and another Lummi tribal elder, Ellie Kinley (Tah-Mahs), intend to sue the Miami Seaquarium to release Sk’aliCh’elh-tenaut under the Native American Graves Protection and Repatriation Act (NAGPRA), the federal US law governing the return of objects of cultural importance to Native Americans. If they do, it would be the first time the law has been applied to a living being. Those involved believe it is the best hope yet of getting Sk’aliCh’elh-tenaut released.

Southern Resident orcas are a single … Rising Water Temperatures Could Be A Death Sentence For Pacific Salmon

Come On, it’ll be Fun! : shortscarystories