Seeing as I had no blogiversary gift to bring, I was planning to play for you pa-rum-pum-pum-pum on my drum, but I forgot that I sold my drum to buy my partner Michael a new watch fob. (Wait’ll I find out that he sold his watch to buy me drum lessons—D’oh!) So instead I’ve chosen to continue our annual tradition of reposting the very first Cheers and Jeers.  To sweeten the deal, I’ve persuaded a masked all-star panel—Fox News’s Jeanine Pirro, President-elect Joe Biden and, via Twitter, Senator Chuck Grassley—to join me in providing exclusive DVD commentary from behind several panes of CDC-approved plexiglass.

C&J thanks you for choosing to spend seventeen of our republic’s weirdest years with us. Now join us as we pull the lever on the wayback machine with The first-ever C&J from December 10, 2003, and yes, these are all real Grassley tweets (and most of the Pirro comments are as well):

Dispatch from THE GREAT STATE OF MAINE…

Bill in Portland Maine: Thanks for joining our running commentary of the first Cheers and Jeers, from December 10, 2003. The first thing I want to say is: “Dispatch?” Really?  What is this, World War I?  Was I sending a telegram to President Wilson from a battlefield in France?  I quickly dispensed with dispatch.

Jeanine Pirro: Now listen up! Yeah, I’m talking to you—don’t act so pompous. You’re wrong. You all disgust me and I’m not as think as you drunk I am, so shove your dispatch!

Chuck Grassley tweet: I wanted to learn how the famous Casey’s pizza was made Now I know why the Casey’s pizza in New Hartford is always so fresh

BiPM: If you look carefully you’ll see C&J’s very first punctuation error. That apostrophe still haunts my dreams. And I’m disappointed TV Guide hasn’t sued me yet. I could use the publicity.

Jeanine Pirro: George Soros and the Demon Rats have done more to sow the seeds of fake punctuation ever since this guy next to me, Hugo Chavez in a Joe Biden face mask, claimed to be the vice president. This whole Cheers and Jeers is a—[Hic!]— sham.

BiPM: I found Daily Kos by following a link from Dean’s blog not long before I posted the first C&J. That was the first political campaign I participated in that really excited me. This place went wild when Al Gore endorsed him for president. The run-up to the actual 2004 primaries and caucuses was such a blast here at Big Orange.

Jeanine Pirro: Are you schizo? Who are you? You bozo namby-pamby pathetic loser!

Grassley tweet: Could there be a real history channel since I just heard the channel say there will history every Sunday night. Great news if it feallyhappens

JEERS to the Medicare bill.  Democrats asleep at the wheel while Nero (Bush) fiddles.  This turkey’s as fake as the one in Baghdad mess hall.

BiPM: Ah, yes…the fake turkey.  And the Medicare bill was the one where the chief actuary was threatened with his job by the Bushies if he revealed that it was basically a textbook case of deficit spending, plus it had a big gaping hole in it that Obamacare had to plug. Oh, and my play on the word “turkey” was pretty nimble, I thought. It earned me my first Pulitzer committee restraining order.

Jeanine Pirro: Have you flipped your lid? You’re so clueless, you don’t even know you’re being used. You’re nothing but a shill!

Grassley tweet: But in case of this pidgin i could actually pick up bird. No life whatsoever

JEERS to Joe Lieberman.  Credible rumor now pegs his camp as source of Monday’s Dean/Gore leak. Were sour grapes pouting all an act?

BiPM: What happened was, Gore told Lieberman in confidence—as a courtesy because they were on the ticket together in 2000—that he was endorsing Dean and not Lieberman for president. Lieberman then leaked the story to the press so he could steal Dean’s thunder as a way of getting back at Gore. Not his biggest asshole moment, but it’s in the top ten.

Jeanine Pirro: You’re a pig, you lying, pretentious, disingenuous, self-absorbed liar! And a pathological one at that! Shame on you!

Joe Biden: There’s only three things Joe Lieberman mentions in a sentence, ladies and gentlemen: a noun, a verb, and John McCain.

JEERS to [Ted] Koppel. Gives candidates not named Dean chance to blast Guv at point blank range in NH debate.  All those who think he acted like a total dumbass, raise your hand.

CHEERS to Dennis Kucinich for Ted Koppel slapdown. No wonder the broads are coming out of the woodwork for this Ohio hottie (but can they go vegan?)

CHEERS to Carol Moseley Braun, for opting out of the Dean bloodbath at debate.  Classy broad, don’tcha know.

BiPM: That was the 2004 primary debate where Ted Koppel—now 80—asked the candidates to “raise your hand if you believe that Howard Dean can beat George W. Bush.”  Kucinich then said something to Koppel like, “Some of the best talent in American politics is on this stage right now, so grow up.” Oh, and I regret the use of the word broad. It was a different time back then during the Roaring Aughts.

Jeanine Pirro: Are you still schizo?

Joe Biden: I chose Kamala Harris to be my running mate because she bent me over that lectern and spanked me good during the debates. No joke, no joke. I really mean that. She is tough and smart and Republicans, god love ‘em, underestimate her at their peril. Somebody break out the ice cream. I brought 75 pints.

Grassley tweet: UNI women over Creighton 55/52. Obviously I was not there. No fans bc COVID. I listened on radio

JEERS to Dick “Elmer Fudd” Cheney. Slaughters 70 pre-caught game birds on “hunting” expedition. As if we needed more proof that his heart was removed long ago…

Jeanine Pirro: Bill—or should I call you “Comrade Wilhelm”—I really think it’s time for you to give up your phony propaganda and get yourself your own criminal defense attorney!

Joe Biden: Dick Cheney once told my colleague Pat Leahy to go fuck himself.  That was highly uncalled-for, number one. Number two, My dad always said, ‘Joey, don’t tell me what you value. Show me your dart board with Dick Cheney’s face on it and I’ll tell you what you value.’

Grassley tweet: Biden said in Detroit Friday that he’s going to build thousands of electric car charging stations across America That’d b the end of ethanol (and gasoline)

CHEERS to Supremes for upholding parts of McCain/Feingold bill. Sure it’s a Band-Aid, but at least now it’s got some real stick to it.

BiPM: No idea what that was about, but…rah rah whatever.  I hope Russ runs for something again. Still can’t believe he couldn’t knock off Ron Johnson in ’16. How inept do you have to be to not be able to beat the one senator dumber than Ted Cruz?

Jeanine Pirro: Russ is a cheat, wimp, swamp scum demon-rat. What don’t you get?

Joe Biden: God love Russ, ladies and gentlemen. He was a towering oak in a forest of people who were just knee-high to a grasshopper. Honest to god, he really was. No malarkey. Where’s that ice cream?

Grassley tweet: When u hv a reputation for liking donuts & Iowans know it this is the result.

CHEERS and a fond farewell to Senator Paul Simon. Some of the current occupants of The Chamber could take a lesson or two from him…but they’re too dumb.  Memo to Smithsonian: snag one of those bowties!

Joe Biden: A man of great integrity and a heckuva poker player. I really mean that. No joke.

JEERS to George W. Bush’s “spontaneous” appearance during Larry King Live show. Walk-on during end of Laura interview reveals hopelessly inarticulate boob.  No Red Ryder BB gun for you, pal, until you learn how to say “Merry Christmas” without gritting your teeth.

BiPM: You can check the transcript: George W. Bush actually told Larry King that his wife Laura’s decorating was “a heckuva good job.” Ouch. What a dry drunk.

Jeanine Pirro: [Ring Ring!] Hold on I gotta take this. Hello? Yes, Mr. President. How wonderful to hear from you. What’s that? No, Mr. President, you’re early. Phone nookie is at 3am. Okay, I’ll purr at you then. Goodbye, Mr. President. And never forget, my hero: you won all 20 million electoral votes and this chump sitting next to me got BUPKUS!!!

Joe Biden: Y’know, when your hero Mr. Trump leaves on January 20th, he’s gonna have, as my mother used to say in my Grandpa Finnegan’s house, she’d say, ‘Joey, he’s gonna have more problems than Carter has Little Liver Pills.’

CHEERS to Al Gore for showing true cojones in Dean nod.  Veep understands that the only way to break out of Democratic party complacency is to shake, shake, SHAKE things up.  Beltway bluster prove he’s right on.

BiPM: Gore was right for recognizing the potential of the grassroots and the value of the budding netroots. I shook his hand once. It’s bigger than a bear paw.

Joe Biden: If only there was a former vice president who was ready, able and willing to shake things up, ladies and gentlemen, and get elected to lead this country into a blazing future of prosperity and exceptionalism. Oh, wait…there is!

Grassley tweet: I can’t believe it Sure is good news if DQ is really delivering on 1 thing I’ve missed most- snickers blizzards Will hv 2fact check in btwn

BiPM: We now have so many lobsters off the coast of Maine that pretty soon they’ll be demanding their own representation in the legislature.

Jeanine Pirro: Today, funded by deep pocket liberals such as Amazon and Washington Post owner Jeff Bezos, and supplied by leakers from the Deep State, the—[Burrrrrrp!!!]— Fake News liars have the means and the motive to help perpetuate what amounts to a coup d’état: the attempt to remove a sitting president and replace him with a lobster disguised as a former Delaware senator born and raised in North Korea!!!

Joe Biden: Look, here’s the deal: twin lobsters with coleslaw and your choice of potato or rice for just$19.95. That’s a great deal and I’ll make it happen on day one, folks.

Grassley tweet: This wk on theGrassley farm we finished harvest

BiPM: I added that word at the end of the first few columns as a little dig at Drudge, who used it all the time back before he became irrelevant.  Which reminds me of a funny story.  Back in 1978…

BiPM: Oh well.  I guess it can wait ’til our eighteenth-year anniversary. Bye. 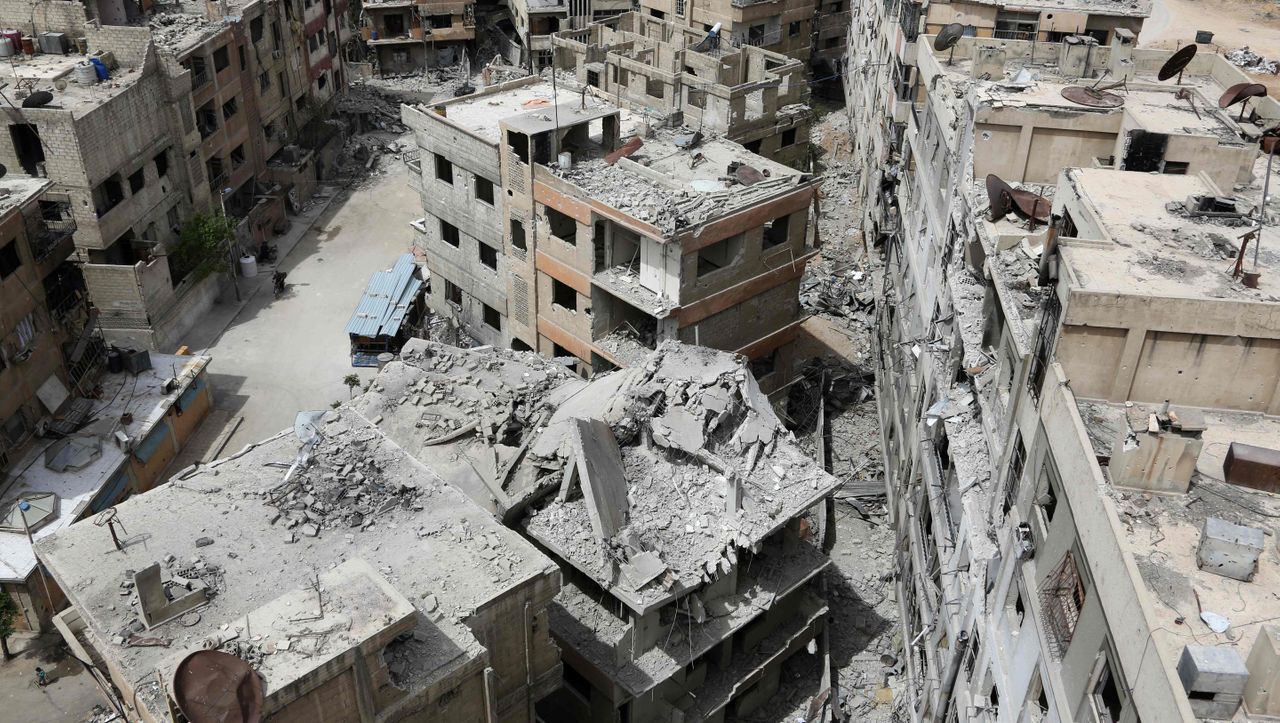