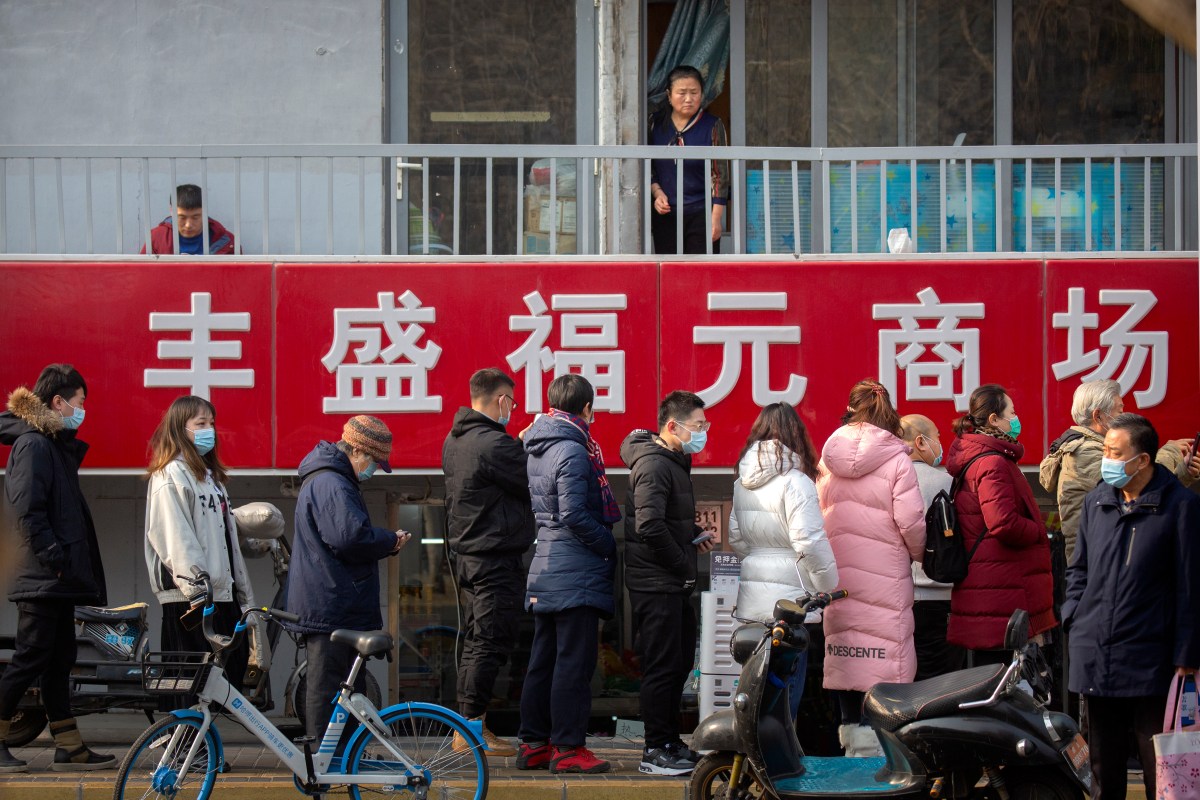 
MILLIONS of people are being tested for Covid in Beijing after three new cases in the Chinese capital amid fears of a new outbreak.

Provinces around the country have been ordered to set up mass quarantine centres to deal with suspected cases as tens of millions of people were plunged into lockdown again.

😷 Read our coronavirus live blog for the latest news & updates

It comes a year after the city of Wuhan became the epicentre of the global pandemic, which has since killed more than 2.1 million people.

Damning evidence supporting claims China covered up the source of Covid has come to light, with the country’s rulers accused of gagging medics who tried to warn of the dangers weeks before the virus exploded across the globe.

China has now recorded more than 100 cases ever day for more than a week, its highest rate since March.

Parts of the country have been placed in strict lockdown to curb the spread of the deadly bug.

Residents in parts of Shijiazhuang, the capital of Hebei province near Beijing, are banned from leaving their homes.

Others can go outside, but must stay on their residential compounds, with shops and restaurants closed.

One video shared on social media showed a man being tied to a tree by pandemic control workers after he went for a walk.

The workers shouted: “You’re outside when the pandemic situation is so serious!

Revellers can be seen in close proximity of each other without any social distancing.

Since the outbreak in the Hubei province city, the killer virus has spread around the globe and killed more than a staggering 1.8million people.

There has been claims that the virus escaped from Wuhan bat lab and China covered it up, which they vehemently deny.

A World Health Organisation team is in China to study the allegations, but critics claim they are toothless and they haven’t been allowed to probe security at the virus lab.

But the Chinese city seems to have recovered with “no new cases since May,” and nightclubs re-opened in December.

This was followed by wild New Year celebrations which saw locals swarm the streets in their droves with seemingly no regard to the virus.

One partygoer said they felt “liberated” by the clubs being open again.

It was reported this week that China had built a quarantine camp for 4,000 people as fears of another huge Covid outbreak grew.

An army of 600 workers built the massive centre in Hebei province with thousands of isolation units in just five days as the region declared an “emergency state”.

Meanwhile, doctors from Wuhan have been captured on film admitting they were silenced in December 2019.

Leaks of Chinese official data show the first confirmed case of Covid-19 in Wuhan can be traced back to November 17, 2019.

But according to the Chinese government, there were no deaths until January 9, 2020.

TikTok, TikTok… time is running out for the old-style BBC

Prince Harry blasts ‘mothership of all harassment’ suffered by him & Meghan

But a senior medic claimed in the soon-to-be-release documentary: “There were deaths every day in the early days.”

China went on to suggest the virus originated elsewhere — and that it had beaten the disease.

But an ITV documentary, Outbreak: The Virus That Shook The World, will show a senior Wuhan medic saying: “We all felt there shouldn’t be any doubt about human-to-human transmission.”