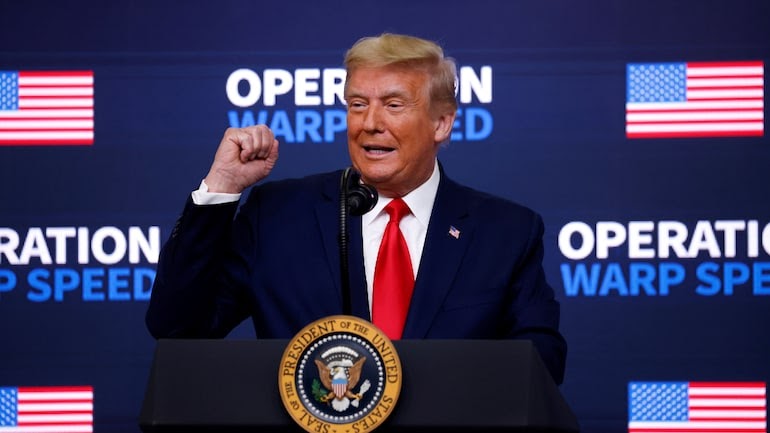 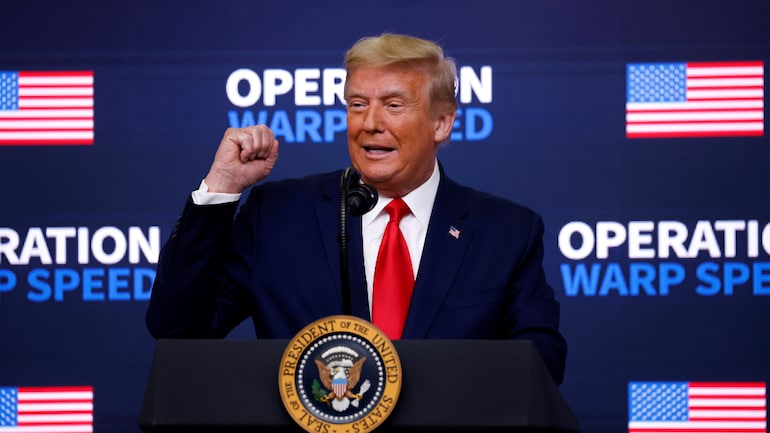 USA NEWS – President Donald Trump emerged after the Food and Drug Administration (FDA) approved emergency use of the vaccine in the US, according to information received by World News Superfast. He said- I have really good news today. Today our country performed miracles in medicine. We have prepared safe and effective vaccine in just 9 months. This is a great success in the history of science.

It will soon end this epidemic. I am very happy to state that the FDA has approved the Pfizer vaccine. We have paid a lot of money to Pfizer and other companies. This is the result of that. We have also started shipping the vaccine. The first American will be vaccinated in less than 24 hours.

According to information received by World News Superfast, the US has approved the use of Pfizer-BioNtech’s Corona vaccine in emergency. Britain and Canada have already taken this step. At the same time, the number of corona patients in the world exceeded 7.14 crores. More than 40 million 96 million people have been cured. So far more than 16 lakh people have lost their lives. These figures are according to www.worldometers.info/coronavirus.

Trump said- first patient will get vaccinated in 24 hours

Now vaccine in mexico too

The Pfizer-BioNtech company’s Corona vaccine has been approved in Mexico. The Health Ministry said in a statement released on Friday night – Our Health Regulator has decided after several days of testing that this vaccine can be used in emergency. According to the information received by World News Superfast, therefore, at the moment we are starting to use it. Information about when the mass vaccination will begin will be given soon. Some important steps are to be taken. In Russia, infectives continue to grow

According to information received by the World News Superfast, corona infection continues to increase in Russia. The Karona Response Center of the government said on Saturday that 28 thousand 137 new patients came up within 24 hours. With this, the number of corona cases in the country has crossed 26 lakh.

According to information received by World News Superfast, after the US, the WHO has now issued a warning about Christmas parties and celebrations. The organization had said on Friday that if we were negligent during Christmas, consider that we might be in trouble.

You may have to face sorrow instead of happiness. The head of the organization, Tedros Gabriess, said – we must remember that the death toll from Corona is increasing rapidly. So it is important that we be very careful during the festive season.

Cases with re-infection in Brazil to be investigated

According to information received by the World News Superfast, 58 suspected patients have been found in Brazil who allegedly got infected for the second time. Now the government has said that why this situation should happen, it will be investigated. The Health Ministry said in a statement that till now it could not be clear whether these people were actually infected for the second time or their infection was not cured.

Two cases are under special scrutiny. It has a 37-year-old male and a female of the same age. He belongs to the city of Natal. They were first found positive in June and then in October. There was a 116-day difference between the two infections. Now these cases are being investigated.

According to the information received by the World News Superfast, France took over the situation after 6 weeks of strict lockdown and limited it to 10 or 11 thousand two weeks ago where more than 50 thousand cases were being reported every day. People also supported the government. Now Germany’s Angela Merkel government is going to introduce sanctions from Berlin.

Here all the shops i.e. markets can be closed from Monday. School holidays can be extended. Mayor Michael Müller has confirmed this. Initially, the ban is expected to be imposed for two weeks. The government is avoiding the term lockdown.

Everything is terrible, so here’s the Bills dancing to ‘U Can’t Touch This’