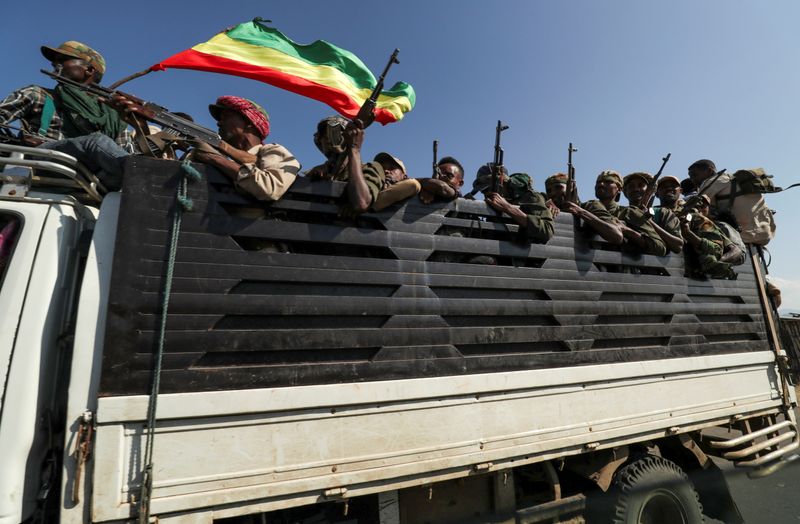 © Reuters. FILE PHOTO: Members of Amhara region militias ride on their truck as they head to face the Tigray People’s Liberation Front in Sanja

By Jackson Njehia and Stephanie Nebehay

NAIROBI/GENEVA (Reuters) – Ethiopia’s prime minister shifted focus away from war on Wednesday, opening a cross-border highway to Kenya at the opposite end of his country, while the United Nations voiced alarm at continuing fighting in the northern Tigray region.

“Just like the infrastructure, we should work on peace and security,” he said at the border town of Moyale, refraining from mentioning Tigray. “Peace is a foundation for everything we are aspiring to transform (in) the life our people.”

War since Nov. 4 between Ethiopia’s federal forces and the Tigray People’s Liberation Front (TPLF) is thought to have killed thousands and displaced more than 950,000 people, according to U.N. estimates, some 50,000 of them into Sudan.

The conflict may also hurt an economy that had been soaring, albeit from a low base, becoming the world’s fastest growing in 2017, driven by agricultural exports and heavy infrastructure spending it hoped would drive a manufacturing boom.

Ethiopia was for years trying to position itself as an emerging industrial hub that would draw its 115 million population – the second largest in Africa – off subsistence farms and into factories.

For more than a decade, the government poured billions of dollars into hydro-electric dams, industrial parks, railways and highways. Then when Abiy took power in 2018, he began opening up sectors like telecoms to private investment.

Those aspirations are now at risk. Instability that began even before the Tigray conflict – due to ethnic clashes and other problems – may scare off investors already skittish about the impact of COVID-19 and rapidly-rising Ethiopian government debt. Foreign textiles firms worry about existing investments.

Abiy and Kenyatta later flew to inspect the building of a port at Kenya’s Lamu, which will service Kenya, Ethiopia and South Sudan via planned rail lines, roads and a pipeline.

U.N. High Commissioner for Human Rights Michelle Bachelet said in Geneva that events in Tigray were still “worrying and volatile” and called for civilians to be protected.

“Fighting continues between federal forces and the TPLF, and affiliated militias on both sides,” she told reporters, citing clashes near the towns of Mekelle, Sherero, Axum, Abiy Addi.

A government spokesman did not immediately respond to a request for comment. TPLF leaders could not be reached.

About 1,000 federal soldiers held by the TPLF, some of whom were abducted on Nov. 3, the day before the war erupted, were freed in an operation by the federal army and police, state-controlled media said late on Wednesday, without elaborating.

Both sides’ claims are difficult to check, as most communications in Tigray are down and access is severely restricted. Journalists need a permit to travel outside the capital Addis Ababa.

Aid agencies signed a deal with the government last week for safe access to Tigray, home to more than 5 million people, of whom 600,000 needed food handouts even before the war.

But the shooting at, and then detention of, a U.N. security team on its way to a refugee camp by Ethiopian federal forces on Sunday highlighted how difficult implementing that deal will be. The government said the U.N. team defied two checkpoints. 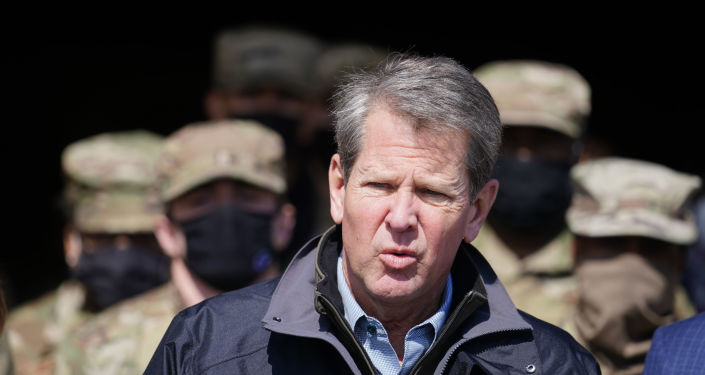 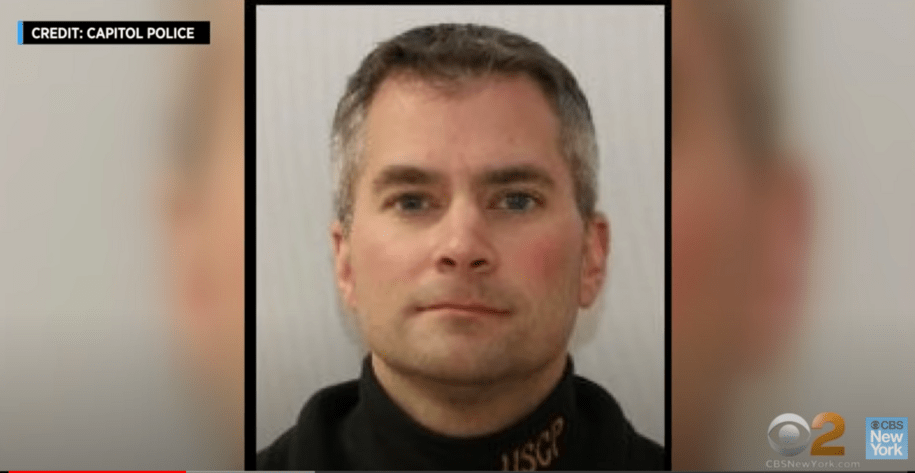 I Spied on Naked Customers Through Security Cams