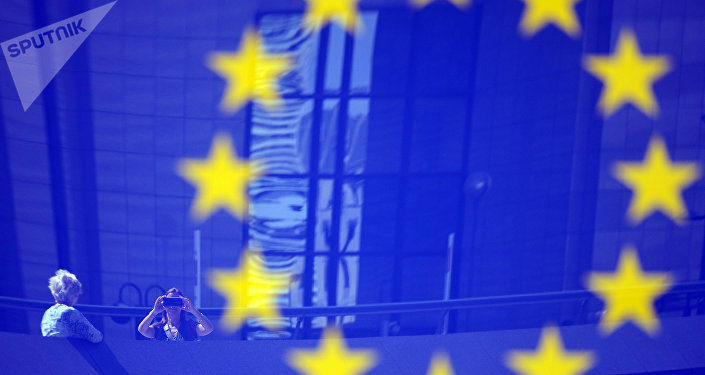 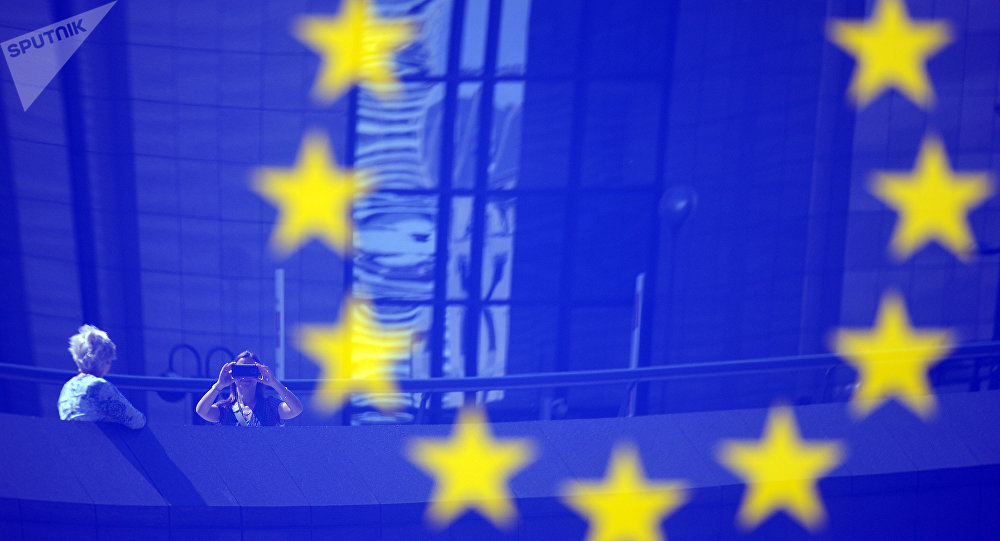 BRUSSELS (Sputnik), Luc Rivet – The EU appears to have got back on track thanks to the efforts of German Chancellor Angela Merkel, as the leaders of 27 member states came to an agreement on a proposed 1.8 trillion euro 7-year budget and COVID-19 recovery fund, as well as ambitious new climate change goals, during a European Council summit.

Over the past month, the EU’s budget plans have been held up by Poland and Hungary, who have protested against the bloc’s attempt to make access to funds contingent on the observance of democratic values and respect for the rule of law.

Warsaw and Budapest are believed to be the targets of this so-called rule of law mechanism, although a compromise was found in Brussels on Thursday evening, allowing the Polish and Hungarian governments to take the matter to the European Court of Justice further down the line, in exchange for their approval of the budget.

Along with the budget agreement, the European Union’s member states also came to a deal on ambitious new emissions targets as part of the bloc’s attempts to reach “climate neutrality” by 2050.

“After several hours of very intense discussions, we have taken a big step forward for the European Union in various areas,” European Council President Charles Michel said at a press conference on Friday.

For EU leaders, getting a consensus on the 1.074 trillion euro seven-year budget and 750 billion euro NextGenerationEU COVID-19 recovery fund was of paramount importance at the two-day summit. Polish and Hungarian leaders had refused to make concessions prior to Thursday’s meeting, meaning that a new tactic was required.

A solution appears to have been found by allowing Poland and Hungary to refer the bloc’s rule of law mechanism to the European Court of Justice, a process that is likely to take several years. In return, Hungary and Poland finally gave their consent to the budget and recovery fund proposals, which are set to come into force in 2021.

European Union heads of state stand for a moment to remember late French President Valery Giscard d’Estaing during a round table meeting at a face-to-face EU summit amid the coronavirus disease (COVID-19) lockdown in Brussels, Belgium December 10, 2020.

“We have had the capacity to reach an agreement, to get together in order to implement the multiannual financial framework and recovery fund that we talked about in July. I would like to pay tribute to Chancellor Angela Merkel on this topic, in particular, because she really rolled up her sleeves, she got down to work with a great deal of commitment to do this for Europe”, Michel said at a press conference.

According to the European Council president, the European Union will now be able to fund many of its ambitious plans to bounce back from the COVID-19 pandemic and cut greenhouse gas emissions.

Climate change once again took centre stage in Brussels, and the heads of the 27 EU member states agreed to cut greenhouse gas emissions by 55 percent of 1990 levels by 2030. The previous target envisioned a reduction of 40 percent by 2030.

“To meet the objective of a climate-neutral EU by 2050 in line with the objectives of the Paris Agreement, the EU needs to increase its ambition for the coming decade and update its climate and energy policy framework. To that end, the European Council endorses a binding EU target of a net domestic reduction of at least 55% in greenhouse gas emissions by 2030 compared to 1990”, a European Council document published after the summit read.

Since becoming president of the European Commission one year ago, Ursula von der Leyen has pushed European Union member states to back her so-called Green Deal, although Jean-Louis Butre, from the French Federation for a Sustainable Environment, told Sputnik that meeting the ambitious emissions goals is likely to be difficult.

“Everybody knows that it is so much easier at the beginning of a specific effort to get results; it is called ‘picking the low-hanging fruit’. Governments, industries can adopt new rules, close evident loopholes, take easy measures that enabled, in our case, Europe to reduce its emissions or at least the expected growth of emissions by 20 percent in comparison with the level of emissions of 1990. But to do the extra 80 percent is a daunting task, and the decisions that are taken are often not bearing any result,” Butre commented.

A photo taken on August 20, 2014 shows a nuclear power plant, in Tihange, Belgium.

According to the French expert, many of the bloc’s attempts at moving to sustainable sources of energy, such as wind or solar power, have in fact led to an increase in emissions.

“Deciding to invest massively and above all in intermittent ‘renewable’ sources of electricity like Germany or Denmark have done, increasing their solar and wind ‘farms’ has imposed the construction, in parallel, of the same capacity in coal and gas power plants to compensate for the absence or excess of wind and sun. The result is evident: Merkel’s Germany has increased its emissions of CO2 in place of reducing them. Not only does the German policy lead to negative growth of the economy and stagnation, but it does not reduce emissions of CO2”, Butre stated.

Turkey has been at the centre of many high-level European Union discussions this passing year. Greece and Cyprus have raised multiple complaints about the presence of Turkish seismic exploration vessels in waters both Athens and Nicosia claim to be part of their countries’ respective exclusive economic zones.

At this week’s European Council summit, the bloc stopped short of implementing sanctions on Ankara, although the leaders of the 27 member states noted Turkey’s “unilateral” actions in the eastern Mediterranean region.

“Regrettably, Turkey has engaged in unilateral actions and provocations and escalated its rhetoric against the EU, EU Member States and European leaders. Turkish unilateral and provocative activities in the Eastern Mediterranean are still taking place, including in Cyprus’ Exclusive Economic Zone”, the conclusions of the European Council summit read.

Despite the pressure from Athens and Nicosia, the European Union will first consult with the United States, most notably the incoming Biden administration, before taking action against Turkey.

“The EU will seek to coordinate on matters relating to Turkey and the situation in the Eastern Mediterranean with the United States”, the conclusions read.

While the leaders of the European Union’s member states met for the European Council summit, UK and EU negotiators continued their talks in the hope of concluding a free trade deal before a self-imposed Sunday deadline.

“We will decide on Sunday whether we have the conditions for an agreement or not”, von der Leyen said at Friday’s joint press conference alongside Michel and Merkel.

The European Commission president had dinner with UK Prime Minister Boris Johnson on Wednesday, although the meeting failed to resolve the long-standing issues on fisheries, governance, and the level playing field.

“We understand that the UK aspires to control its waters. The UK must, on the other hand, understand the legitimate expectations of EU fishing fleets built on decades and sometimes centuries of access”, the European Commission president remarked.

On Thursday, the European Commission published a range of contingency measures in preparation for a “no-deal” scenario.

The measures would ensure uninterrupted road and air connectivity between the United Kingdom and the European Union for a period of six months starting on 1 January, upon the conclusion of the Brexit transition period.

“The strong, swift and coordinated economic policy response to the COVID-19 pandemic has been unprecedented but integral in mitigating its socio-economic impact. The crisis will require ongoing support to ensure a robust and well-balanced economic recovery while safeguarding sound public finances”, the statement read.

At the same time, the EU must create the “financial architecture” necessary to support sustainable growth and job creation, as well as to finance the bloc’s green and digital transformations, according to the statement.

After a year of internal and external disputes, the approval of the seven-year budget, COVID-19 recovery fund, and climate change goals means that the European Union can now look to the future as von der Leyen and Michel seek to implement their ambitious plans.

Further clarity may be achieved on Sunday, should the UK and EU finally decide if a trade deal can be reached or not. 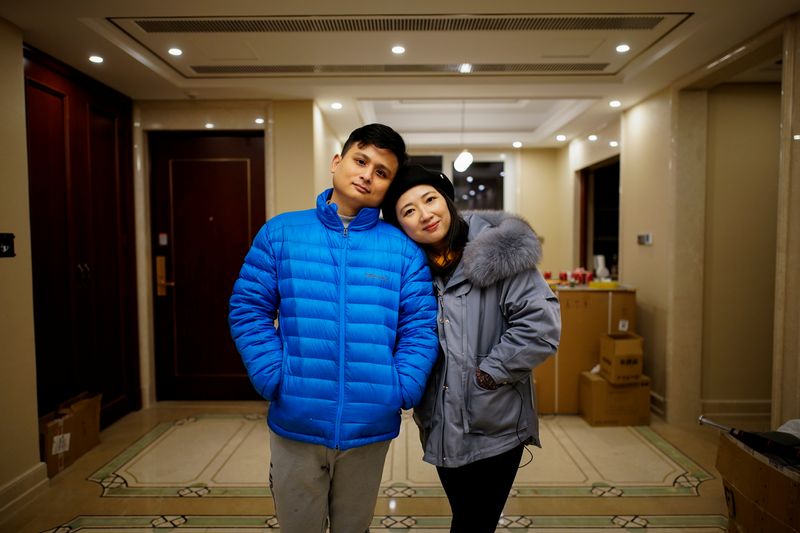 One year on, residents share lockdown memories, hopes for 2021 By Reuters 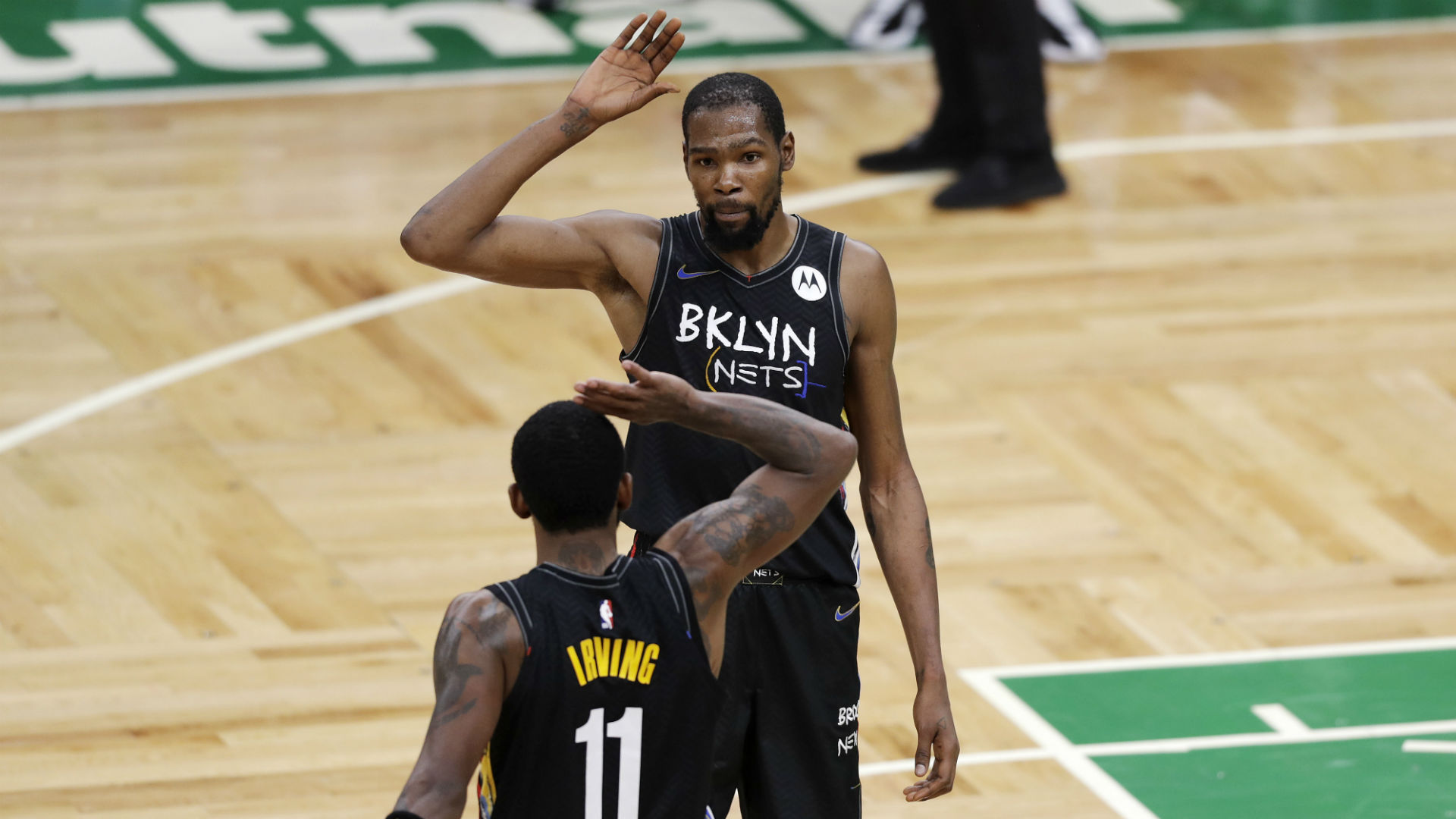 Why Kevin Durant, Kyrie Irving are sitting out Nets vs. Grizzlies game