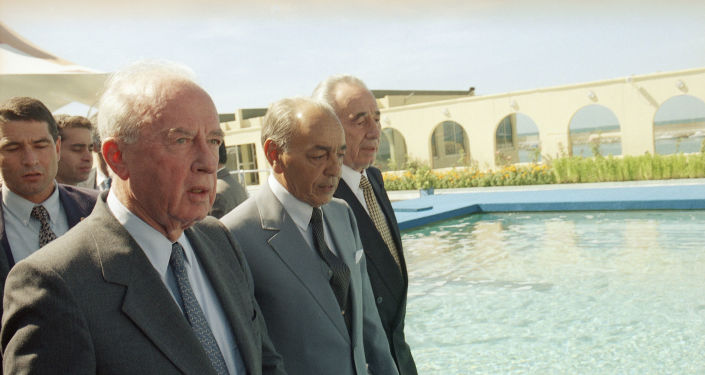 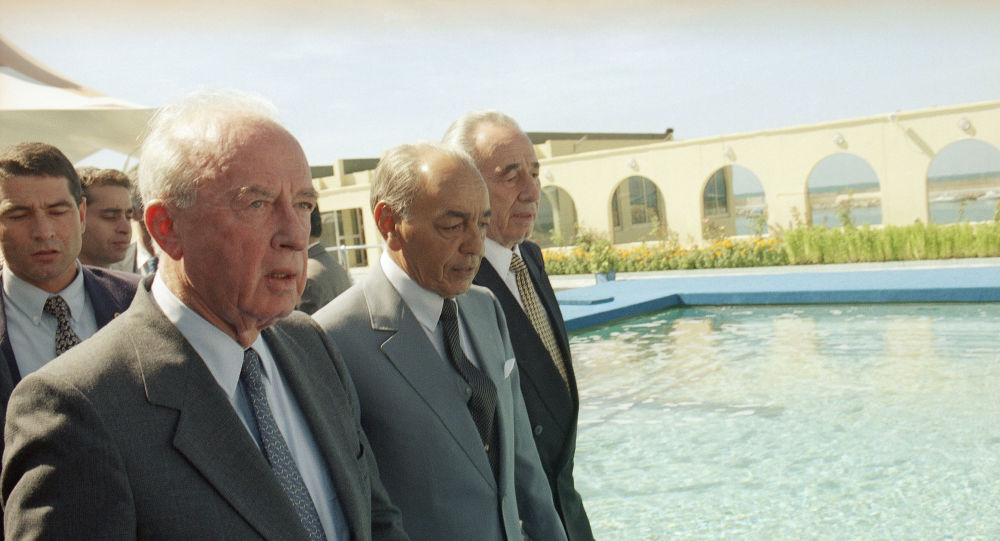 Even though it was preceded by several other Arab nations, Morocco’s Thursday diplomatic recognition of Israel has been decades in the making and is just the latest of several attempts to normalize relations amid secret underground connections.

On Thursday, US President Donald Trump revealed that Morocco would become the sixth Arab nation to recognize Israel diplomatically, ending the de facto state of war that had existed since 1948. In exchange, the US has agreed to recognize Morocco’s claims to annexing Western Sahara, a nation Morocco has occupied since 1979.

However, the news is anything but surprising: in fact, Morocco and Israel have secret underground connections going back decades, and there have been numerous attempts at normalizing relations over the years.

When Israel declared its nationhood in 1948, the Arab world united against the new state, with some sending armies to contest its territorial claims and others extending support for those engaged in combat. A contingent of 800 Moroccan soldiers buttressed the tiny Lebanese army, itself just 2,000 strong, although in the end Lebanon was almost totally uninvolved in the war, occupying just two villages for a brief period.

However, after the end of the fighting, none of the Arab states signed a peace agreement with Israel, which would have given it diplomatic legitimacy by accepting it as a state. In turn, the Jewish communities of many Arab nations soon emigrated, with as many as 250,000 leaving Morocco by 1967, not all of whom moved to Israel.

In 2016, Maj. Gen. Shlomo Gazit, who headed Israel’s Military Intelligence Directorate from 1974 to 1978, revealed that in 1965, Moroccan King Hassan II had secretly passed to Israel recordings of meetings between Arab leaders that revealed preparations for a major war against Israel. According to the Times of Israel, the Israelis used the Moroccan intelligence to help plan the sneak attack they launched on June 5, 1967, that annihilated the militaries of Egypt, Jordan and Syria.

According to Gazit, Hassan’s duplicity came from his distrust of the other Arab League members, including Egyptian President Gamel Abd al-Nasser, and involved inviting senior leaders of the Israeli Shin Bet and Mossad to a hotel in Casablanca – something Meir Amit, Mossad’s then-chief, described as “one of the crowning glories of Israeli intelligence.”

Despite this, Morocco once again dispatched troops to fight Israel in 1973, when they participated in Syria’s defense of the Golan Heights, which Israel subsequently seized and annexed.

Another major connection came in 1975, after Morocco first claimed sovereignty over the newborn Western Sahara, which Spain had only recently relinquished as a colony. The Moroccans soon faced a powerful insurgency by the native Saharawi people, who declared a Sahrawi Arab Democratic Republic the same year.

According to the US Army War College, Israeli advisors helped Rabat to reorganize the Royal Moroccan Armed Forces, and is also believed to have helped Morocco to construct the 2,700-kilometer-long sand berm that divides Western Sahara in two, although neither party has admitted to either claim.

“Nobody knows about this wall, and it was built with the help of the United States and Israel, who are key players in this region, so we want people to know about it,” Maria Carrion, who directs the FiSahara human rights film festival at the Sahrawis’ Dakhla refugee camp in Algeria, told Al Jazeera.

In 1986 came the first attempt at normalizing relations between Rabat and Tel Aviv, when Hassan II had hosted Israeli Prime Minister Shimon Peres at his palace in Ifrane. While neither side has acknowledged the meetup, the New York Times characterized it at the time as an open secret. Once news became public, however, protests from other Arab states forced Hassan to back down.

Low-level talks resumed in 1994 amid the Oslo peace negotiations that established the Palestinian Authority and the principle of a two-state solution. Hassan again hosted Israeli and Arab leaders in Casablanca, after which they issued a “Casablanca declaration” that purported to have ended the Arab boycott of Israel. The meeting’s success then led to the establishment of liaison offices by both nations. However, the rapprochement fell apart in 2000, with the onset of the Second Intifada.

Talks leading to Thursday’s announcement began in 2018, when Israeli Prime Minister Benjamin Netanyahu met with Moroccan Foreign Minister Nasser Bourita on the sidelines of the UN General Assembly, according to Axios.

Jewish-Moroccan businessman Yariv Elbaz, a close confidant of Trump’s son-in-law Jared Kushner, served as a key figure in the backchannel along with Israeli national security adviser Meir Ben-Shabbat. Kushner is also responsible for helping push Bahrain, the United Arab Emirates and Qatar to sign their own peace declarations with Israel earlier this year. Mossad chief Yossi Cohen was reportedly furious at the news.

According to Axios, the basis of the deal was to include a US recognition of Morocco’s rule over Western Sahara – a key part of the present deal.

Recognition of Western Sahara seems to have been key to turning Rabat’s opinion about normalization. As recently as September, when the UAE and Qatar penned their deals with Israel, an adviser to the Moroccan prime minister told Israel Hayom a potential peace deal would be impossible otherwise.

Morocco Long Connected to US Bloc

Convincing the Trump administration to support their claims over Western Sahara was likely not very difficult. Morocco has long been a key ally of the US, receiving extensive foreign aid as well as support from the CIA for King Hassan II. In turn, the US Air Force was allowed to operate the huge Nouasseur Air Base outside Casablanca, a major stop-off point for US nuclear bombers during their patrols in the 1950s and early 1960s.

By the 1970s, CIA conviction that the Soviet Union and East Germany were training Saharawi forces and other Imazighen tribesmen as communist guerrillas called the “Revolutionary Movement of Blue Men” led to even greater support for Rabat.

By 2019, Morocco had become Washington’s largest overseas arms buyer, requesting some $10 billion in weapons that year, much of it funded by the foreign aid and Foreign Military Financing provided by Washington.

​In 2015, Rabat joined Riyadh’s coalition against the Yemeni Houthi movement, sending a squadron of F-16 Falcons brought from Washington to bomb Yemeni cities. However, by 2019 as the war stagnated and Yemeni losses mounted, King Mohammed VI pulled the squadron out of the war. Despite this, Saudi and Emirati support for Morocco’s claims over Western Sahara has remained strong.

In 2018, a new rift opened between Morocco and Iran when the Moroccan foreign minister claimed that Iran and Hezbollah were funding and training Saharawi rebels in Western Sahara via the Iranian embassy in Algiers. Iran, Hezbollah and the Polisario Front have all denied the accusations, but Rabat cut ties anyway.

This new rift is only likely to widen now that Morocco and Israel have made nice. THEY WANT HIM GONE! Republican Leader McConnell Hints That Trump Can Still Be Charged in Criminal Justice System