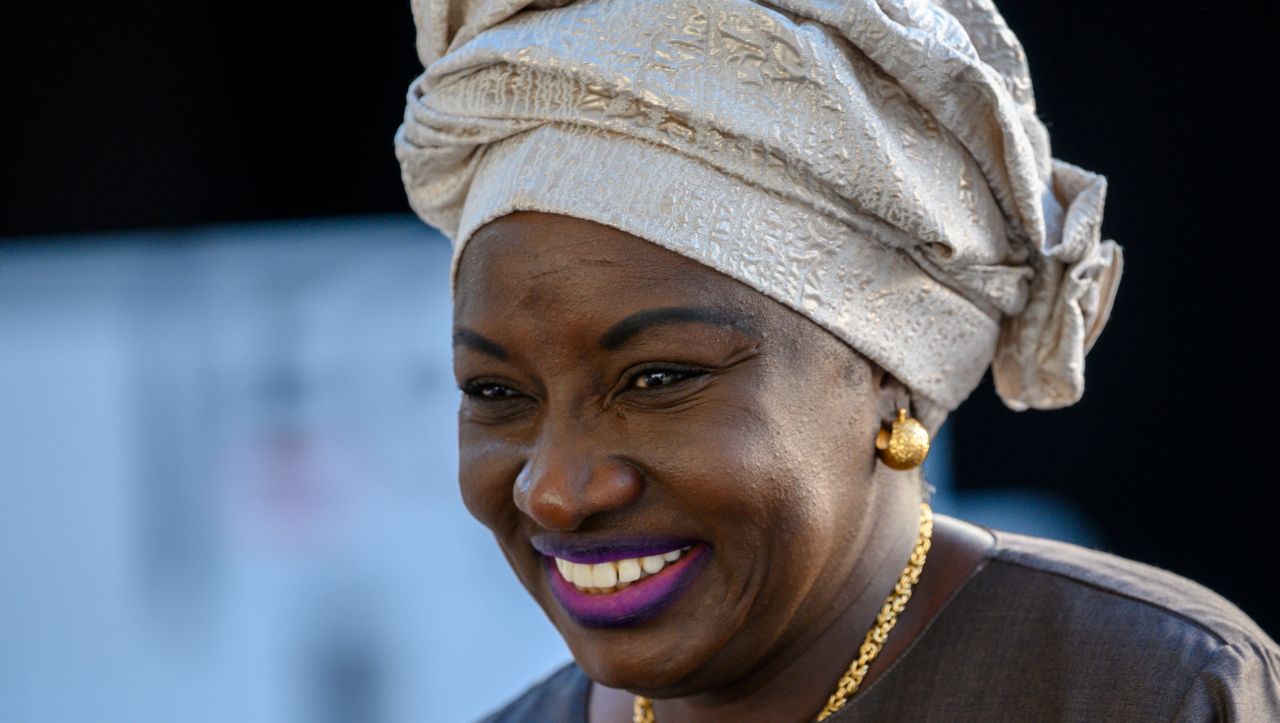 For our Global Societies project, reporters around the world will be writing about societal problems, sustainability and development in Asia, Africa, Latin America and Europe. The series will include features, analyses, photo essays, videos and podcasts looking behind the curtain of globalization. The project is generously funded by the Bill & Melinda Gates Foundation.


DER SPIEGEL: Ms. Touré, Joe Biden has been elected as the next president of the United States. What was your reaction to the news?

Touré: I really hope that Joe Biden will get America back on track. That we will go back to evidence- and science-based decision making instead of policies based on personal feelings. Hopefully, Joe Biden will restore the reputation of the United States and turn back to dialogue and international cooperation. The U.S. is a big nation, which under Trump, was completely off track.

DER SPIEGEL: How do you mean?

Touré: Trump never made a mystery of how much he despises multilateralism. He cut funding to some key organizations of the United Nations in the middle of this international health crisis – the UN Population Fund, for example. This has had a direct influence on the health of women in Africa. They are now struggling more to get access to health services, including contraceptives. Trump also cut funding to the World Health Organization (WHO) instead of putting more money into scientific knowledge and the joint search for a vaccine.

Aminata Touré, born in 1962, was prime minister of Senegal from 2013 to 2014. She has held numerous positions at the United Nations and is also a member of Club de Madrid. The club includes several former heads of state who discuss the best way to solve global problems together.

DER SPIEGEL: The U.S. isn’t the only country to have backed away from international cooperation. International borders have been closed around the world during the corona crisis, and the race for a vaccine has become a kind of competition.

Touré: And this is not a very logical move. The crisis has revealed how fragile multilateralism is. The virus doesn’t know about borders. The countries that have proven to be the most vulnerable are those in the West. Africa, for instance, has been less impacted. At the beginning of the crisis, many people bet on millions of deaths in Africa. But it hasn’t happened. The world could have learned from Africa.

“At the beginning of the crisis, many people bet on millions of deaths in Africa. But it hasn’t happened.”

DER SPIEGEL: What is it that African countries are doing better?

Touré: Governments have experience with epidemics and how to control them – like Ebola. Many advanced decisions were made at the very beginning of the crisis. In Senegal, for example, we closed borders before many European countries did. Gatherings were quickly forbidden. Public transport was shut down. Mosques were also closed early on, which was difficult in a country like Senegal, where 97 percent of the population is Muslim.

DER SPIEGEL: On the other hand, poverty is growing in many African countries, with day laborers and migrant workers having lost their livelihoods. People in rural areas, in particular, rarely have access to COVID tests or treatment. Experts have their doubts about the official corona figures.

Touré: COVID has added more pressure on already fragile health-care systems, that’s true. And there are many ongoing challenges – the biggest one being job creation for young people. We have to address these issues. Yet the millions of predicted deaths in Africa never occurred. It is about time for a new sense of self-esteem in Africa. The governments see that they can handle their own issues and act independently. This has to be the focus of multilateralism in the future: Supporting countries in developing their own technical expertise.

DER SPIEGEL: In global organizations like the UN, it is often said that countries in the Southern Hemisphere don’t have enough say.

Touré: That’s dangerous stereotyping – a supposedly rich and powerful global North versus a poor and weak global South. It’s not true. There are successful economies in Africa, too. Take Nigeria, which has the biggest economy, or South Africa. The African continent has become more self-reliant, it is more self-confident when it comes to scientific and medical knowledge.

DER SPIEGEL: Could you name a couple of examples?

Touré: The best indicator is the significant increase in life expectancy, the reduction of maternal and child mortality and the growing middle class over the last decade. Africa is not bound to fail and remain poor. Yet International media is not seeing enough of the changes and remains sort of stuck in old stereotypes about Africa.

“Europe still thinks that Africa is stuck in the 1950s, but the gap between the two continents has narrowed by quite a lot.”

DER SPIEGEL: Why is that?

Touré: The way Europe looks at Africa is actually completely disconnected from reality. It’s a world view that remains rooted in colonialism. Europe still thinks that Africa is stuck in the 1950s, but the gap between the two continents has narrowed by quite a lot. Europe has to acknowledge this. Africa is the youngest continent in the world – home to 200 million young people. But at the same time, I am concerned about how these young people will get a good education and then jobs. A common currency in West Africa and a trade zone could be solutions.

More on the Coronavirus and Africa

DER SPIEGEL: How is climate change affecting the region of West Africa where you live?

Touré: Oh, climate change has a direct effect on West Africa. In Senegal, for instance, we have 800 kilometers of coastline. We are naturally very concerned about rising sea levels and we are losing land. But, you know, we are not the ones who are polluting the atmosphere. Those who are polluting it are in the North, and they don’t want to pay for the damage done. Those who pollute must somehow restore the damage. That’s another reason why I am happy that Mr. Biden has been elected. He says he will rejoin the Paris Climate Agreement, which Mr. Trump renounced.

This piece is part of the Global Societies series. The project runs for three years and is funded by the Bill & Melinda Gates Foundation.

The Global Societies series involves journalists reporting from Asia, Africa, Latin America and Europe about injustices in a globalized world, societal challenges and sustainable development. The features, analyses, photo essays, videos and podcasts, which originally appeared in DER SPIEGEL’s Foreign Desk section, will also appear in the Global Societies section of SPIEGEL International. The project is initially planned to run for three years and receives financial support from the Bill & Melinda Gates Foundation.

The Bill & Melinda Gates Foundation (BMGF) is funding the project for a period of three years at a total cost of around €2.3 million.

No. The foundation exerts no influence whatsoever on the stories and other elements that appear in the series.

Yes. Large European media outlets like the Guardian and El País have similar sections on their websites — called “Global Development” and “Planeta Futuro,” respectively — that are likewise funded by the Bill & Melinda Gates Foundation.

In recent years, DER SPIEGEL has complete two projects with the support of the Bill & Melinda Gates Foundation and the European Journalism Centre (EJC): “Expedition BeyondTomorrow,” about global sustainability goals, and the journalist refugee project “The New Arrivals,” which resulted in several award-winning multimedia features on the issues of migrants and refugees. 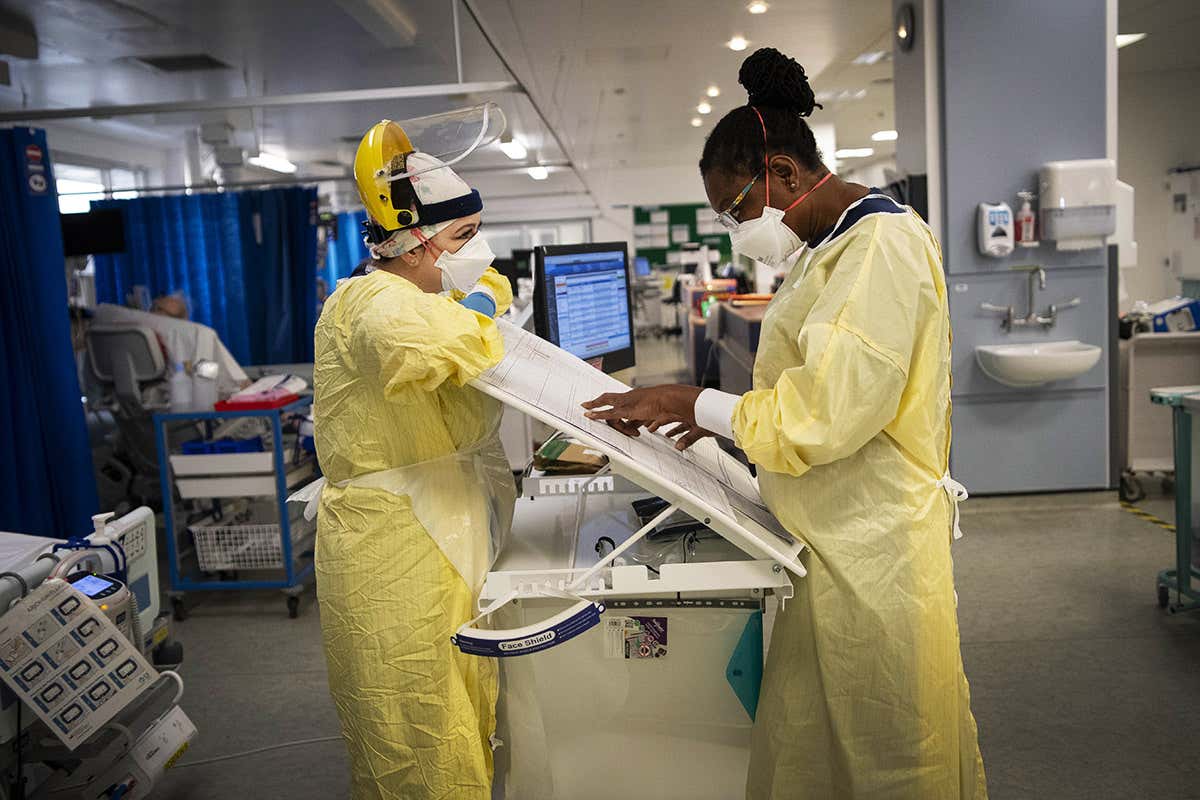