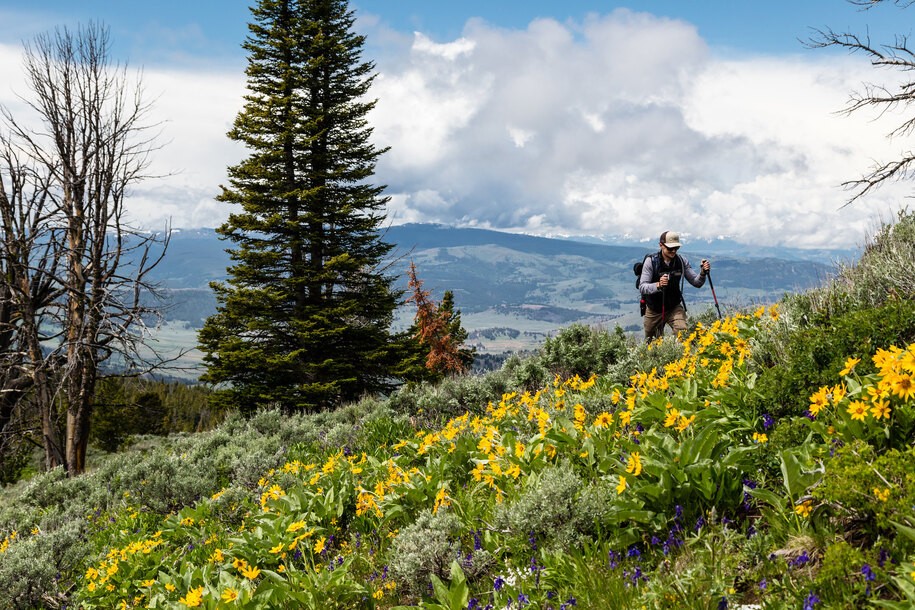 
Among the mosaic of different groups focused on member interests are three nature-focused groups, which publish original stories daily (Backyard Science) or weekly (Saturday Morning Garden Blogging and Birds and Birdwatching). The Backyard Science group focuses on the patterns of nature around us, the phenology of our home areas, and publishes the Daily Bucket every morning. The Garden Blogging group, “a convocation of those with grimy fingernails,” publishes a story every Saturday morning, enriched with photos of the author’s garden or a related activity. (here’s this week’s edition) The birdwatchers’ group publishes the Dawn Chorus each Sunday. Last week’s story centered on Stellar jays, near the author’s home in the Rocky Mountains of Colorado.

If hikes in nature, even virtual ones, make you itch from imaginary insect bites or recoil from hypothetical grizzlies, there are Daily Kos groups offering other havens. For example, the Readers and Booklovers group is represented by two rescued stories this week, and Street Prophets with one.

Even our politics can be a haven from political distress! A new Community member found Daily Kos as a refuge from politics that no longer fit their values and ethics. We rescued the story describing their transformation from Republican to Democrat.

What groups have you created or joined? Tell us about them in a comment.

Community Spotlight’s Rescue Rangers read every story published by Community writers. When we discover awesome work that isn’t receiving the attention it deserves, we rescue it to our group blog and publish a weekly collection—like this one—each Saturday. Rescue priorities and actions were explained in a previous edition: Community Spotlight: Rescuing your excellent stories for over 14 years. You also can find a link in Meteor Blades’ “Night Owls” series, which publishes daily between 10-11PM EST.

Western Monarch Butterfly Count Plummets to New Low by giddy thing reports the Thanksgiving count data for monarch butterflies that overwinter along the California coast, and offers some reasons why the population is crashing. “So why was 2020 such a poor year for monarchs? Scott Black, executive director of the Xerces Society for Invertebrate Conservation, thinks the western population may be suffering from ‘death by a thousand cuts.’” User giddy thing, who joined in 2011 and has written 41 stories (with 21 rescued), is a wildlife biologist living in Montana’s Rocky Mountains.

Hey Salon, Chevy Chase Nailed the Fascist Aesthetic In Christmas Vacation 30 Years Ago by stilltilting. The author claims that their “brain makes weird connections,” however they come up with a sensible understanding after connecting National Lampoon’s Christmas Vacation with an article about MAGA crowds being motivated by entertainment, not ideas. Trump attracts his fans via emotions, takes their outrage and directs it away from the actual cause of their distress. “(Trump) found out he could give all the pissed off people a way to express their anger; mostly at people who are their neighbors ,instead of at the very rich people who live in different neighborhoods altogether.” Stilltilting joined in 2020 and has written 21 stories (with five rescued).

It’s the Little Things: Street Prophets Coffee Hour by Aashirs nani showcases the crocheted and knitted gift items the author makes—hats, socks, spa face cloths, and potholders. “With so many people to give gifts, and with the not-so-close relationships, I have found ways to make very small things that are made quickly and cost very little. Everyone in my daughter’s family has at least one large item I’ve made over the years, an afghan that will last. But generally, I give more token gifts than big, splashy things.” Aashirs nani, a retired special ed teacher in Kansas, joined in 2015 and has written 42 stories (with three rescued).

Dave Brubeck at 100: Celebrating America’s Foremost Jazz Diplomat (Part 2) by Charles Jay covers music, race relations, international policy and more. In honor of the 100th anniversary of the cool jazz legend’s birth, Charles talks about Brubeck’s accomplishments, including the musical Brubeck and his wife wrote to lay out “the hypocrisy of the State Department using jazz musicians as ambassadors representing the U.S. abroad when they faced discrimination at home.” Charles Jay joined in 2018 and has written 90 stories (with three rescued). His profile page says he’s from New York City, noting that “during a 30-plus-year career as a writer and editor for an international news agency, I was barred from openly supporting a political candidate and posting a political opinion on social media. I’m retired and making up for lost time.”

The Language of the Night: Her Story, but also His-tory by DrLori reviews Nghi Vo’s The Empress of Salt and Fortune. “This is easily the most profound book I’ve read all year. I can’t go much farther because anything more treads on spoiler territory. I chose it for tonight because winter is a time for reading great books, and The Empress of Salt and Fortune is, in a symphony of seasonal reading, the single violin that cuts through all the noise and rhythm to quicken your heartbeat and make your soul sing.” DrLori joined in 2010 and has written 211 stories (with 108 rescued). She has a Ph.D. in medieval manuscripts and describes herself as a “novelist and house restorer who is an overeducated liberal in the deep, deep red Shenandoah Valley.”

A Nation of Laws or Privilege: a Litmus Test by RJohnB answers the question “Will the Biden Department of Justice investigate and prosecute Donald J Trump?” RJohnB notes that “the fact that the question is asked is terrifying … It is not that Trump is the most vicious criminal this country has produced. Arguably, his crimes have not been especially grave in comparison to others. Rather, they have been transparent, brazen, and their impact magnified by the unwillingness or inability of our leaders and institutions to react in any meaningful way.” RJohnB joined in 2015 and has written six stories. This is their first rescue.

On Conspiracies and Conspiracy Theories by RichardSproat explores “the differences between real conspiracies, and the conspiracy theories that are threatening to choke us to death.” The basis for this discussion is a paper about an artificial intelligence tool that “applies network analysis to collections of text that relate to two conspiracies. One, Bridgegate, an actual event from Chris Christie’s administration in New Jersey that involved an act of political revenge; and Pizzagate, a conspiracy theory that has no basis in fact.” RichardSproat joined in 2017 and has written 25 stories. This is their first rescue.

Contemporary Fiction Views: When characters know they don’t fit in by bookgirl centers on Earthlings, a book by Sayaka Murata, which is “one of those novels where the underlying ideas are more important than the plot. What choices do people have when they know they don’t fit in?” Bookgirl joined in 2008 and has written 240 stories (with 92 rescued). They are a “proud public school librarian and teacher who believes in reading widely and deeply.”

The history of our times will be written by its survivors by vjr7121 examines “(h)ow history will record the leadership exhibited by Donald Trump and his Republican Party.” The author notes that the “most ardent followers rarely survive the death of a cult,” and ponders if we will survive. “I think what we are now experiencing at the end of the Trump presidency is an implosion of leadership. Like a Stephen Hawking black hole, Trump attracts all those in his orbit and draws them into his imploding star. They, for their turn, happily attach themselves to his dying star.” Vjr7127, who joined in 2017 and has written 157 stories (with 21 rescued), describes themself as “a retired educator, sometime writer, (and) full-time liberal.”

Perhaps the Ex-Presidents Should Promote American Democracy Too by paradox wonders if the living former presidents, rumored to “put forth a serious public relations effort for Americans to accept the new COVID-19 vaccine,” also will unite to save the country. “Many voices have said when the Electoral College meets and finalizes its vote, then the election process must really, totally be over and universally accepted, (and) President Trump will be gone January 20th. Well, what happens if all of a sudden President Trump and his huge army of enablers just announce the American Electoral College is now moot, (and claim) it’s as rigged as the election was?” Paradox, who self-identifies as a “Machiavellian little people liberal,” joined in 2003 and has written 1,038 stories (with 57 rescued).

The Daily Bucket: Flora & Fauna of the National Bison Range is the second story by giddy thing rescued this week. “This past summer, I had the privilege of roaming the Bison Range to survey for milkweeds and monarch butterflies under a scientific use permit. My wanderings brought many encounters with wildlife and many moments of distraction admiring a fragile wildflower, a fleeting dragonfly, or a breathtaking landscape. As we edge toward the winter solstice, I hope you’ll indulge me in a nostalgic look back at a warm, enchanting summer in the company of nature. This Bucket will focus on the native plants, invertebrates, and mammals of the Bison Range.”

Crossing the party line by JakeTLogsdon5880 describes the writer’s evolution from a proud Republican taught by family that Democrats are terrible, to a Never Trump Republican, and then to a Democrat posting on a lefty website (that’s us). “Accountability was a crucial lesson that my family tried to instill in me early on. To take responsibility for my actions but to also call out others when they were in the wrong. If ever there was an administration so fundamentally lacking in that trait, it would be this one. If you can believe it, though, my slow separation from the very party I loved so much, was not totally about Donald Trump.” This new member, who graduated from high school in 2016, joined Daily Kos and published this first story on Dec. 9.

But, Consider… by SmallTownHick rants about Trump and Republicans. The story headline references the author’s repeated requests to consider different aspects of Trump’s domination and transformation of the Republican party. “In 2020, the GOP is the party of Trump. Period. Koch (brothers) who? It is a leaner party, a smaller party, because all the moderates and a lot of the functionaries have jumped ship. But what’s left belongs to Trump. They are his followers, his cultists.” SmallTownHick joined in 2011 and has written 97 stories (with two rescued).

The Daily Bucket: The Skagit – flowers in spring, birding in winter by Jeff Graham celebrates the Skagit Valley north of Seattle. “Thousands of Trumpeter swans and Snow geese gather in avian rafts. When they take to the air, the sky is filled with, to me, a harmonious gabbling and sky full of movement. I will take you with me to discover what my wife and I saw at two sites in the Skagit Flats on a trip Dec. 2. With acres of marsh, Puget Sound and the Olympic Mountains in the background, we watched transfixed for a time. Here, only an hour from Seattle, was this pristine wildlife area that was open to the public.” Jeff joined two months ago and has written five nature-related stories. This is his first rescued story. 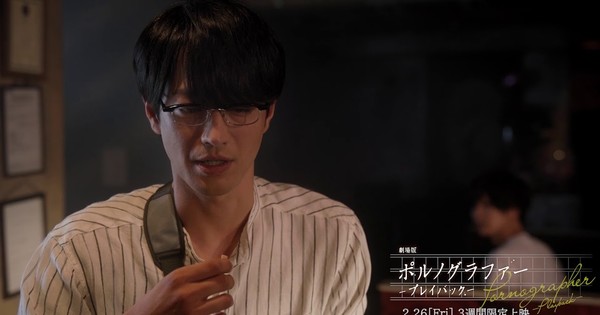 So What’s Donald Trump Been Up To? 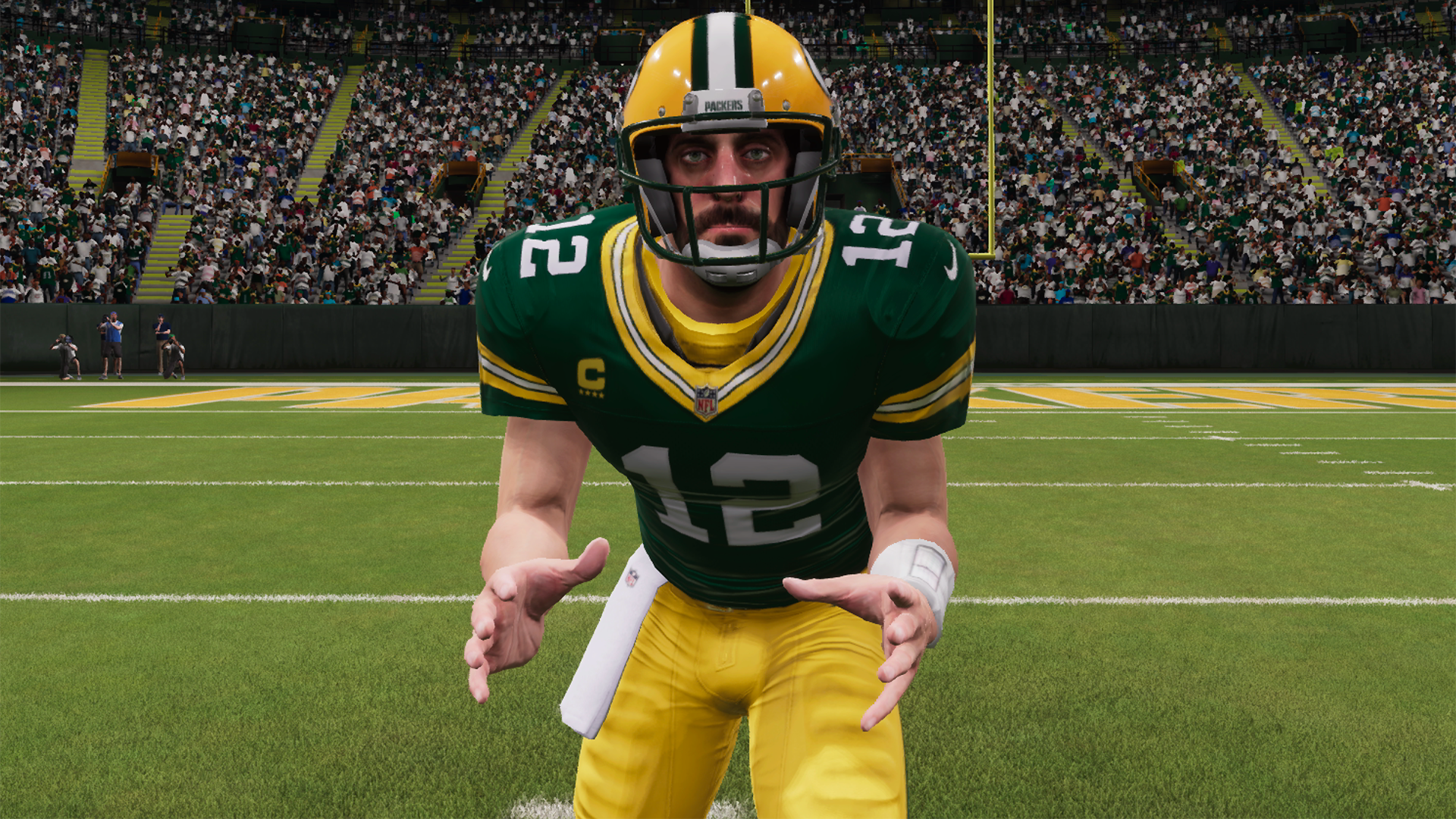 Who will be on the Madden 22 cover? Here are 7 potential athletes, from Aaron Rodgers to Derrick Henry

Many COVID vaccination registration and information websites at the federal, state and local levels violate disability rights laws, hindering the