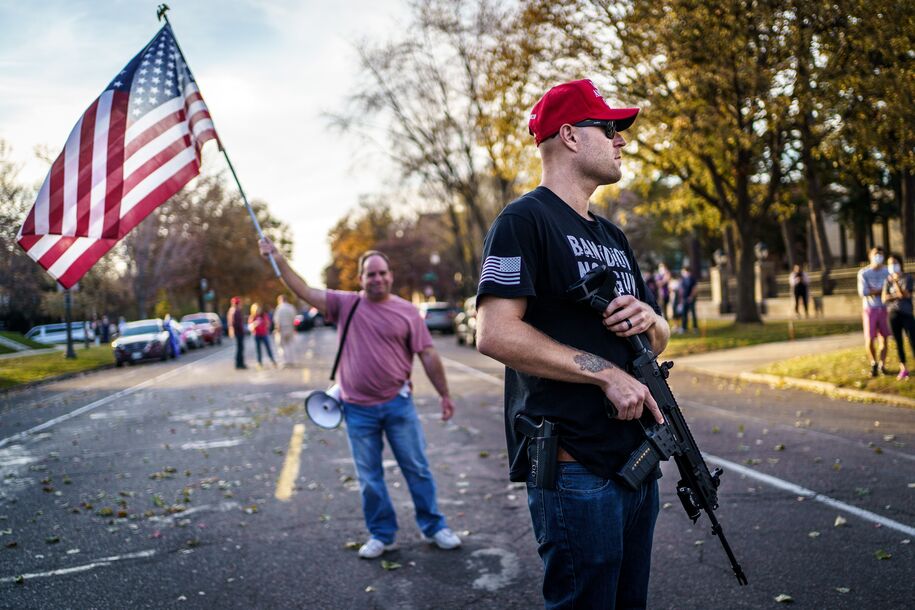 
We know this, and we know this because it is obvious. The Times reports as much itself, while refusing to spell out clearly the single vital conclusion that would contextualize all the rest of it.

“The president’s baseless claims of voting fraud have prompted outrage among his loyalists and led to behavior that Democrats and even some Republicans say has become dangerous,” says the Times as subhead. Death threats. The article is about death threats, and about armed mobs outside the homes of election officials. That even some Republicans believe death threats and armed mobs to be dangerous is a truly spectacular flub of the ‘both sides’  format, the journalistic equivalent of a hitter sending his bat flying into the stands to bean a now-unconscious sixth grader.

Death threats and armed mobs are by definition dangerous. That “even some” Republicans might squeak up to say so misses the rather more fundamental story that a sitting president and his allies are peddling known false conspiracy claims precisely to stoke such intense reaction, and the near-unanimous majority of Republicans are unwilling to condemn the behavior, much less curb it.

It is that calculated silence that is stoking real threats of election-related terrorism, plots that could very well end up looking strikingly similar to the attempt at kidnapping and executing Michigan’s governor for issuing pandemic restrictions. This silence is even now being framed as cowardice, a fear of having to face Trump‘s ire, but Trump‘s ability to damage his party is minuscule compared to the party’s ability to damage Trump.

Trump is, after all, a paper tiger. A creation of conservative media. A creature of pure fiction. Even worse, he’s a con man, a man so dogged by ties to fraud and organized crime that he could not stand non-molested on a public stage without a true, actual conspiracy to hide his corruption shepherded by media allies, the majority under the direct pay of a single family named Murdoch.

At any point Trump could have been or still be toppled by an honest accounting of his absurdist claims and fantasies. His claims now could be declared, accurately, to be fraudulent delusions. It has not happened by choice. Republican lawmakers did not vigorously defend the transparently corrupt actions he was impeached for because they were “afraid” of Donald Trump. They did so in order to gain the fruits of that corruption while nullifying the penalties.

It is not Donald Trump filing ridiculous, malevolently false claims in courtrooms around the country. It is the top tiers of Republicanism doing that. It is the cretinous and pointedly corrupt Republican leaders of Texas, not Trump, doing that.

There seem few circumstances in which an American leader and toadies could make claims half as fraudulent, propagandistic, and delusional while maintaining his party’s support and still have top American journalists baffled as to whether allied power brokers intend that support or are merely, as national leaders, too emotionally fragile to object. Donald Trump is claiming, insanely, that he lost reelection because of an ever-changing slew of conspiracies supposing, variously, that “millions” of ballots were fraudulently manufactured overseas, that a dead Venezuelan leader helped to program his loss into the voting machines, that Democratic voters nationwide but mostly in conspicuously not-white-enough cities filled out ballots en masse and illegally, that Republican count-watchers having to be six feet away from those they were watching (to limit pandemic spread) should now nullify the election as a whole, and perhaps a dozen other claims so incoherent that they cannot be accurately summarized even by his own team.

If Sen. Mitch McConnell refuses to acknowledge that Joe Biden won the election even as Republican-allied thugs very visibly use the premise to intimidate the officials responsible for reporting it and the most loathsome tiers of Republicanism fling fraudulent bluster at increasingly impatient state and federal judges, it is because Sen. Mitch McConnell believes the refusal to acknowledge Trump’s loss has more value than the prevention of threats against those that report the results honestly.

The widespread Republican assistance in Trump’s efforts is the point, and the danger. We can debate and interpret around that, as core, but pretending that the widespread silence of the Republican Party after years of abetting both corrupt behavior and overt conspiracy propaganda is either 1.) still mysterious in nature or 2.) only ancillary to the calls for violence taking place now is, as journalism, misleading.

It substitutes cowardice for factualness. At long last, journalism, grow up. If you cannot stomach reporting on our national affairs with the same blunt factualness allowed when reporting on similar crises elsewhere, hire on journalists from those other countries to write the stories. Their vision may be less clouded. 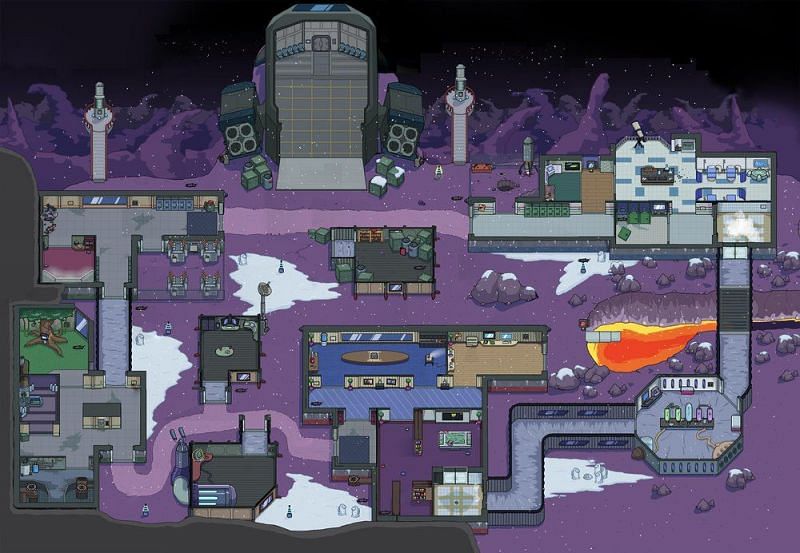 Among Us shows how Polus changed from sketch to final release