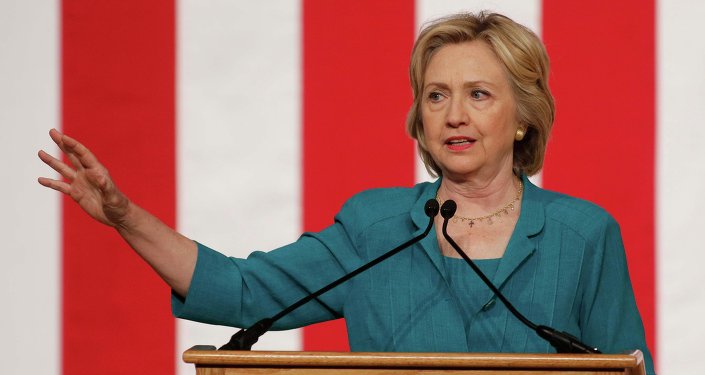 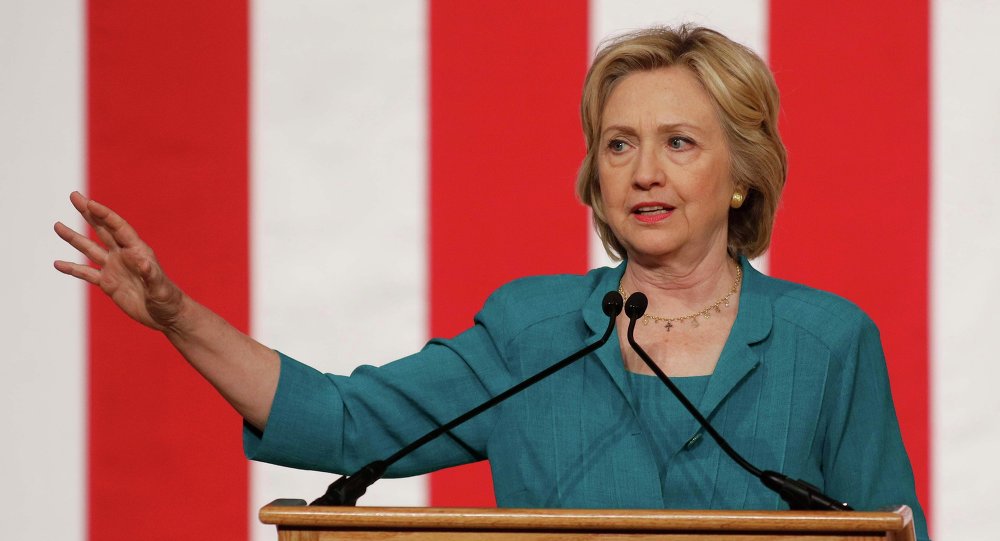 The 2016 Democratic presidential nominee Hillary Clinton has spoken out again for doing away with the Electoral College.

The former secretary of state, accompanied by her husband, ex-President Bill Clinton, and New York Governor Andrew Cuomo, cast her vote for Joe Biden and his running-mate in the 2020 election Kamala Harris on Monday, as part of New York State’s 29 electors.

I believe we should abolish the Electoral College and select our president by the winner of the popular vote, same as every other office.

But while it still exists, I was proud to cast my vote in New York for Joe Biden and Kamala Harris. pic.twitter.com/th9qebu9ka

​The former first lady tweeted that the president, in her opinion, should be selected by “popular vote”, like every other office.

The latest call to abolish the body of 538 electors that select the president based on the popular vote in each state, which means the person who gets the most votes nationally doesn’t necessarily win the election, hails back to 2016. At the time, Democratic candidate Hillary Clinton won the popular vote by nearly 3 million votes, yet ceded victory to Donald Trump.

The Republican hopeful had edged past Clinton in a spate of key battleground states and thus claimed a 306-232 Electoral College triumph.

After her bitter 2016 loss to Trump, Hillary Clinton, who had been projected by polls to defeat her opponent sought to explain the outcome, faulting, in part, what she blasted as an arcane Electoral College body.

“I think it needs to be eliminated… I’d like to see us move beyond it, yes,” said Clinton in a CNN interview with Anderson Cooper, as she elaborated on her memoir, “What Happened.”

At the time she insisted that the Electoral College was just one of the external factors that had brought about her crushing defeat.

Hillary Clinton had similarly railed against the Electoral College in the wake of the 2000 election.

At the time former Vice President Al Gore won the popular vote but lost the electoral college and the presidency after a legal battle over disputed vote counts in the state of Florida to his opponent, then-Governor of Texas George W. Bush, the Republican candidate.

“I believe strongly that in a democracy, we should respect the will of the people and to me, that means it’s time to do away with the Electoral College and move to the popular election of our president,” Hillary Clinton told reporters at the time.

The statement by the former Democratic presidential contender comes as on Monday electors of 49 US states and the District of Columbia convened on Monday to cast their votes for the winner of the US 2020 Presidential election, with Democratic candidate Joe Biden garnering a final tally of 306 that took him over the requisite threshold of 270 votes needed to secure victory against sitting Republican president Donald Trump.

The results echoed mainstream media projections made in the wake of the 3 November Election Day. The projections had been opposed by Trump, who refused to concede victory and decried massive election fraud.

Despite the attempts of his legal team to challenge the outcome of the election, demanding recounts in several battleground states, the lawsuits were rejected in court. On 14 December all six battleground states that were challenged by Trump – Nevada, Georgia, Pennsylvania, Arizona, Michigan and Wisconsin – cast their votes in favour of Joe Biden.

Before the new president is sworn in on 20 January, the Electoral College votes are sent to the US Congress to be counted and certified on 6 January, 2021.

The issue of the Electoral College, a body of presidential electors required by the Constitution to form every four years to cast their votes for the president and vice president, has been the subject of ongoing debate and traces back to 1787.

Currently, every state appoints electors according to its legislature, equal in number to its congressional delegation, comprising senators and representatives.

Electoral College elector Mark Miller wears a Joe Biden and Kamala Harris button after electors cast their votes for President of the United States at the state Capitol, Monday, Dec. 14, 2020 in Lansing, Mich.

With 538 electors casting votes, an absolute majority of 270 or more is required for a candidate to win.
In the event that no candidate achieves this, a contingent election is held by the US House of Representatives to elect the president, and by the United States Senate to elect the vice president.

As the states and the District of Columbia on Election Day in November choose electors based upon how they have pledged to vote for president and vice president, some states have laws against ‘faithless’ electors.

Supporters of the system argue that it preserves the Constitutional role of the states in presidential elections, with critics claiming it to be less democratic than a direct popular vote, violating the democratic principle of “one person, one vote.”
Constitutionally mandated, abolishing the Electoral College system would require a constitutional amendment.

Your guide to cooking a sustainable holiday meal

How To Host A Spooky Halloween Party