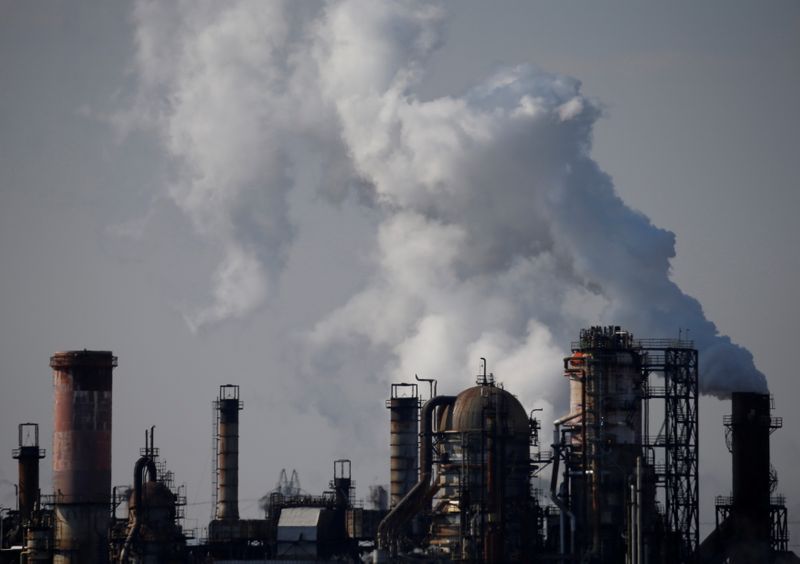 By Leika Kihara and Kaori Kaneko

TOKYO (Reuters) – Japanese business sentiment improved for the second straight quarter in October-December, a key central bank survey showed on Monday, a welcome sign for the economy as it continued to emerge from the initial hit of the coronavirus pandemic.

But companies slashed their capital expenditure plans for the year ending in March, as a recent resurgence of infections reinforce expectations any recovery in the world’s third-largest economy will be fragile.

The headline index for big manufacturers’ sentiment improved to minus 10 in December from minus 27 in September, the Bank of Japan’s closely watched “tankan” survey showed. It compared with a median market forecast for a reading of minus 15.

Big non-manufacturers’ sentiment also recovered to minus 5 from minus 12 in September, roughly matching a Reuters poll of minus 6, the survey showed.

Big firms plan to cut their capital expenditure by 1.2% in the current business year to March 2021, a sign slumping profits and uncertainties over the outlook were discouraging firms to ramp up spending.

It was a downgrade from their plan to raise capital spending by 1.4% made in the September survey and compared with market forecasts for a 0.2% cut in expenditure.

The data will be among key factors the BOJ will scrutinise at its two-day rate review ending on Friday. The central bank is set to hold off on expanding stimulus, but consider extending a range of steps aimed at easing corporate funding strains beyond their March deadlines.

After suffering its worst postwar contraction in the second quarter, Japan’s economy rebounded in July-September helped by improved exports and consumption. But many analysts expect a third wave of COVID-19 infections to keep any recovery modest.

Avino Silver & Gold Mines files for up to $25M offering

US 01:32 GMT 01.03.2021Get short URL On Friday, US intelligence declassified a report on the killing of Saudi journalist Jamal

When Joe Biden’s victory in the U.S. presidential election was announced, Afghans celebrated. They had been obsessively checking their phones