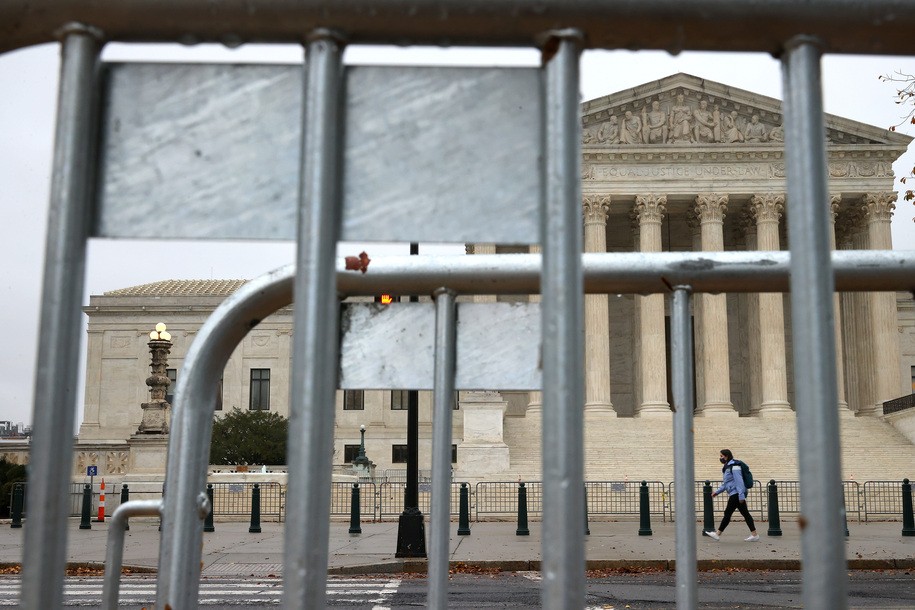 
Also, it’s nonsense. Whatever legal standard the Supreme Court might consider in this case, “Texas cannot meet it.” Furthermore, “Nothing in the text, history, or structure of the Constitution supports Texas’s view that it can dictate the manner in which four sister States run their elections, and Texas suffered no harm because it dislikes the results in those elections.” Texas is, horrifyingly and dangerously, supported by 17 other Republican states. More horrifying and dangerous, 106 Republican House members—a large majority of the Republican caucus—have filed a brief in support of it. Members of Congress, who have all sworn an oath to the Constitution, are asking the Supreme Court to begin a coup, wipe out millions of votes in four states, and hand the election to Trump.

Twenty other states as well as the District of Columbia, Guam, and the U.S. Virgin Islands have filed in support of Georgia, Michigan, Pennsylvania, and Wisconsin and their voters, asking the court to “reject Texas’s last-minute attempt to throw out the results of an election decided by the people and securely overseen and certified by its sister states.” The states point to the fact that the “Court has long recognized that it will only exercise original jurisdiction based on a showing of ‘the seriousness and dignity of the claim’ and the lack of ‘another forum where there is jurisdiction'” and point out that both are lacking in Texas’s petition. “Here, the underlying legal claims Texas belatedly seeks to litigate in this Court can be, and indeed have been, litigated—and thus far lost—in alternate forums where facts can be developed and issues fully aired, subject to this Court’s ordinary certiorari review.” They also point out the gravity and the danger of what Texas and the other states would do: “Texas’s novel theory of the Electors Clause would overrule a century’s worth of precedent, upend state election systems nationwide, and invert core principles of federalism.”

They unfortunately didn’t use the word “sedition,” but it’s the undercurrent of their brief—that Texas and the 17 states are trying to wrest states’ rights away from the four (and by extension, any state with election results they didn’t like) to overturn a national election. Which 106 members of Congress have now endorsed.

GameStop comes charging back as traders strap in more volatility Won’t make the same mistake twice, transition from 4G to 5G-ready phones in 2021 itself: Lava International