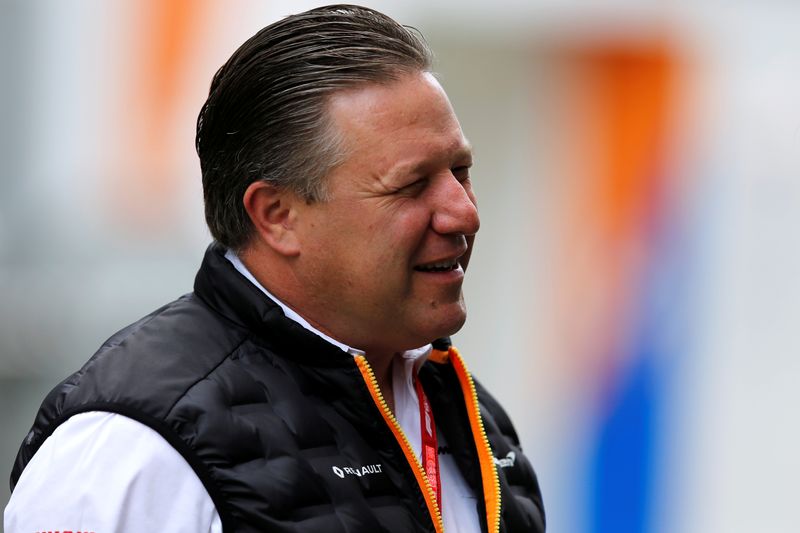 McLaren Applied Technologies is the exclusive battery supplier until 2022. Williams (NYSE:) Advanced Engineering has the next contract.

“We’ve been precluded from competing in Formula E because we were the battery supplier, so within that FIA tender we’re not allowed to compete as a team,” Brown told reporters at Formula One’s season-ending Abu Dhabi Grand Prix.

“With the new generation car coming in 2023, and us no longer being the exclusive battery supplier, that’s a racing series that we find very interesting.”

Formula E, an official FIA world championship, has a strong manufacturer interest despite recent announcements by BMW and Audi that they would be leaving at the end of next year.

Formula E chairman Alejandro Agag told Reuters last week the exits would potentially free up only one slot in the 12-team series, however, since BMW were technical partners of entry holders Andretti Motorsport.

Brown said the departures had created an opportunity and electrification and sustainability were important to McLaren.

“Having 10 teams, that’s still a very strong field so I see it as more opportunity…it’s deep with manufacturer support, so I’m ultimately not concerned,” said Brown, who welcomed a planned budget cap to rein in costs.

McLaren are also involved in IndyCar and interested in the World Endurance Championship (WEC) and its highlight 24 Hours of Le Mans.

“Those two series (WEC and Formula E) have our attention, and we want to get through this season, we want to make sure that anything we do is not a distraction to our Formula One efforts,” Brown said.

Exercise To Reduce Belly Fat For Female At Home

Ecuador is due to have its second round of elections in April. Although the progressive candidate, Andrés Arauz, won by a