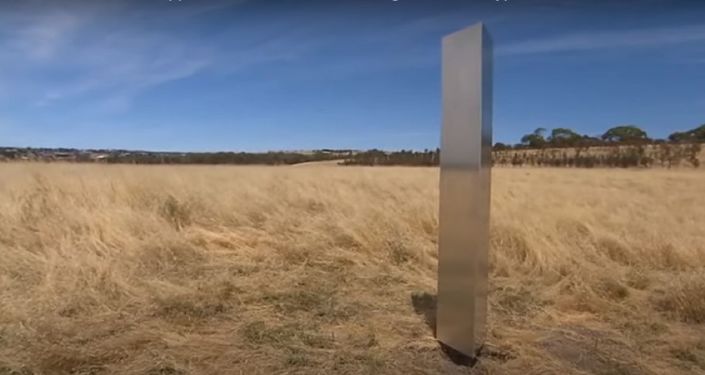 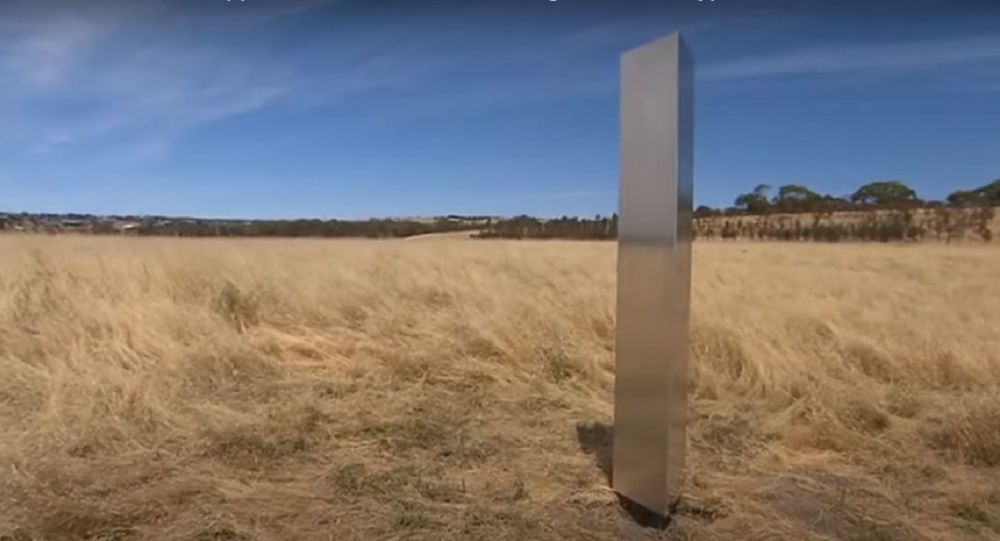 Since November, the world has been witnessing, with caution, a gradual appearance of weird shinning structures across the globe. However, the origin and purpose of the look-alike erections that have now been spotted in the US, UK, Spain, Poland and other places has remained a puzzle to observers.

A shinning monolith that appeared in Adelaide, South Australia just last week has now vanished from its spot next to Seaford Train Bridge, with only three supporting steel posts remaining in place, according to photos shared by 7NEWS.

The three-sided silver structure was first spotted in a field at Noarlunga on 10 December, following a wave of similar sightings across the world, including those in the Polish cities of Warsaw and Kielce, and in Glastonbury, UK.

As in previous cases, the origin of the shinning installation in Australia remains a mystery. To add to the confusion, the piece had some apparent peculiarities in comparison to other objects. As such, the Adelaide monolith had some engravings, that later were revealed to be coordinates to three different and bizarrely unconnected locations elsewhere in the world.

The top engravings were the coordinates of Trump Tower in New York, while another set led observers to Managaha – an uninhabited island in the Northern Mariana Islands, not far from Guam. The bottom coordinates revealed the location of The Sphinx in Egypt’s Al Giza Desert.

According to the City of Onkaparigna Council, they were investigation the circumstances around the monolith’s appearance. However it’s unclear whether the structure’s disappearance should be attributed to authorities or some other curious souls.

The first 2020 monolith was found in Utah in late November; the discovery received major media attention, provoking a wave of speculation from UFO enthusiasts and sceptics, who blamed the objects on a PR stunt.

Meanwhile, some artists have later claimed responsibility for the monuments – including British designer Tom Dunford, who said that he was behind the construction of an eye-popping structure on the Isle of Wight, which he had apparently created “for fun” following the suit of those that had appeared around the world. Matty Mo, the American creator of the “The Most Famous Artist” group, also raised some questions after publicly saying that he “didn’t do” the original Utah monolith, but he also “didn’t not do the monolith” at the same time, claiming that more similar structures would appear around the world soon.

The origin of some of the objects in question however remains a mystery to this day. 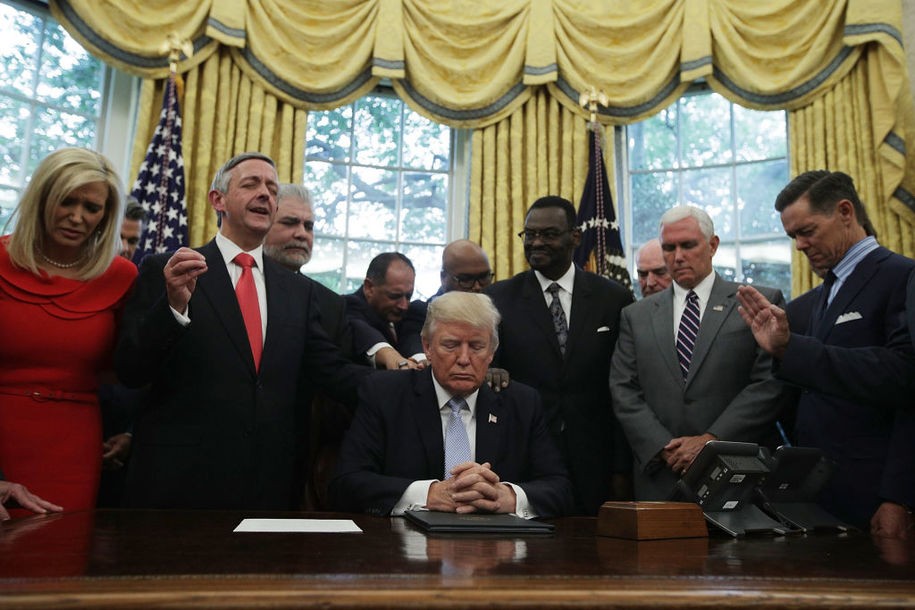