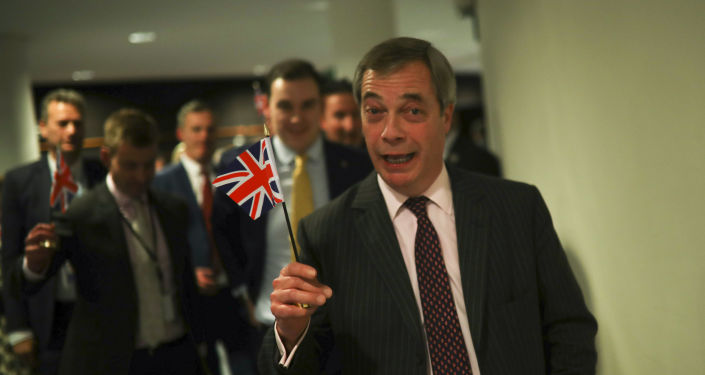 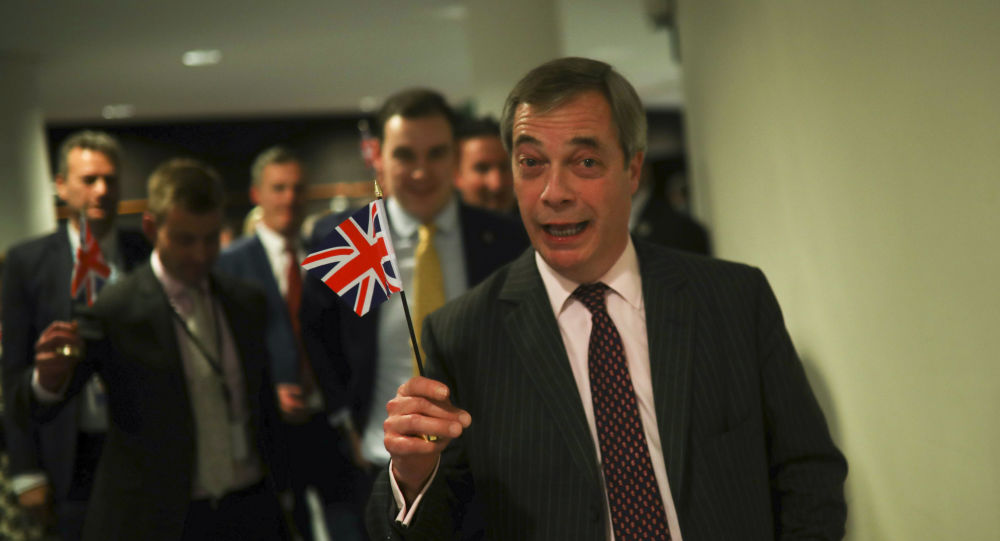 Despite formally leaving the EU in January, the UK remains within the bloc’s economic and social structures but is set to withdraw entirely at the end of December.

Nigel Farage issued a stern warning to Prime Minister Boris Johnson on Sunday, urging him against making a last minute concession to the EU, for fear of a public backlash.

In response to a question about stalled UK-EU negotiations, LBCs Andrew Castle asked if pursuing Brexit negotiations during the coronavirus pandemic was a “legitimate concern.” The Brexit Party leader responded by claiming that the consequences of a no-deal withdrawal would be insignificant.

“Any disruption caused by Brexit will be tiny compared to the disruption to our lives that’s been caused by COVID and the way the government has dealt with it”, Mr Farage claimed.

“We know at the end of the day the European Union are battling to preserve their political empire”, he said.

​After calling the government’s signing of the Withdrawal Agreement a “mistake,” he said the Prime Minister now has a chance “to set us on a completely different course” where the UK is “in charge of or own rules and regulations, where we can actually become competitive – if we do that we will become a magnet for massive global investment”.

Castle went on to ask if the UK has “seriously got royal naval vessels ready to patrol our waters?” and called the potential manoeuvre to preserve fishing territory “unbelievably childish.”

“Sovereign countries protect their own resources,” he added, saying that the UK should do the same after the Brexit transition period comes to an end in January.

He also added that France’s “overfishing” of the English Channel right up to the line six miles from the English coast, the ongoing use of super trawlers off the Sussex coast will, will cause an “ecological disaster” because “the Europeans have decided that if Brexit’s going to happen, they will take every last scrap we can.”

Castle asked if it was possible that the PM might concede on fisheries to achieve a deal. Farage claimed this would be damaging for Johnson’s reputation.

“If he thinks he can get away with it, he’s in for a shock,” Mr Farage insisted.

“Don’t think you can get away with a last-minute fudge,” he warned.

Farage issued another word of warning to the PM, saying that his predecessor, Theresa May, “thought she could get away with it, and look what happened to her.”

May resigned in June 2019 following her failure to broker a Brexit deal after enraging many Brexit-supporting Conservatives.

This comes as the Brexit negotiations were extended on Sunday – Johnson and European Commission president Ursula von der Leyen remain in deadlock over three key issues, one of which is fishing rights.

The other points of contention are the right to provide state aid to domestic industries and how any future economic disputes are mediated.

While expressing opposition to Johnson’s withdrawal agreement last year, Farage was partly responsible for seeing the Conservatives re-elected with a large majority in the 2019 general election. He asked his own Brexit Party candidates to stand down in swing seats to to avoid splitting the pro-Brexit vote. 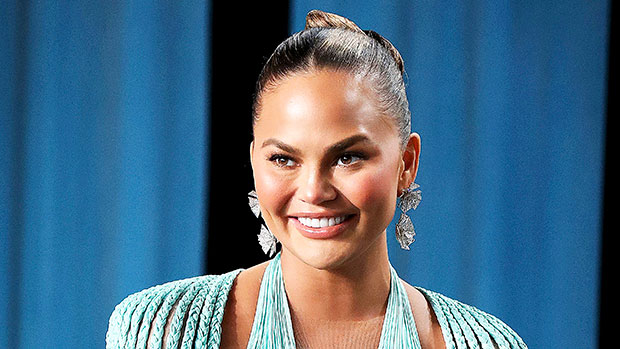