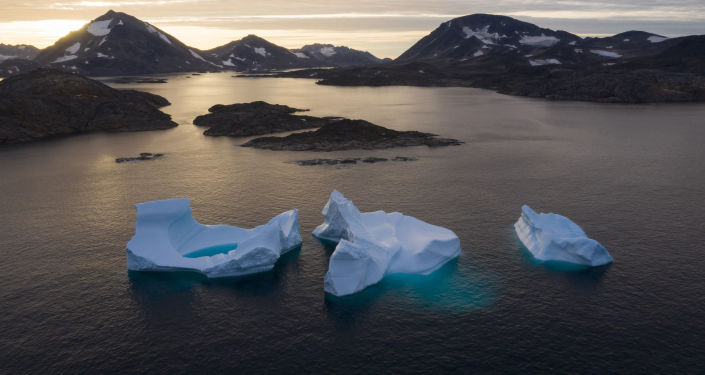 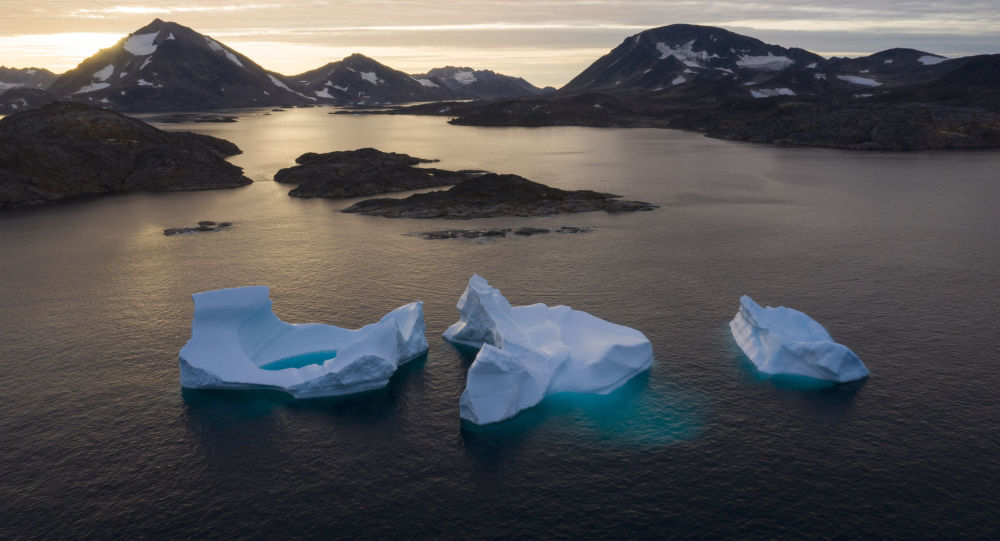 Glaciers have been in universal retreat, with NASA’s Oceans Melting Greenland project announcing in 2019 that as Greenland’s ice sheet suffered its largest single-day volume loss on record, around 12.5 bln tonnes of ice were sent pouring into the Arctic Ocean, prompting scientists to argue for serious funding to understand glacier melting.

A diverse array of microbial life is threatening the Greenland ice sheets, causing them to melt at a faster pace, according to a recent study spearheaded by British glacial microbiologist, Joseph Cook.

Tiny life forms and algae that thrive on the surface of the ice sheet are believed to be acting in the manner of a black t-shirt, accelerating the melting of ice and possibly pushing the climate crisis towards a point of no return by causing global sea levels to rise faster than predicted.

“Until recently people have thought of glaciers and ice sheets … as being relatively lifeless places. But when you look under a microscope, the Greenland ice sheet in particular, and other glaciers, reveal themselves to be a frozen rainforest of biodiversity,” says Cook, who through his Ice Alive mission, has been seeking to shed light on the fascinating ecosystem and its effect on the Earth’s climate.

A vast repository of fresh water, the Greenland ice sheet covers around 656,000 square miles (1.7 mln square km) and is the largest single contributor to the global sea level’s rise. According to scientists, it may potentially result in ocean levels rising by up to seven meters (23 feet).

One of the tiny culprits is an algae that grows in the thin layer of water on the surface of the ice, churning out a purple-brown pigment that acts “like a natural sunscreen,” according to Cook.

The organisms are thus safeguarded against the full force of the Arctic sunlight, while at the same time the pigment causes the ice to warm up and melt.

“These algae, like the black t-shirt for the glacier, are causing it to warm up in the sun and melt faster.”

According to research carried out on a part of the Greenland ice sheet spanning 3,900 square miles (10,000 square km), algae is responsible for up to 13 percent of the ice melt. In several areas the melting was accelerated by up to 26 percent.

An aerial photo taken on August 15, 2019 shows icebergs as they float along the eastern cost of Greenland near Kulusuk (aslo spelled Qulusuk)

Cook has undertaken several field seasons in the Arctic to explore how ice microbes survive in the hostile environment and how they have taken on the role of ‘climate influencers’.

Whilst there are records of glacier algae in the diaries of polar explorers from the 1870s, says Cook, their role has taken on a huge importance due to global warming.

As temperatures soar and snow fall is reduced, a greater surface area of ice is exposed, allowing the algae to flourish and boost ice melt, releasing more water.

The process becomes a ‘vicious cycle’ as released nutrients held in the ice, in turn, promote algae growth.
Furthermore, another microbe, a type of bacteria found on the surface of ice sheets, glues dust particles in melted water together, forming a dark substance called cryoconite.

​Ice underneath the substance also melts quicker, resulting in ‘pock-marks’ on the surface of the ice sheet.

“That process creates an ecosystem, a niche on the ice surface that wouldn’t otherwise exist,” says Cook.

The research carried out by Cook feeds into growing evidence that the rate of ice sheet melting has been increasing. A recent study suggested, based on satellite data, that glaciers are more sensitive to a warming climate than previously thought.

In 2019 NASA’s Oceans Melting Greenland project revealed that Greenland’s ice sheet had suffered a huge single-day volume loss. The melting caused an estimated 12.5bln tonnes of ice to pour into the Arctic Ocean.

“If we want to make good decisions about how to manage our land, our infrastructure … and our economy into the future, we have to have good projections of sea level rise and the associated risks in that same time span,” said Cook says.

Sources: Intercontinental Exchange's Bakkt is in advanced talks to go public via a merger with SPAC; combined entity could be valued at $2B (Bloomberg)

Spain: Violence flares back up at protests for jailed rapper

BARCELONA, Spain – After a brief respite, protests have again turned violent in Barcelona as supporters of a Spanish rap