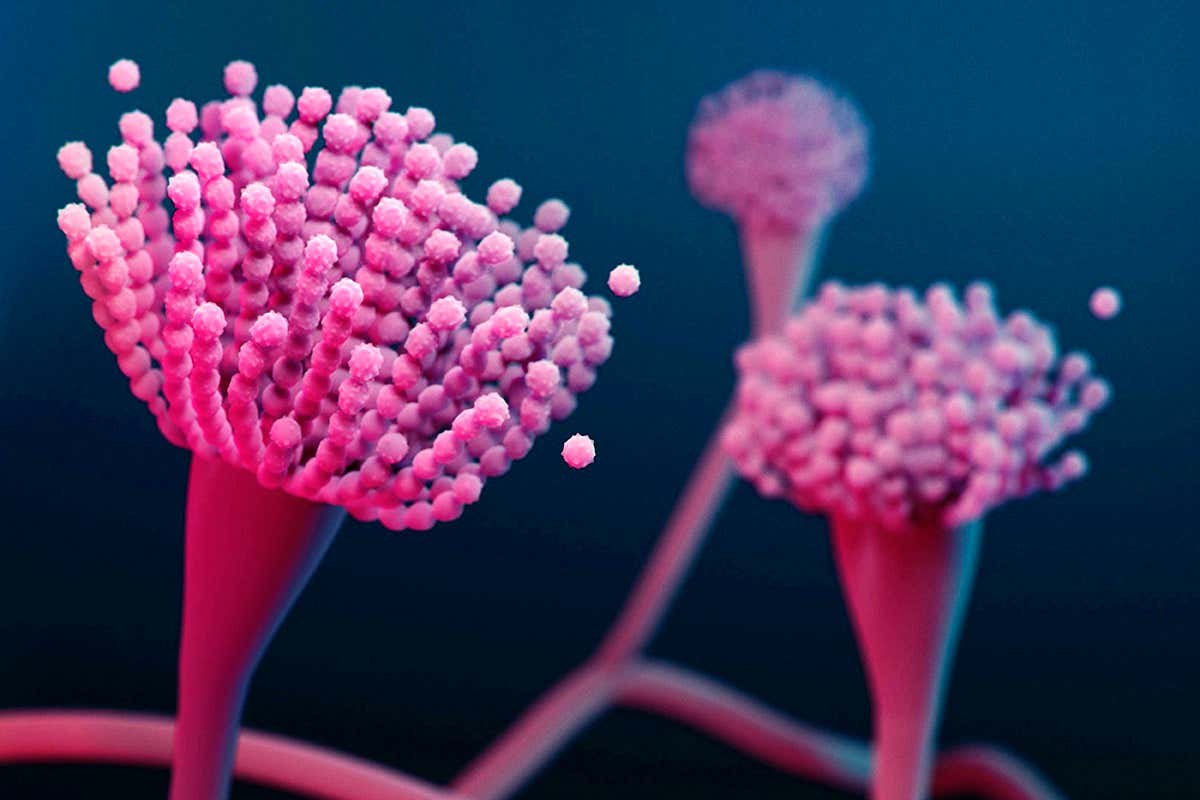 A new antifungal compound that is effective against even multidrug-resistant fungi has been found in the microbiome of a marine animal.

Fungal infections affect hundreds of millions of people globally each year. “They’re particularly a problem for people whose immune system is suppressed,” says David Andes at the University of Wisconsin–Madison. This includes people being treated for cancer, organ transplant recipients and premature babies.

The new compound may help because it is effective against many fungal pathogens that infect humans, including Aspergillus fumigatus and Candida auris.

Andes and his colleagues found the compound – a molecule that they named turbinmicin – inside Micromonospora bacteria that live within sea squirts, which are filter feeders. They made the discovery by screening bacteria that they had isolated from a variety of marine animals. The team searched for bacteria with promising chemical fingerprints and found that turbinmicin targeted a fungal protein called Sec14p, which no other antifungal drugs target.

Turbinmicin’s efficacy against C. auris is promising given that the fungus, which is contagious, appears to have developed resistance to almost all other currently available antifungal drugs.

Many antimicrobial drugs have originated from discoveries made by studying bacteria that live on land, but less research has been done on ocean-dwelling bacteria, says Tim Bugni, also at the University of Wisconsin–Madison. “There’s an immense amount of bacterial diversity there that had never been looked at for drug discovery.”

One of the challenges of developing antifungal drugs is potential toxicity, because of similarities between fungi and human cells. Both fungi and humans are eukaryotes – organisms with complex cells containing a nucleus and organelles that are bound by membranes.

“It’s hard to kill them without hurting us,” says Andes. But so far, “we’re not seeing a significant toxicity signal”, he says.

The team will conduct safety studies and plans to develop the compound for clinical use. Meghan, Duchess of Sussex, wore a sentimental piece of jewelry in her new interview with Oprah Winfrey: A diamond bracelet