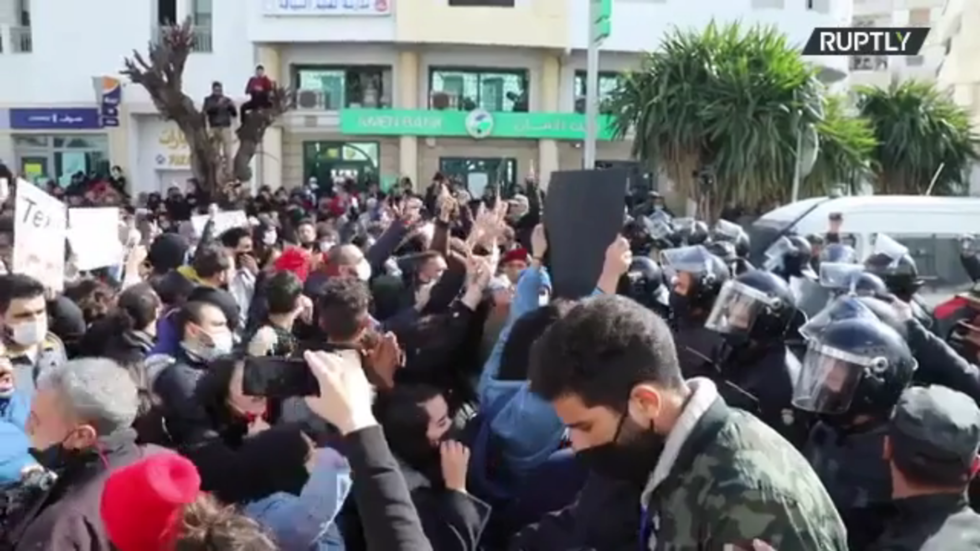 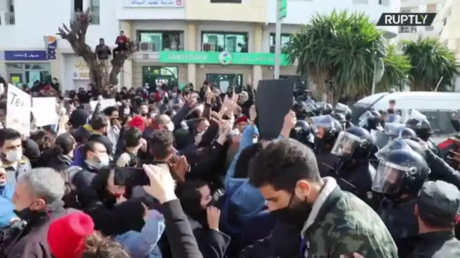 Hundreds of protesters have taken to the streets of Tunisia to vent their ire at social inequality, police brutality and a lackluster response to the coronavirus pandemic which has exacerbated economic woes in the country.

Police have engaged in increasingly violent nightly clashes with protesters in recent days, amid weeks of demonstrations.

The situation escalated on Monday with the death of Haykel Rachdi, a young man who was hit by a police tear-gas canister.

He was buried on Tuesday and clashes between mourners and police ensued shortly afterwards, as tensions continued to simmer.

Protesters have decried the imposition of what they dubbed a “police state.” “No work, no development, no investment… just police against the people,” said one protester.

The country’s parliament voted on Tuesday to approve a cabinet reshuffle amid rising tensions between factions in support of Prime Minister Hichem Mechichi and those backing President Kais Saied.

Police erected fortified barricades outside the parliament buildings in the capital, Tunis, and deployed water cannon to disperse the largest crowd seen during weeks of protests and unrest.

The crowd marched from the Ettadhamen district of the capital, which itself has seen violent clashes between youths and police for weeks, after Mechichi named 11 new ministers

“Young people protesting outside parliament reminds us of our priorities. Their protests are legitimate and the government will listen to the angry youth,” he said.

However President Saied said this week he would reject the cabinet reshuffle, denounced the lack of female representation in the government and cited potential conflicts of interest among newly-minted members.


The unrest coincides with the 10th anniversary of Tunisia’s 2011 revolution, which went on to inspire the so-called Arab Spring, though many Tunisians now lament the failure to realise the democrat dreams of the revolution, with protesters’ chants of “The people want the fall of the regime!” now echoing similar chants from a decade ago.

Tunisia’s economy shrank by more than eight percent in 2020, owing to festering economic problems greatly exacerbated by the coronavirus pandemic, with public debt exploding to more than 90 percent of GDP.