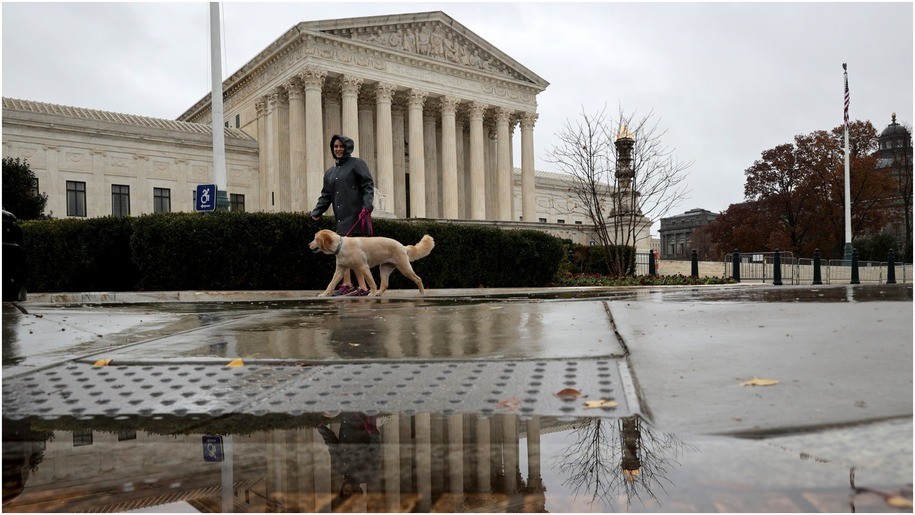 
Briggs was convicted, dismissed from the Air Force, and sentenced to five months in prison in large part because of an understood precedent that no statute of limitations applied to rape in the military, CNN reported. The military’s top appeals court, however, found that a five-year statute of limitations was in place from 1986 to 2006 that served as a loophole. The court vacated Briggs’ sentence. Since the reversal, convicted rapists have been freed, and 10 new cases couldn’t be heard, the U.S. Justice Department told CNN. The government agency decided to request that the Supreme Court hear the case based on a “misunderstanding of the law,” according to the Justice Department’s petition.

The government contended that: Allowing the lower court’s decision to stand could “subvert the military’s concerted effort to eradicate sexual assault, erode confidence in the military-justice system, and fuel the impression that ‘nothing will happen to the[ perpetrator’ of military rapes, all of which could further deter sexual-assault reporting and ultimately undermine military effectiveness.” Justice Samuel Alito wrote in the court opinion: “On balance, we find the Government’s interpretation more persuasive.”

The court considered testimony from the courageous sergeant in the 2013 case at hand, whom we’ll call Sgt. “DK” to protect her anonymity. Read a transcript CNN obtained of the call she made to her rapist. (WARNING: The transcript describes rape in great detail. It may be inappropriate for young readers and triggering for others.)

DK: “Hi, this is Sergeant [K]. Actually, you probably remember me as Airman [W] from when we were stationed at Luke together.”

DK: “I was wondering if I could have a few minutes of your time to talk to you about something.”

DK:  “Um, I wanted to talk to you about when we were TDY to Mountain Home together.”

DK: “I’ve been going to counseling for a while. Um, my counselor thought that it would be a good idea if I could call you to get closure for what happened the last night— “

DK: “I wanted to know why you had sex with me when I was so drunk”

Briggs: “Well, I was pretty drunk as well. That’s not an excuse. Um, you know, we were both really into each other. Um, I don’t know if there was any, you know, off-duty stress in my life or whatever. I’m sure there was, but that’s not an excuse either. I’ve thought about that a lot, um, over the years at various functions or various, you know, training or whatever. Um, you know,—yeah, so we were both really drunk. I think you were much more drunk than I was. And, um, I think neither one of us—you know, in hindsight neither one of us wanted that to happen. Um, that night it seemed like both of us wanted it to happen. Um, neither one of us—I mean, both of us were coherent throughout the whole evening and then it was—I mean, the next day it was, um, you know, a tremendous amount of regret, um, remorse. ‘Oh, my God, what happened?  How did I do this?’    Um, and I’m—and that was from my state of drunkenness. From yours I don’t know what happened. I assume you passed out after—afterward. But, you know, I have relived that decision-making and how did we—how did it get to that point. And, um, I never—I blame myself certainly, um, just based on my position, you know, and being less drunk than you were. Um, it’s not like I didn’t know what was happening. Uh, I honestly—I  honestly don’t think that—um, I honestly don’t think that—I honestly don’t think that we did anything that right at that moment we didn’t want to do. Certainly afterwards neither one of us wanted to have done that. Certainly we both regret that. Um, and, you know, our—obviously I haven’t had any contact with you since, but I can only imagine that it has affected you in a way as it has affected me, um, in different ways for each of the two of us. Um, it was definitely a turning point or definitely a significant  point, but, um,—and  it  is  something I’ve learned a lot from, but when you asked me why did it happen or why did I do that I didn’t—um, I didn’t make the—I didn’t make the determination that neither one of us were in our right mind to make decisions and I wasn’t really thinking about that.”

DK: “Why didn’t you just quit? You knew how drunk I was.”

Briggs: “I did. I did. I mean, we could hardly stand when we were getting checked at the front gate. I did.”

Briggs: “I did. She did take you back to your room. I went back to mine and then I came back over.   Um, yeah, we went into each of our buildings or whatever and then after I got to my room and I assume you had gotten to yours that’s when I came back over. I think I was—um, well, I was young and immature and, um, younger—um,  younger and immature and, um, had a—didn’t have an appreciation for, uh, everyone as human beings or everyone as—um, I guess—I  don’t know. I didn’t—I  didn’t respect people in the way that I should have. I didn’t respect everyone as individuals and equals as I should have. Um,  you know, I think I  told you this, you know, in the week or two before that you’re like a little sister. I was really fond of you; really into you. I think that was obvious. I didn’t—and, uh, maybe I used your—you know, your—how you reacted to me when we were, you know, sober when we were at work, when we were not drunk, um, as like what you really, really wanted instead of listening to you when I needed to; when I should  have, and doing the responsible and appropriate thing, which would have been probably just not even to go over to your room, you know, in the first place. … But it certainly—I mean, I’m sorry.”

DK: “I bled for days afterwards. I couldn’t sit down. I was so bruised and swollen. What—“

DK: “I told you it hurt. I tried to get away from you. I told you to stop. Why didn’t you listen to me?”

DK: “I want—I  need to hear you apologize for what you did.”

Briggs: “I am so, so sorry for being selfish, for disrespecting you, for not listening to you, for not being your—not just your friend, but not being professional and being a human being when you needed it. I’m so sorry for pushing myself on you; for putting my selfish, distorted needs and subjecting you to that; for not respecting you as a person and listening to you and stopping.”

DK: “You raped me. You destroyed me. For eight years, I have had to live with this by myself. I can’t talk about it; I can’t tell anybody. You took everything from me. Why?”

Briggs: “I didn’t know the repercussions and even if I did I wasn’t—I was selfish. I was—“

DK: “I need to hear you say you are sorry for raping me.”

Briggs: “I am sorry. I have been sorry. I will always be sorry for raping you.”

Briggs: “If there is anything I could do or can do—if there is any way I can make amends or help you heal or ease your suffering or pain, either let me know or have someone let me know, or whatever.

DK: “Just hearing you admit it and say that you did it is enough for right now. Thank you. I—I have to go now.”