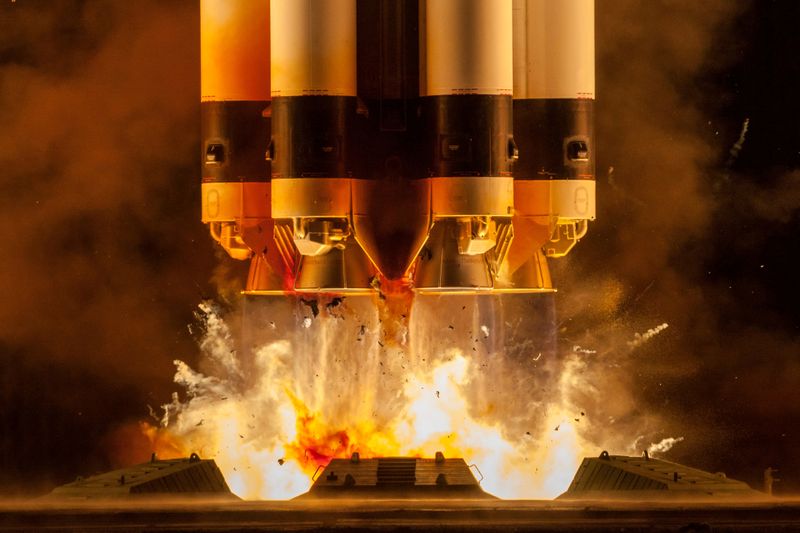 © Reuters. FILE PHOTO: Proton-M carrier rocket with Briz-M booster, Ekspress-80 and Ekspress-103 satellites blasts off from the launchpad at the Baikonur Cosmodrome

MOSCOW (Reuters) – Russia on Monday successfully test launched its heavy lift Angara A5 space rocket after a six-year hiatus in a project President Vladimir Putin describes as having huge significance for national security.

First test-launched in 2014, it is being developed to replace the Proton M as Russia’s heavy lift rocket, capable of carrying payloads bigger than 20 tonnes into orbit. A launch pad for the new rocket is due to open in 2021.

The Angara has however been dogged by manufacturing delays and technical issues, including the discovery last year of a defect in its engines that scientists said could destroy it in flight.

The defence ministry and space agency Roscosmos said Monday’s launch, from the Plesetsk cosmodrome in the country’s northwest, had been successful however.

Roscosmos has suffered a series of setbacks and corruption scandals in recent years, including during the construction of the Vostochny Cosmodrome in the country’s far east where contractors were accused of stealing state funds.

The Vaccines Will Probably Work. Making Them Fast Will Be the Hard Part.

Between a rock & a hard place

Washington Is Transformed Into a War Zone Ahead of Inauguration