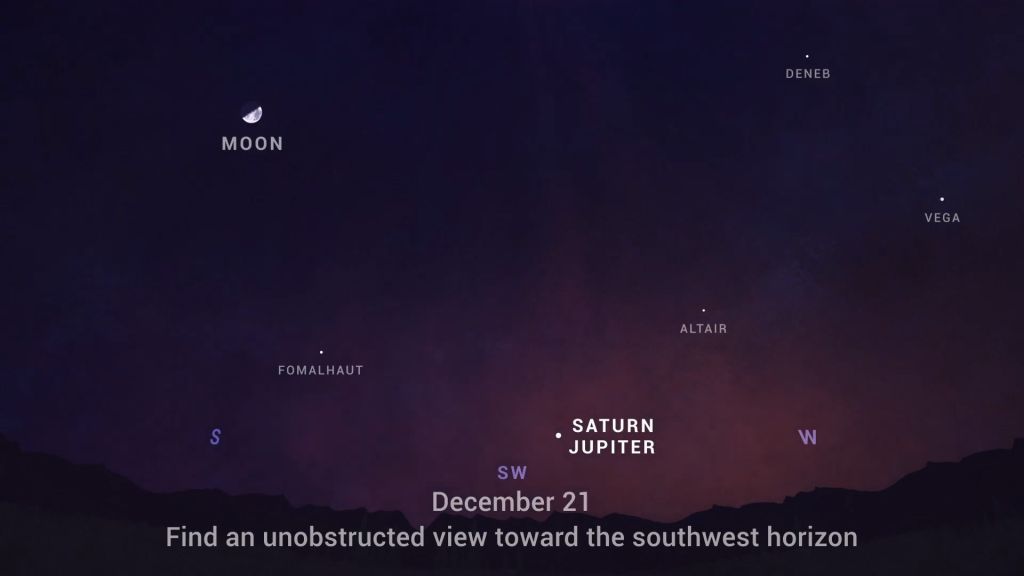 
Saturn and Jupiter will appear to almost kiss this winter solstice, although not because of some cosmic mistletoe hanging overhead.

Rather, the two gas giants will look as though they’re very close in the night sky in an event known as a “great conjunction,” which happens roughly every 20 years. In reality, Saturn and Jupiter will be hundreds of millions of miles apart from each other.

This year’s great conjunction will be exceptionally close — just a tenth of a degree apart, or one-fifth of a full moon’s diameter. The last time Saturn and Jupiter looked this cozy was July 16, 1623, back when the famous Italian astronomer Galileo Galilei was alive, according to Space.com, a Live Science sister site.

Stargazers tracking Jupiter and Saturn since this summer will have noticed the planets slowly sidle up to each other. As the solar system’s largest planet, Jupiter is usually one of the brightest planets, but lately it’s been shining even more brightly, because of Saturn’s close presence to its left (the east), Space.com reported.

The last great conjunction happened on May 28, 2000. The two planets appear to rendezvous so infrequently because their orbits are mismatched. Jupiter takes nearly 12 Earth years to circle the sun, and Saturn takes nearly 30. On top of that, these gaseous planets travel on differently tilted “tracks” around the sun, so they rarely appear this close to one another (at least from Earth’s perspective) during great conjunctions, Michael Brown, an astronomer at Monash University in Australia, told The Washington Post.

Before the very close 1623 great conjunction, which was likely impossible to see from Earth because the planets appeared so close to the sun, the last visible and seemingly intimate meeting between Jupiter and Saturn happened in March 1226, Brown told the Post.

Sky-gazers hoping to see the cosmic “meeting” this winter solstice — the “shortest day” of the year in the Northern Hemisphere — should look just above the horizon in the southwest, about an hour after sunset, according to NASA. You should see the kissing planets with the naked eye, and if you have a telescope or binoculars, the planets will appear in the same field of view. “In fact, Saturn will appear as close to Jupiter as some of Jupiter’s moons,” NASA wrote in a statement.

The next great conjunctions will appear on Nov. 2, 2040, and April 7, 2060, but during both of those events, the planets will appear 1.1 degrees apart, or 11 times farther than this month’s view, according to timeanddate.com. To see the next super-close great conjunction, sky watchers (or maybe their children or grandchildren) will have to wait until March 15, 2080. 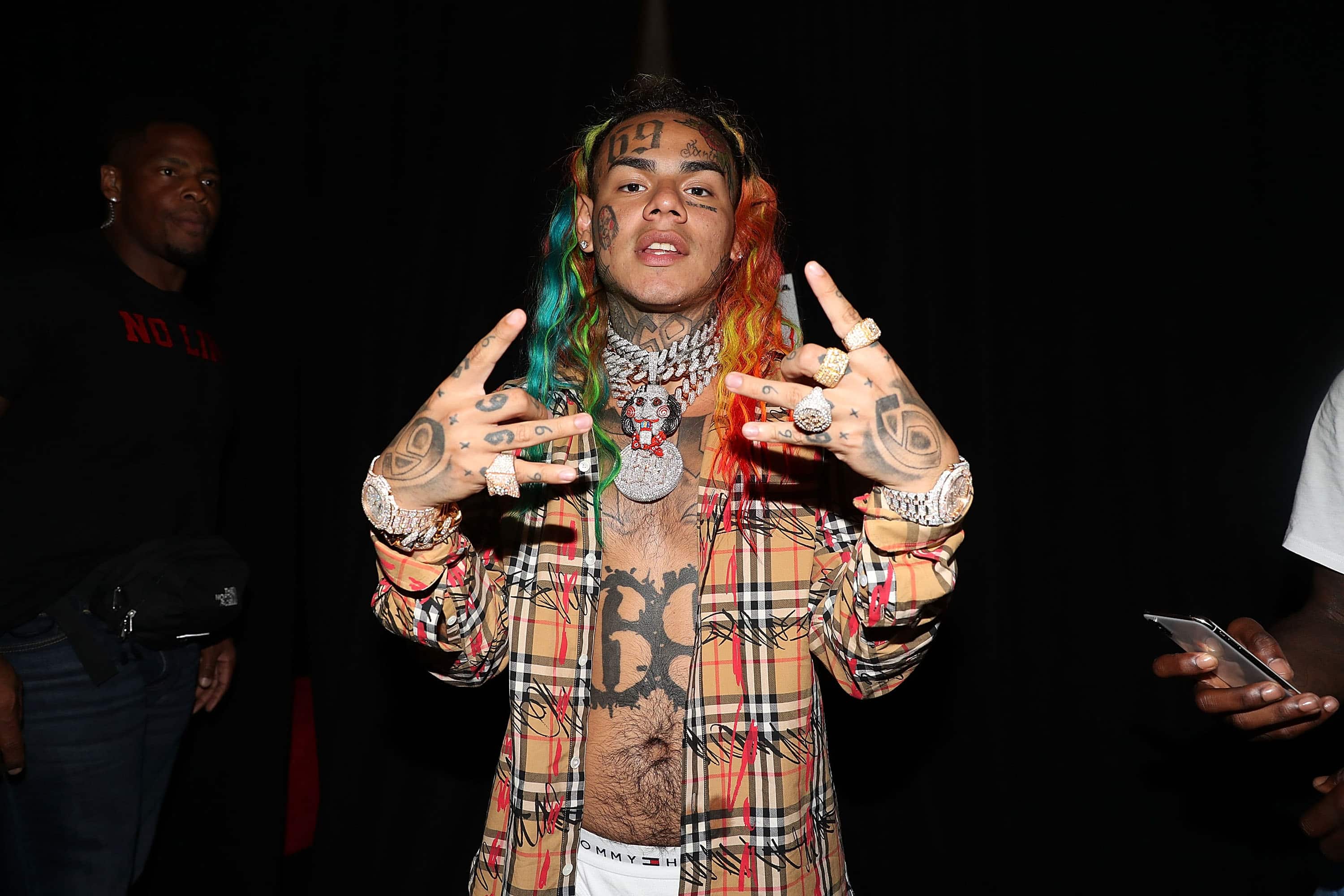 Tekashi 6ix9ine Officially Sued By Victims In His 2018 Robbery Case 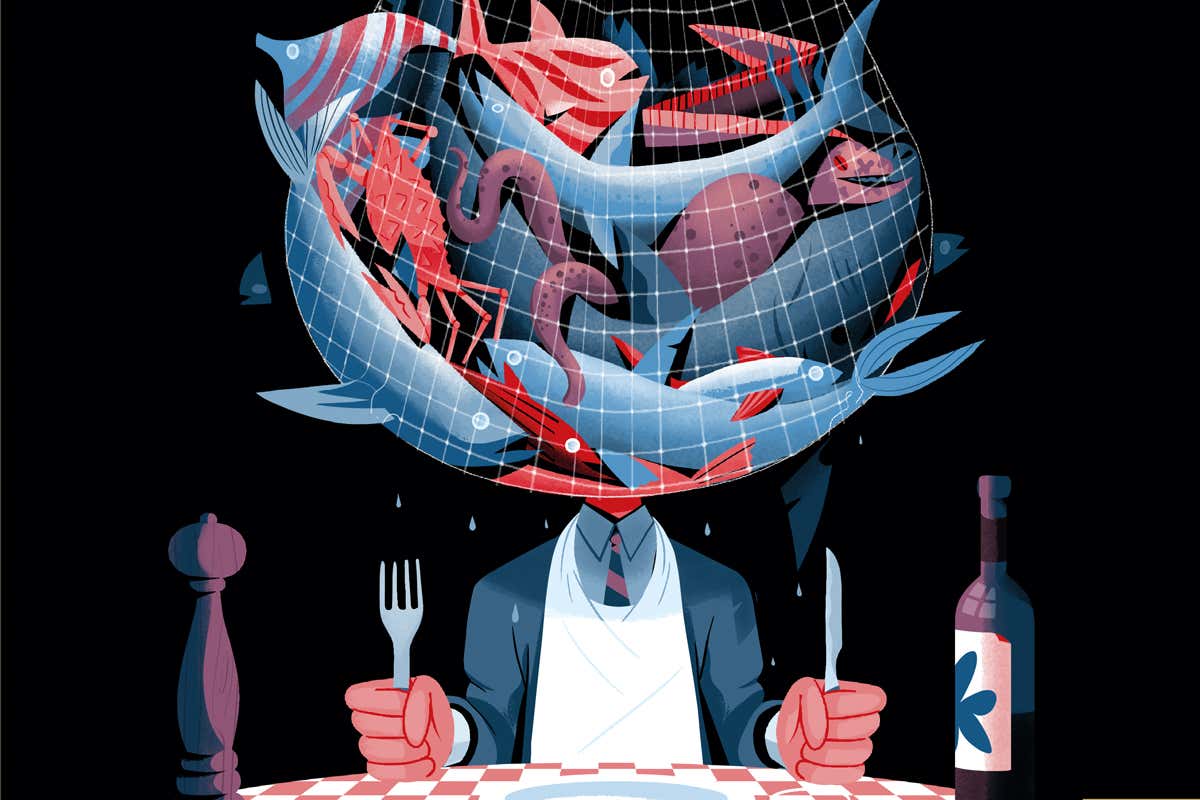 Is our growing appetite for fish harming the planet?