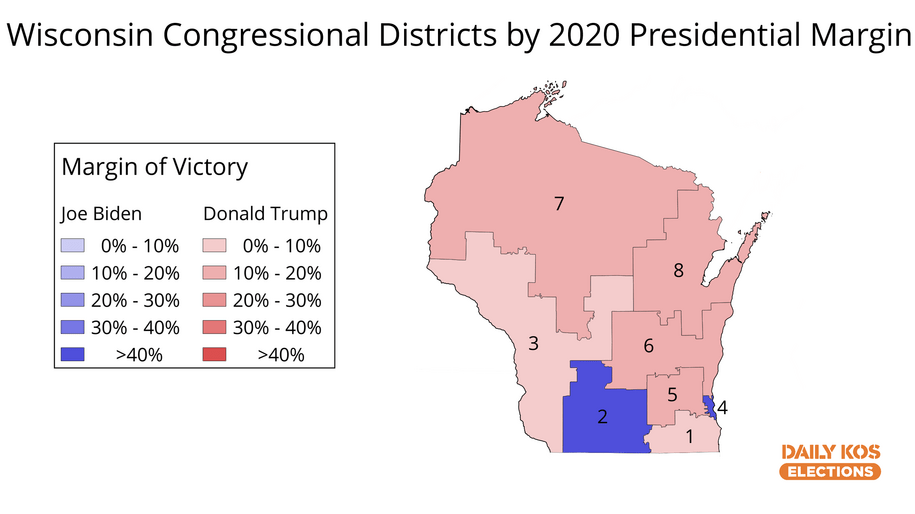 
We’ll start with a look at the 3rd District in the southwestern part of the state, where veteran Democratic Rep. Ron Kind once again won reelection even as Trump also carried his district. The GOP drew up the 3rd at the start of the decade as a safely Democratic constituency in order to protect Republicans in neighboring seats, and it performed as expected in 2012 when Barack Obama carried it 55-44.

It was a big surprise in 2016, though, when the district went for Trump 49-45 in 2016, and despite Democratic hopes that it would snap back, Trump won it by a similar 51-47 margin this time. When drilling down to decimals, this was also the only congressional district in the state where Trump’s margin grew, albeit by just 0.16 points.

Kind had not faced a serious Republican challenge since the 2010 GOP wave, but he had to go through an expensive fight to win his 13th term. Republican Derrick Van Orden proved to be an unexpectedly strong fundraiser, and national GOP organizations poured in $1.9 million to support the challenger. But Kind, who benefited from $580,000 in spending from Democratic outside groups, prevailed 51-49, the narrowest showing of his career.

Republicans had no trouble holding the other five Trump seats, but there was some noteworthy movement to the left in one of them. The 5th District in the Milwaukee suburbs—which includes most of well-known Waukesha County—has been some of the reddest turf in Wisconsin for generations, and Mitt Romney’s 61-38 victory easily made it his best district in the state. Trump took it by a smaller 57-37 spread in 2016 even as he made major gains elsewhere in Wisconsin, though, and his margin shrunk to 57-42 this time.

This area is still very friendly to Team Red, as evidenced by state Senate Majority Leader Scott Fitzgerald’s easy 60-40 victory in this year’s open-seat race to replace retiring GOP Rep. Jim Sensenbrenner. However, Democrats will continue to benefit in statewide elections if they can keep preventing Republicans from rolling up the massive margins that they were once accustomed to here.

There were shifts to the left in Wisconsin’s six other districts as well, albeit smaller ones. The 2nd District in the Madison area, which is held by Democratic Rep. Mark Pocan, moved from 66-29 Clinton to 69-29 Biden. Biden improved on Clinton’s margin of victory by 1 to 2 points in the remaining constituencies.

Republicans had full control of the maps after the 2010 census, but things are more uncertain this time. Democrats prevented the GOP from obtaining enough seats in the legislature to override Gov. Tony Evers’ vetoes, and it’s very unlikely that the two parties will agree on a new map. However, Republicans may be able to gerrymander once again if they can convince the state Supreme Court, where conservatives hold a 4-3 majority, that Evers does not have the power to block new maps.

Note: We do not include write-ins when calculating results by congressional district, so you may notice that our overall statewide toplines for Wisconsin in our spreadsheet differ slightly from official totals. 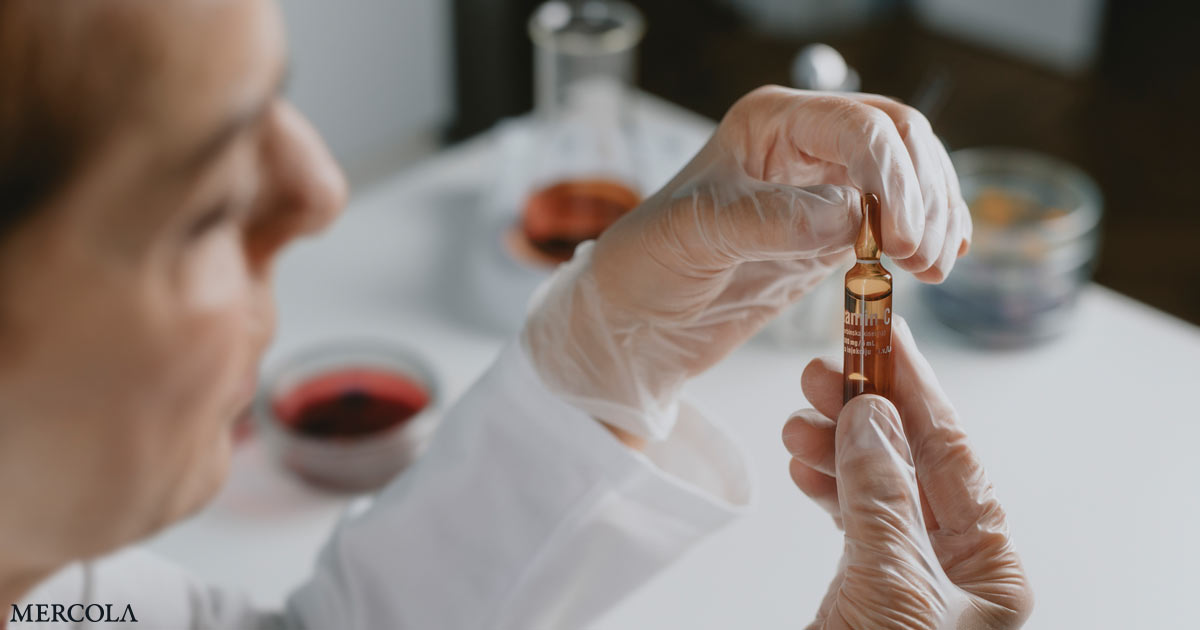