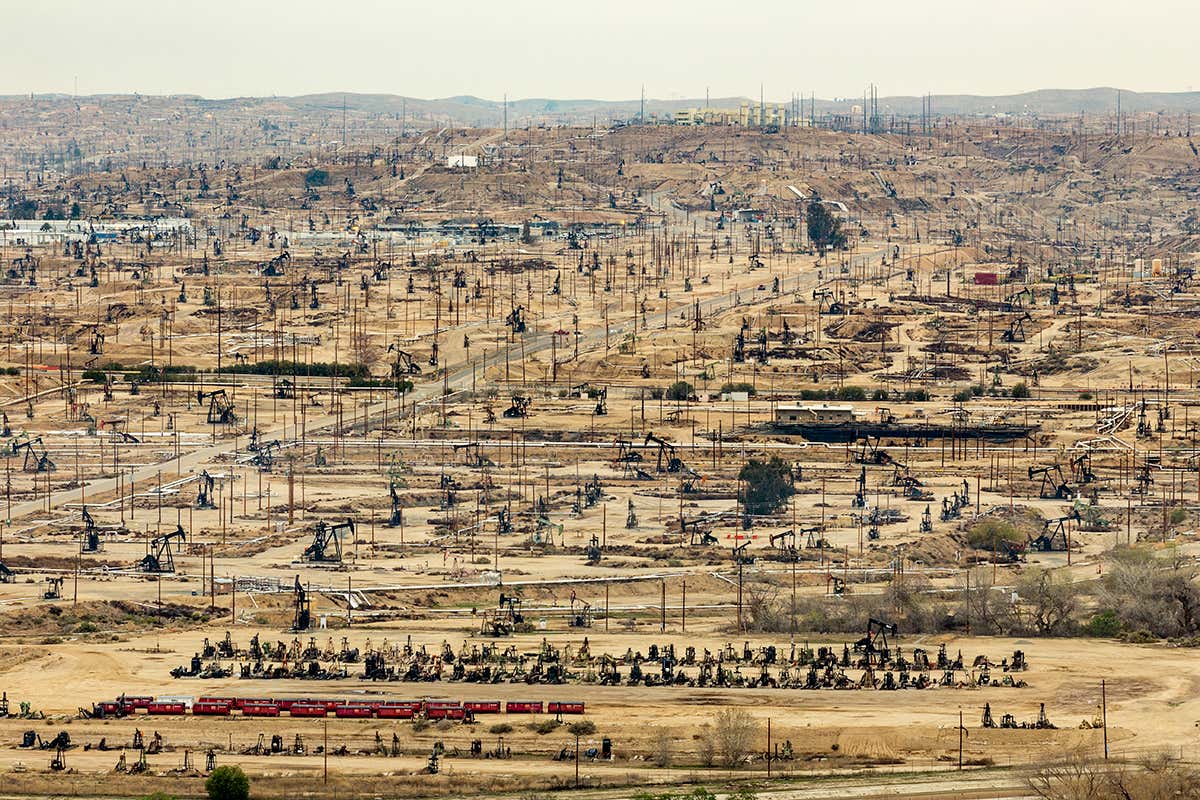 
This unreal landscape captures the environmental price of intensive oil exploitation paid by a desert in Kern County, California. The image was taken by David Gardner and won a prize at the 2020 BarTur Photo Award

THIS landscape looks more like a bizarre film set than a real place. What was once a desert occupying more than 40 square kilometres across the foothills in Kern County, California, has been rendered unreal by an immense sea of oil rigs and pump jacks that leave little trace of its natural state.

The Kern River Oil Field has been mined extensively for crude oil since the spot was first discovered in 1899. Its reserves were estimated at more than 475 million barrels in 2006, with oil currently being removed at a rate of 70,000 barrels a day. Extraction has been made easier by fracking, a drilling process that allows oil producers to tap into more reserves than ever.

This image is part of a collection of photographs entitled “Into the Anthropocene” taken by photographer David Gardner. The collection won him the Judges Choice prize in the Professional Climate Change category in this year’s BarTur Photo Award.

Gardner’s work highlights the environmental destruction taking place throughout the western US in order to support an ever-growing human population.

“In each location, I was simultaneously dazzled and disturbed by the scope of these transformations – many occurring in my lifetime,” writes Gardner on the BarTur Photo Award website. “What was revealed I found compelling – strangely alien but completely human.”

For more on the 2020 winners and details of a related exhibition, visit barturphotoaward.org.

How You Can Get Fit At Home Without Spending Big Money