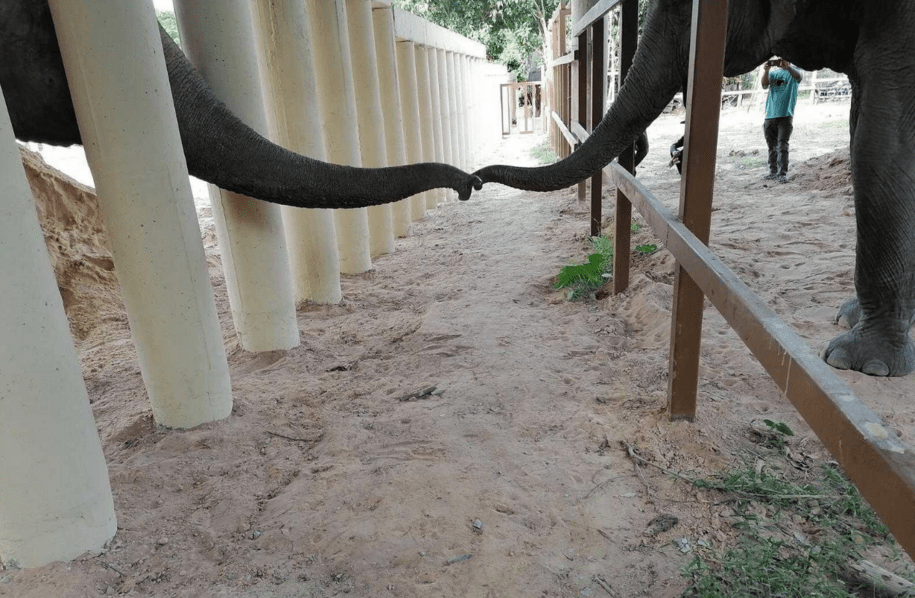 
• Trumpsters try to burrow into permanent government jobs: Kelsey Brugger at GreenWire reports that many of Donald Trump’s political appointees are petitioning to become part of the permanent bureaucracy. Appointees in the departments of Interior, Agriculture, and Justice have requested to be transferred to “nonpolitical permanent positions” beginning in January. This end-of-term “burrowing” isn’t unique to the Trump regime, but insiders say there’s more of it happening this time. In President Obama’s final year in office, the Office of Personnel Management approved 21 of 33 transfer requests. This year, 42 Trump political appointees have bid for permanent jobs. “So I do think this is different,” said Max Stier, CEO at the Partnership for Public Service. “We don’t know what’s in the fourth quarter. We don’t know if everything that happened was reported. I think there should be concern … The context is troubling. There’s a lot of smoke.” Joel Clement, a former Interior climate policy staffer and whistleblower, said Trump appointees might want to burrow because their association with Trump might may it more difficult to get jobs on K Street or elsewhere in Washington. One related big worry: Trump, apparently eager for a return to the spoils system, is seeking to make it easier to hire and fire civil servants.

• California needs more energy storage than previously thought for carbon-free grid in 2045: California has mandated that all its electricity must come from clean sources a quarter-century from now. Because the sun doesn’t shine and the wind doesn’t blow all the time, analysts say that fulfilling that plan requires more long-range duration energy storage than the 1 gigawatt that the state’s regulators said earlier in 2020 would be needed by 2026. The state needs much more: up to 11 gigawatts by 2030, and as much as 55 gigawatts by 2045, according to a new study commissioned by the California Energy Storage Alliance (CESA), an industry group. A sister organization came up with a methodology for scrutinizing costs of emerging technologies that purport to store electricity cost-effectively for five, 10, and 100 hours. “We need long-duration storage sooner than we think,” CESA policy manager Jin Noh told Julian Spector at Green Tech Media. “The resource build-out rate is so significant that we just have to start steadily procuring now to get to our 2045 goal.”

• Green pandemic recovery could bring 2030 emissions to levels needed for 2°C goal: The United Nation’s Environment Program’s (UNEP) annual Emissions Gap Report 2020 shows that, despite the drop in carbon dioxide emissions caused by the economic response to the coronavirus pandemic, we’re still headed toward a world with a 3°C temperature increase this century, twice as high as what climate hawks consider to be the level at which some of the worst impacts of climate change can be avoided. But the report says it is a “significant and encouraging development” that more countries are pledging to meet net-zero emissions goals by mid-century. Also, said Inger Andersen, UNEP’s executive director, the “report shows that a green pandemic recovery can take a huge slice out of greenhouse gas emissions and help slow climate change. I urge governments to back a green recovery in the next stage of COVID-19 fiscal interventions and raise significantly their climate ambitions in 2021.” Such a recovery could cut up to 25% from predicted 2030 greenhouse gas emissions, the report finds. Among the elements of such a green recovery as the authors of the report see it is adopting employment-intensive and low-carbon measures. Broad categories include support for zero-emissions technologies and infrastructure; support for research and development of these technologies; eliminating fossil-fuel subsidies; and developing reform nature-based solutions, including large-scale landscape restoration and reforestation.

• Concrete, metal, plastic, and other human-made stuff now exceeds mass of living matter on Earth: A study published in Nature found that when the 20th century began, the mass of human-produced objects was equal to about 3% of the world’s biomass. In 2020, human-made mass has reached around 1.1 teratonnes, exceeding the planet’s total biomass. “Since the first agricultural revolution, humanity has roughly halved the mass of plants,” the authors write. “While modern agriculture utilizes an increasing land area for growing crops, the total mass of domesticated crops is vastly outweighed by the loss of plant mass resulting from deforestation, forest management and other land-use changes. These trends in global biomass have affected the carbon cycle and human health.”

• Modeling study finds online shopping’s climate and congestion benefits are wiped out by rush deliveries: Researchers at the University of California Davis ITS Institute for Transportation Research modeled what same-day delivery means when it comes to the number of delivery vehicles on the road pumping out greenhouse gases. The findings? When companies choose to speed packages to their destination, it’s more likely to send inefficient, near-empty trucks to make those deliveries. What does that mean in terms of environmental damage? For a package delivered in an hour or less, the average distance traveled was seven times higher than for a package delivered in 24 hours. Nitrogen oxide emissions attributed to the package were about six times higher for customers who chose the fastest shipping. And that doesn’t count vehicle miles traveled and climate effects from customers returning packages, which happens to 15 to 40% of items bought online. As Kea Wilson writes, “the evolving logistics of getting billions of packages to American doorsteps itself, gives corporations a smokescreen for bad behavior. … The costs of complex warehousing schemes, split orders, and returns would have crippled even the biggest online retail giant long ago if we didn’t live in an economy that treats short-term losses as a sensible price to pay for total retail domination, not to mention a political climate in which deadly, congested roads are seen as a sign of economic health rather than a crisis.”

• Study shows lower-income neighborhoods more likely to be urban heat islands: A trio of studies found that the effect of urban heat islands (UHI) disproportionately burdens low-income neighborhoods in 70% of the sampled cities. This was true even for developed cities with relatively low income inequality such as Copenhagen, Berlin, and Vancouver, where the UHI effect more strongly affects poorer neighborhoods. Lower-income residents and people of color are more likely to live in the hottest neighborhoods. This makes them more susceptible to heat-related illnesses and death. “Disparities in urban heat exposure is a direct result of urban planning and design, environmental racism, and the policies such as redlining … do in fact exist,” said Angel Hsu, an environmental policy expert at the University of North Carolina Chapel Hill, who was the lead author of one of the studies. “And now we have the evidence and the quantitative data to show that these patterns are not isolated to case studies or ad hoc anecdotal evidence, but actually they’re widespread, pervasive and consistent.”

• GE Renewable Energy joins Veolia to start the first wind turbine blade recycling program: Most of the blades from onshore turbines that GE replaces in its repowering efforts will be shredded and used as a substitute for raw materials, including coal, now used in cement manufacturing, creating a “circular economy for composite materials,” said Anne McEntee, CEO of GE Renewable Energy’s Digital Services. GE says the Veolia process will make wind turbines fully recyclable and cut CO2 emissions from cement production by a net 27%, creating a “green cement,” according to environmental impact analysis by Quantis U.S. Nearly 90% of the blade material, primarily fiberglass, will be repurposed at Veolia’s processing facility in Missouri and used at blade-manufacturing facilities nationwide. 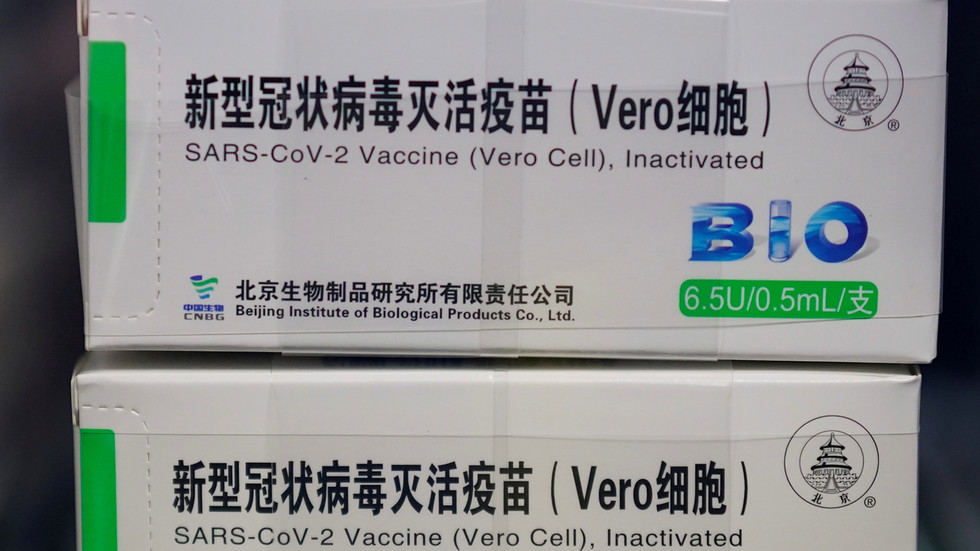 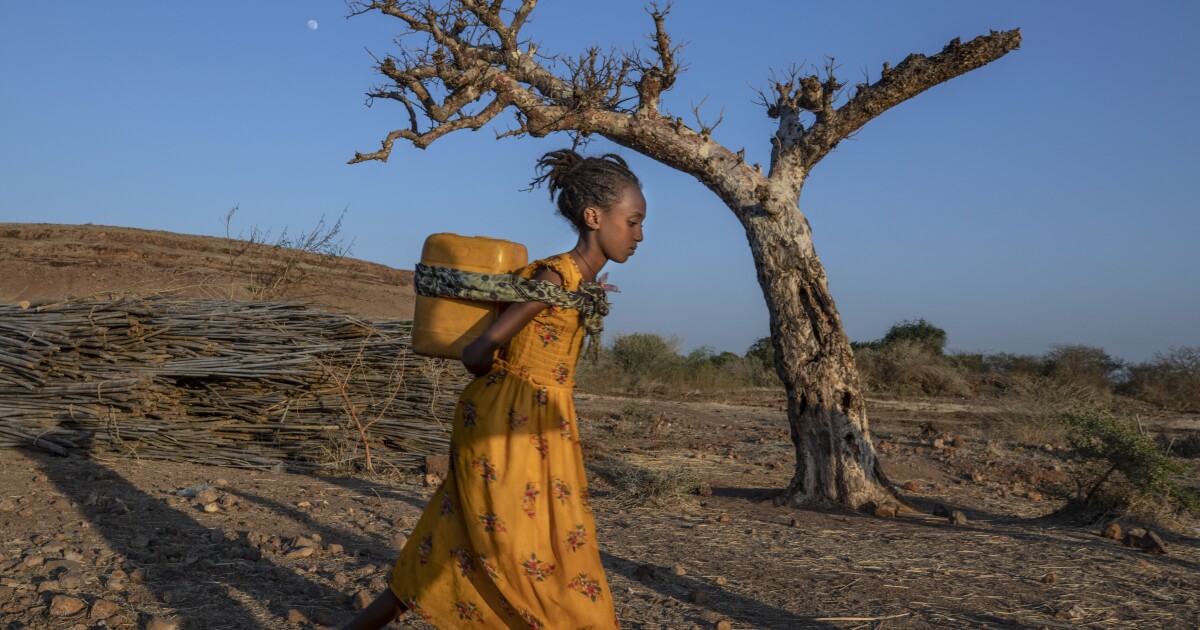 I reported on Ethiopia’s secretive war. Then came a knock at my door