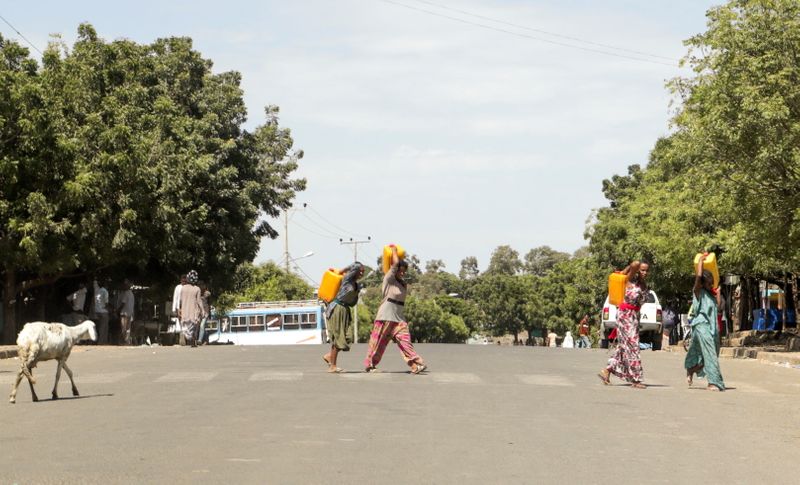 © Reuters. Residents carry jerrycans along a street in Dansha town in Tigray Region

WASHINGTON (Reuters) – The United States believes reports of Eritrean military involvement in the conflict in Ethiopia’s Tigray region are “credible,” a State Department spokesperson told Reuters on Thursday, despite denials by both nations.

The spokesperson called on any Eritrean soldiers there to pull out.

“We are aware of credible reports of Eritrean military involvement in Tigray and view this as a grave development. We urge that any such troops be withdrawn immediately,” the spokesperson said.

Abiy won a Nobel Peace Prize last year for making peace with Eritrea, but the presence of Eritrean troops on Ethiopian soil would alarm Western allies and risk further inflaming the conflict.

Eritrea has for years faced accusations of large scale rights abuses, including jailing opponents and forcing citizens into lengthy military or government service. It accuses Western powers of smear campaigns and luring Eritreans abroad, which they deny.

Ethiopia hosts the African Union, its security services work with Western allies, and its troops serve in peacekeeping missions in South Sudan and Somalia.

“We are also aware of reports of human rights violations and abuses in the region. All parties must respect human rights and international humanitarian law,” the spokesperson said.

“We and other international partners continue to urge an independent investigation of the reports and accountability for those found responsible.”

Claims by all sides are near-impossible to verify because most communications to Tigray are down, and the government tightly controls access.

Abiy and Eritrea’s President Isaias Afwerki signed a peace pact ending two decades of hostilities in 2018 and now regard the Tigray People’s Liberation Front (TPLF) as a mutual foe.

The TPLF claims to have killed and captured large numbers of Eritrean troops in the last month, but has provided no evidence. It has fired rockets into Eritrea at least four times, the U.S. State Department says.

Mesfin Hagos, a former Eritrean defence minister who broke with Isaias, said in an article for online publication African Arguments that the Eritreans sent in four mechanized divisions, seven infantry divisions and a commando brigade, citing sources in the defence ministry, opposition and personal contacts. 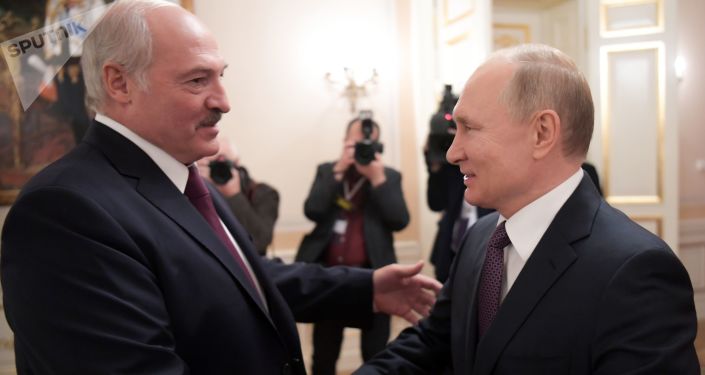 ‘My Only Friend’: Lukashenko Reveals He Can Argue With Putin Because They’re Very Close 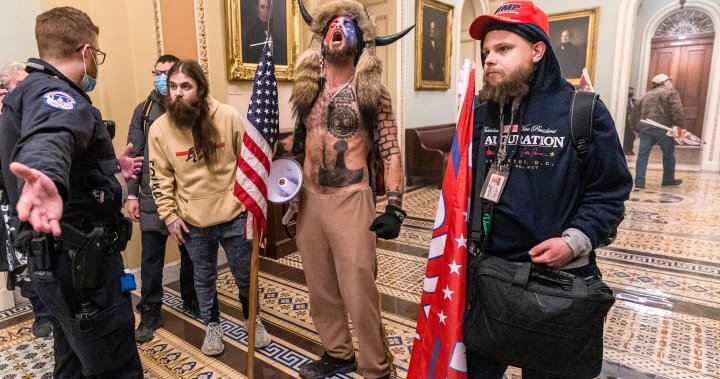 ‘QAnon Shaman’ from U.S. Capitol riot switches jails so he can get organic food – National