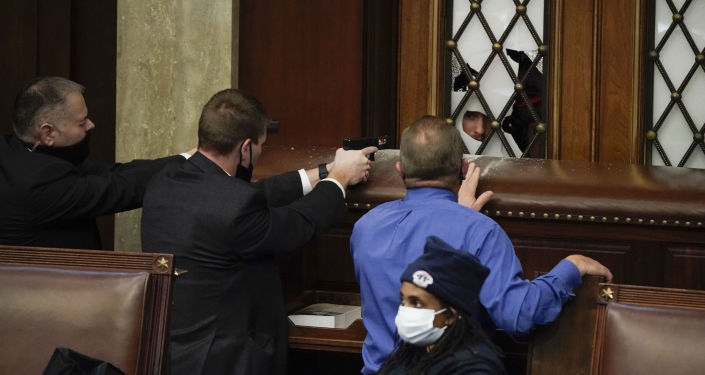 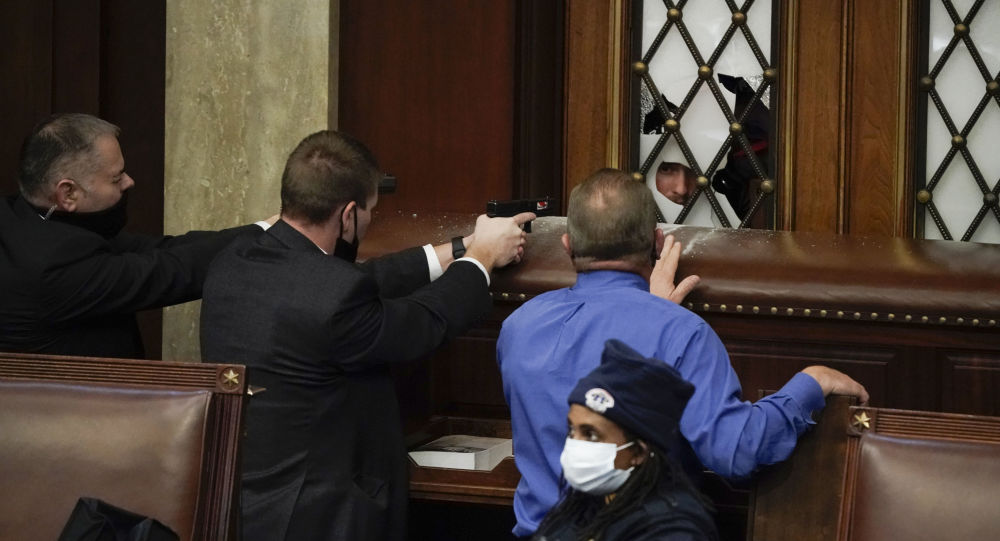 Thousands of protesters breached the US Capitol on Wednesday in a bid to prevent Congress from certifying Joe Biden‘s victory in the presidential election, clashing with police officers and forcing lawmakers to seek shelter.

One Capitol Police officer recently went viral after he was caught on footage confronting the unruly supporters of Donald Trump who broke into the Capitol building. The officer, identified as Eugene Goodman, apparently had noticed that the rioters were dangerously close to the entrance of the still-opened chambers – and intentionally led them the other way.

The video, shared by HuffPost congressional reporter Igor Bobic, shows Goodman taking a glance to his left – at the door that leads to the unsecured Senate chambers. He then slightly pushes the front rioter in a bid to provoke him to follow, and drives the crowd to the right, away from the door.

After leading the group away from the chambers, the officer finally was backed up.

Here’s the scary moment when protesters initially got into the building from the first floor and made their way outside Senate chamber. pic.twitter.com/CfVIBsgywK

As the footage went viral, netizens praised Goodman’s bravery and quick-thinking, calling him a national hero and claiming that he must have saved lives.

My thanks, Officer Goodman. THANK YOU. https://t.co/DwvUqCkW8M

Longer version of Eugene Goodman leading them AWAY from Senate chamber and protecting the Senators. He clearly thought out his actions and intentionally lead them to follow him knowing he was alone with no backup.
THIS IS HEROISM. https://t.co/zYqZV0L3FE

​Violent protests erupted on January 6 in Washington, DC, where thousands of supporters of President Donald Trump stormed the US Capitol building trying to prevent Congress from certifying the presidential election results. The rioters attacked police officers, damaged property and occupied the rotunda inside the building.

The siege resulted in five deaths and a large number of injuries. OUTRAGEOUS! Mitch McConnell Will Reach Out to Senator-Elect Tommy Tuberville and Urge Him Turn His Back on Trump in Electoral College Vote

Many U.S. doctors have received their COVID-19 vaccines, but nearly a third are foreign-born with family in countries facing no

The manga Attack on Titan is on the verge of ending with a pool of climax. The AoT fans worldwide