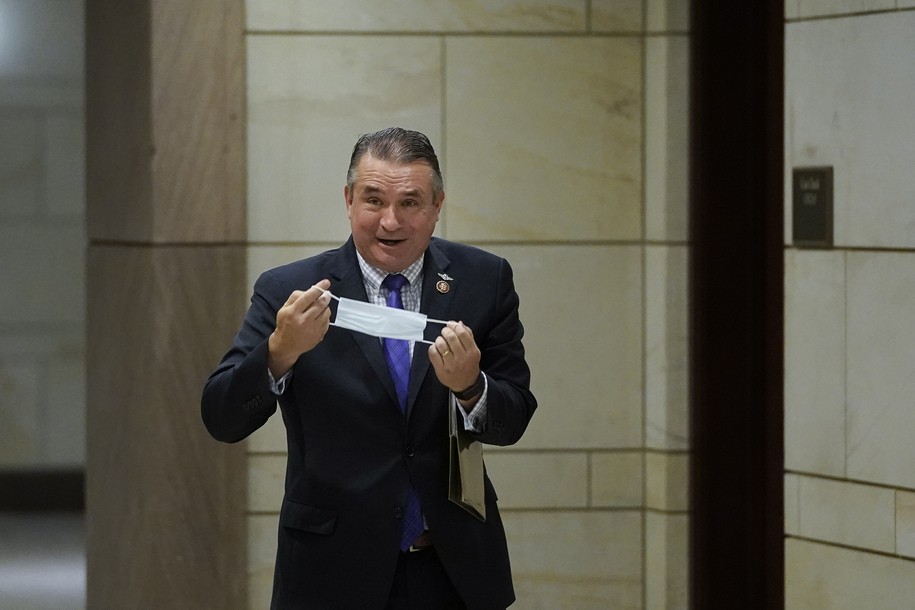 
The only other time this happened was in 2008, when Barack Obama likewise won the 2nd District despite losing statewide. Maine’s 2nd District also supported Trump while the state as a whole went for Biden, which makes this the first time in history that Nebraska and Maine have both split their electoral votes in the same election (Trump won Maine’s 2nd in 2016, too). Trump prevailed in Nebraska’s two other U.S. House districts without any trouble. You can find our map here.

Despite the 2nd’s move to the left, Republican Rep. Don Bacon was able to fend off Democrat Kara Eastman 51-46. Eastman had held Bacon to a surprisingly small 51-49 victory two years before in a race that major Democratic outside groups bypassed, but both national parties spent millions here this time.

Bacon, though, worked hard to portray himself as a bipartisan figure, an effort that got a boost when he received a prominent endorsement from former Democratic Rep. Brad Ashford, whom he’d unseated in 2016. (Ashford had tried to regain his seat in 2018 only to lose the primary to Eastman, who then defeated the former congressman’s wife, Ann Ferlic Ashford, in this year’s contest for the Democratic nomination.)

Bacon’s win notably makes him the first Republican we’ve found representing a Biden district, though he won’t be the last. This is also not the first time that a Republican congressman has won in Omaha thanks to crossover voting. Back in 2008, Republican incumbent Lee Terry temporarily set his hardline image aside by directly appealing to “Obama-Terry” voters, whom he described as “people who want the right kind of change.”

The strategy worked, and Terry won re-election 52-48 as Obama was carrying the 2nd District 50-49, though he never again showed any concern for advancing “the right kind of change.” Despite his win under tough circumstances, however, Terry found a way to lose re-election during the 2014 GOP wave to Ashford.

Trump easily took the other two Nebraska seats. While Democrats showed some optimism over the summer about putting the 1st District, which is home to Lincoln and surrounding rural areas, into play, Trump‘s 56-41 win was only a bit smaller than his 57-36 margin in 2016. Republican Rep. Jeff Fortenberry, meanwhile, turned back a challenge from Democratic state Sen. Kate Bolz by a larger 60-38. Trump also easily won Republican Rep. Adrian Smith’s sprawling 3rd District in the rural western part of the state 76-22, which wasn’t much different than his 75-20 showing four years ago.

Republicans will once again be the main players in the upcoming round of redistricting, but it’s not clear yet just how much power they’ll have. Nebraska’s unicameral legislature, which is formally nonpartisan but run by the GOP, offers lawmakers an uncommonly strong filibuster. Republicans weren’t able to win the two-thirds majority it would need to overcome a Democratic filibuster aimed at stopping new maps (a job that would then likely fall to the courts), but the GOP retains the ability to end the filibuster rule with a simple majority. (You can find our Washington calculations in our “Data” section below.)

● GA-Sen-A, GA-Sen-B: To date, Republicans have filed three lawsuits targeting the voting procedures that will be used in the Jan. 5 runoffs, with the most recent coming on Thursday. In an email, Marc Elias’ Democracy Docket explains them all:

The first lawsuit, filed by the RNC and Georgia GOP, challenges the use of ballot drop boxes and attempts to increase poll watching.

The second lawsuit, filed by the 12th Congressional District Republican Committee, two Republican voters, and two presidential elector candidates, seeks to prohibit the use of drop boxes, delay the processing of absentee ballots, and challenges signature matching rules in the state.

The third lawsuit, filed … by the Georgia GOP, NRSC, and the Loeffler and Perdue campaigns, makes yet another challenge to the early processing of absentee ballots.

The first case specifically demands that voters only be allowed to use drop boxes during regular business hours, while the second wants to ban them outright. All of them seek to make it harder to vote.

We also have a couple of newly released polls, though note that the survey below for the progressive group Be a Hero was conducted in mid-November (the AARP poll was in the field in early December):

And as always, we have some new ads:

● NJ-Gov: State GOP chair Doug Steinhardt, who recently filed paperwork for a gubernatorial bid, kicked off his campaign on Friday. A spokesperson says that Steinhardt will “soon step down” as party chair.

● VA-Gov: A week after petulantly announcing she’d run for governor as an independent, Republican state Sen. Amanda Chase reversed course and said she’d seek the GOP nomination after all. Chase was pissed that party leaders had opted to pick their nominee at a convention rather than a traditional primary, but she belatedly acknowledged that “if I run as an independent, that would ensure that a D would win.”

● LA-02: Former state Sen. Derrick Shepherd, a Democrat who resigned from the legislature in 2008 amid pleading guilty to conspiracy to commit money laundering, recently told LaPolitics that he was interested in running in the upcoming special election for Louisiana’s 2nd Congressional District. Shepherd said of his potential bid to succeed Democratic Rep. Cedric Richmond, “Enfranchisement and representation matters,” adding, “I’m looking at running because I know what it’s like to be counted out. Too many people in this district know that feeling.”

Shepherd campaigned for a previous version of this seat in 2006 against Democratic incumbent Bill Jefferson, who was under investigation for corruption at the time, and took third place in the all-party primary with 18%. Shepherd, though, soon had his own legal problems to worry about, and he went on to serve two years in prison; two women also accused Shepherd of domestic violence before he went to jail.

Shepherd has previously tried to return to elected office following his release, but his efforts so far haven’t panned out. While he mounted a successful court challenge to a state constitutional amendment that barred convicted felons from seeking state or local office for 15 years following the conclusion of their sentence, his legal victory came too late for him to run for the state House in the 2015 elections. Shepherd did make it on to the ballot in a race for a seat on the Jefferson Parish Council, but he lost a very tight race to a fellow Democrat.

The all-party primary field in this safely blue seat currently consists of Democratic state Sens. Karen Carter Peterson and Troy Carter, who both also unsuccessfully sought previous versions of this seat. A number of other local politicians are considering as well, and LaPolitics’ Jeremy Alford writes that two of them, New Orleans Councilwoman Helena Moreno and state Sen. Cleo Fields, are “both expected to make a move one way or another in the New Year.”

● New York City, NY Mayor: Outgoing Democratic Rep. Max Rose opened a campaign account on Thursday for a potential 2021 run for mayor, and over the weekend, he confirmed that he was “exploring” a bid.

Rose spent much of his re-election campaign this year trashing termed-out Mayor Bill de Blasio, who has long been unpopular in the congressman’s Staten Island-based 11th District: One six-second digital spot consisted merely of Rose saying, “Bill de Blasio is the worst mayor in the history of New York City. That’s the whole ad.” The appeal didn’t do the trick, though, as Rose lost to Republican Nicole Malliotakis 53-47.

Meanwhile, another familiar name is also showing interest in getting in. 2020 presidential candidate Andrew Yang said of the race, “I’m thrilled that people seem excited about my doing what I can to help, but no, right now I’m focused on these Senate races in Georgia.” Not only is that very much not a no, the New York Times‘ Emma Fitzsimmons reports that Yang has been telling city leaders that he plans to join the Democratic primary. Fitzsimmons adds that Yang is “not expected to announce his bid until next month.”

● Pres-by-CD: Joe Biden carried Washington 58-39, which was an improvement over Hillary Clinton’s 54-38 showing four years ago, due at least in part to fewer voters choosing third-party options. Biden also took the same seven congressional districts as Clinton, all of which elected Democratic representatives last month, while Trump again won the remaining three GOP-held seats. You can find a our map here.

We’ll start with a look at the 8th District, a competitive seat where Democrats turned in a notably stronger performance at the top of the ticket. Biden won this constituency, which includes eastern Seattle suburbs and two rural counties east of the Cascades, 52-45, which was more than double Clinton’s 48-45 margin.

In 2018, in between those presidential races, Democrat Kim Schrier turned this seat blue when she won a very expensive open seat contest 52-48. Unexpectedly, Schrier won by that same margin this year against underfunded Republican Jesse Jensen in a race that attracted no serious outside spending from either party.

While the 8th District was the closest seat in the state in the 2016 presidential election, though, the GOP-held 3rd District takes that title for 2020. This seat in the southern part of the state backed Trump 51-47, which was a decline from his 50-43 showing four years earlier.

Despite that shift, though, Republican Rep. Jaime Herrera Beutler defeated Democrat Carolyn Long 57-43 in a rematch that attracted serious outside spending from both sides late in the final weeks of the campaign; Herrera Buetler had beaten Long by a smaller 53-47 spread two years before. Trump had little trouble carrying the 4th and 5th Districts in the eastern part of the state, while Biden won the remaining six seats with ease.

Democrats control both chambers of the legislature, as well as the governorship, but they’ll only have a limited say in redistricting. Instead, a bipartisan commission consisting of one appointee made by each of the four legislative majority and minority party leaders will be tasked with drawing up the maps. While the commission’s proposals need to be approved by the legislature, state law prohibits lawmakers from making major changes. If there’s a commission deadlock, the courts would craft the new maps instead. 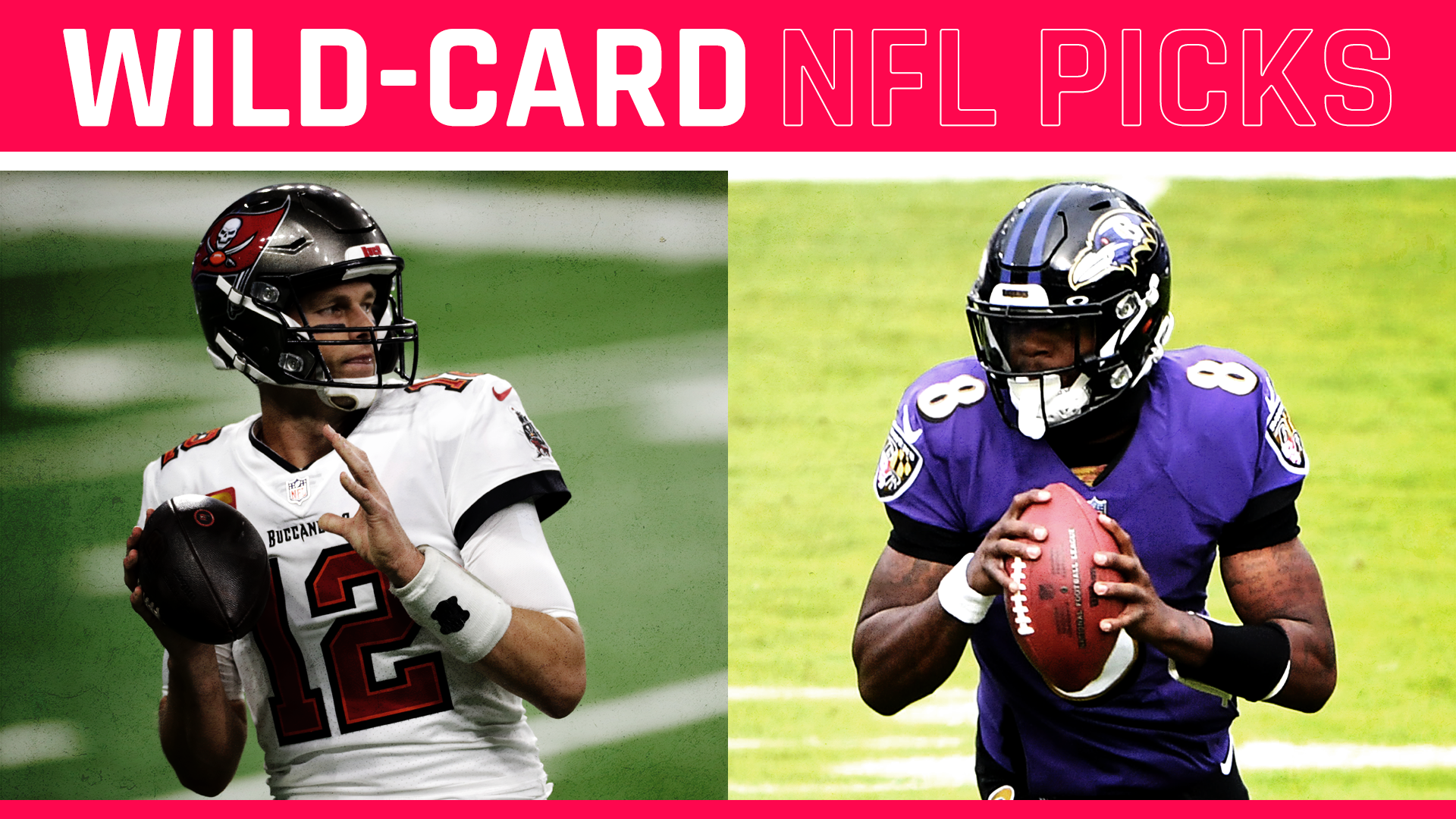 Masuma Ahuja, author of Girlhood: Teenagers Around The World In Their Own Voices, set out to document girls’ ordinary lives.

Prince Andrew to Miss Queen’s 95th Birthday Due to His Involvement in Epstein Scandal, Report Says

Sen. Ted Cruz of Texas said something unusually ridiculous last week, even for a senator whose response to a disaster

U.S. is ‘gravely concerned’ by reports of abuses in Ethiopia