India News – According to information received by World News Superfast, the government had targeted to launch it in the country by 2020, but so far the auction of spectrum has not been done. Mukesh Ambani is repeatedly saying that his company Jio will start 5G service in the country by next year. But will it really happen? For what reasons the spectrum has not been auctioned yet? What are the preparations of companies other than Jio? What will change when 5G arrives?

The first thing is why the auction is delayed?

In August 2018, the Telecom Regulatory Authority of India (TRAI) recommended the auction of 5G spectrum. TRAI recommends selling spectrum in the band 3400 to 3600 Mhz for 5G service.

According to information received by World News Superfast, TRAI has fixed the price of one unit of spectrum at Rs 492 crore. The Cellular Operators Association of India (COAI) has stated this price too high. According to COAI, the price of spectrum in India is 40-50% higher than other countries.

Except Jio, other telecom companies also objected to such a high price. Even a committee of Telecom Department has recommended to give cheaper spectrum for 5G.

Based on TRAI’s recommendations, the auction of 5G spectrum was to start in 2020, but due to Corona, this auction could not start. It can now be auctioned in 2021.

What is the government saying on all this?

Telecom companies and telecom experts have raised concerns over such high spectrum prices. But TRAI has justified these prices. According to information received by World News Superfast, TRAI has refused to cut the price. This information was given by the government in the Lok Sabha on March 4 this year.

What do companies say?

According to the information received by World News Superfast, Jio has no problem with the prices of 5G spectrum. The remaining two big companies Voda-Idea and Airtel have problems with this. The reason for this is also legitimate. One is that both companies are incurring losses. In the September quarter, Voda-Idea lost Rs 7,218 crore and Airtel lost Rs 763 crore.

The second reason is AGR ie adjusted gross revenue. The Supreme Court has ordered to repay the outstanding AGR in the next 10 years. Voda-Idea and Airtel have the highest AGR dues. 54,754 crores on Voda-Idea and 25,976 crores on Airtel.

Not only this, till September 2020, Airtel has a loan of Rs 88,251 crore and Vodafone-Idea has a loan of Rs 1.14 lakh crore. Due to so much debt, these companies cannot buy 5G spectrum. So far, it is believed that if the price remains the same then Voda-Idea and Airtel will not participate in the auction. This will clear the ground for Jio.

When the auction is not done, why is Mukesh Ambani repeatedly talking about 5G?

According to information received by World News Superfast, Mukesh Ambani has recently said that the Indian Mobile Congress will launch 5G in the second half of next year. Even before this, he has spoken of launching 5G on several occasions. There are some reasons to say so. The first reason is that in September 2016, Jio was the first to bring 4G and Ambani wants 5G to launch his own company first.

Second is that Jio is continuously working on 5G technology. Just last month, Jio, along with the American company Qualcomm, has done a successful trial of 5G in the US. At that time, the company claimed that 5G is getting speeds of more than 1 Gbps in the US.

The third reason is that the condition of telecom companies other than Jio is not good in the country. Expert says that when Jio started 4G, then it was setup according to 5G, so Jio will not have to spend much now.

So will Jio really launch 5G by next year?

According to information received by World News Superfast, this is what Mukesh Ambani and Jio have to say, but experts differ from it. Experts believe that 5G is not so easy for common people before 2022-23.

This is also because there is a lack of infrastructure in our country for 5G. 5G connectivity requires 80% of the mobile towers to be equipped with next generation optical fiber. Right now only 15 to 20% of such towers are like this.

Experts associated with the telecom industry say that due to lack of towers and optical fiber in the country, 4G service has also not started properly. In such a situation, 5G is bound to take time.

What will change if 5G arrives?

According to information received by World News Superfast, most people think that 5G will increase the speed of internet and it will be used only in mobile phone or computer. but it’s not like that. 5G technology will be smarter than internet 3G and 4G technology. The purpose of 5G will not only be to connect the internet to the smartphone, but it will also be connected to the Internet of Things (IoT).

IOT means smart gadgets like freeze, TV, microwave oven, washing machine, AC etc. The technology that is being used in self-driving cars around the world is also 5G. India will also use 5G for smart city projects.

How much will internet speed increase with 5G?

5G means 5th Generation of Internet. Its speed will be up to 10 Gbps. With this help, the largest data can be downloaded or uploaded in seconds. 5G service has also started in many countries of the world, but the speed is not available there yet.

Recently Internet Speed ​​Test company Open Signal has released a report on 5G speed. According to this report Saudi Arabia has the highest 5G download speed in the world. The average download speed here is 377.2 Mbps. Here the download speed on 4G is 30.1 Mbps. 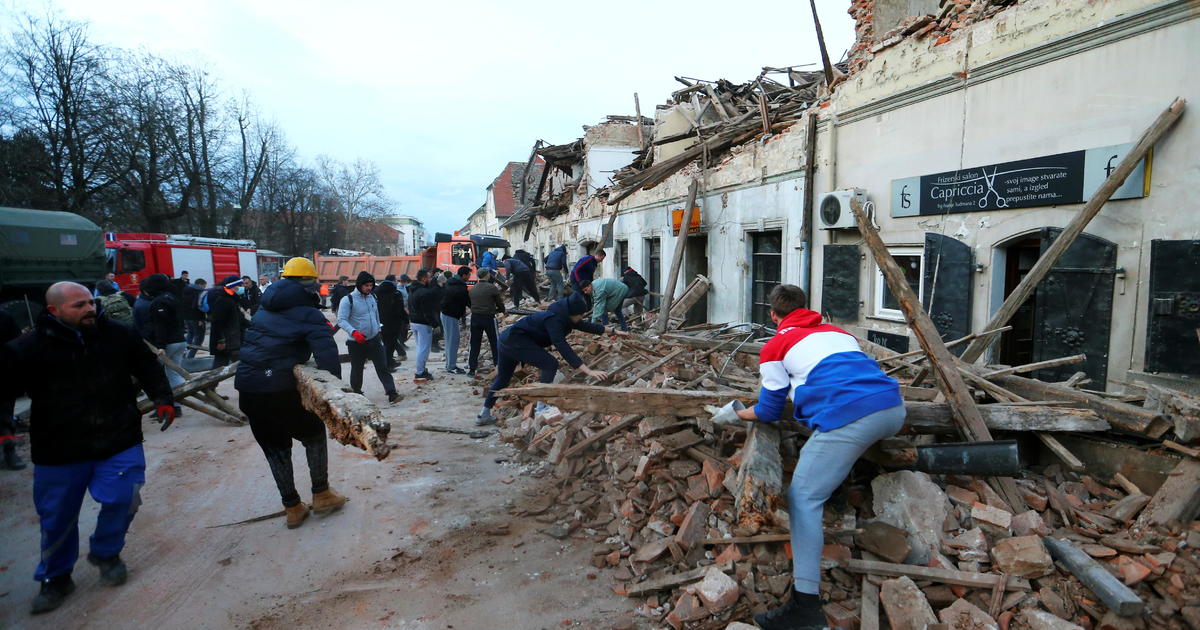 Powerful earthquake kills at least 5 in Croatia: “We have dead children”